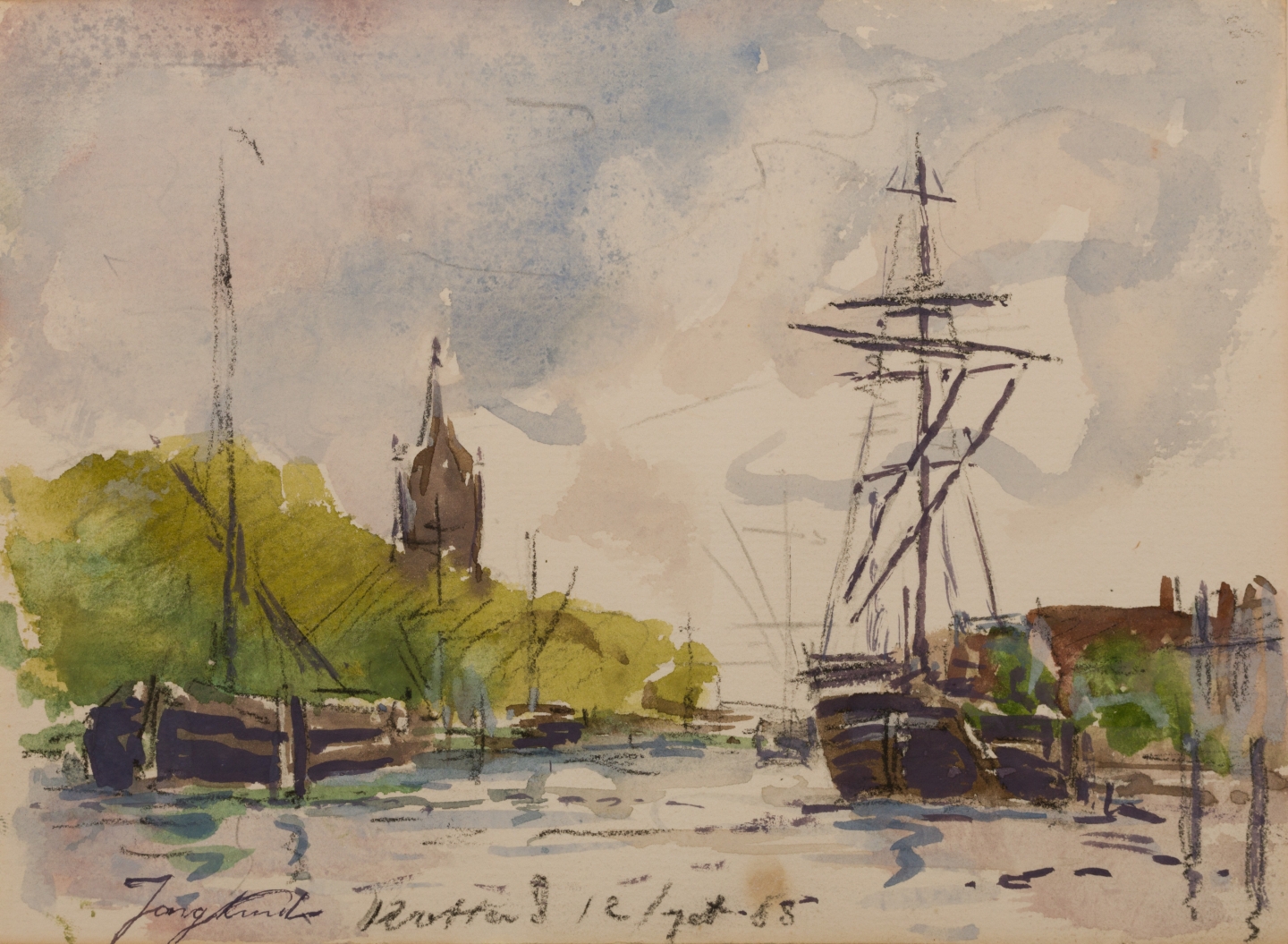 Jongkind used numerous sketches and studies he executed “en plein air” in order to be able to paint his oils in his studio. The famous Impressionist Eduard Manet called him the father of Modern Landscape and Claude Monet said that he learned to paint light in his compositions under the influence of Jongkind.

Although Jongkind was born in the Netherlands and was taught by the Dutch Romantic master Andries Schelfhout he soon travelled to France and landed ultimately in Paris where he became friends with amongst others Daubigny, Pissarro and Boudin.

Jongkind is an international artist with Dutch roots who is represented in most of the renowed museums like the Rijksmuseum Amsterdam, Musee d Órsay in Paris and several cultural institutions in France, Holland and the United States of America.

He was a key figure in the 19th century art and a pioneer to the movement of the Impressionism.

Next to city scenes he painted mainly coast-and riverlandscapes some of these in nocturne.

In this sketch we detect his swift, striking and virtuoso brushstrokes of which he was unique and very much sought after during his time and still nowadays.