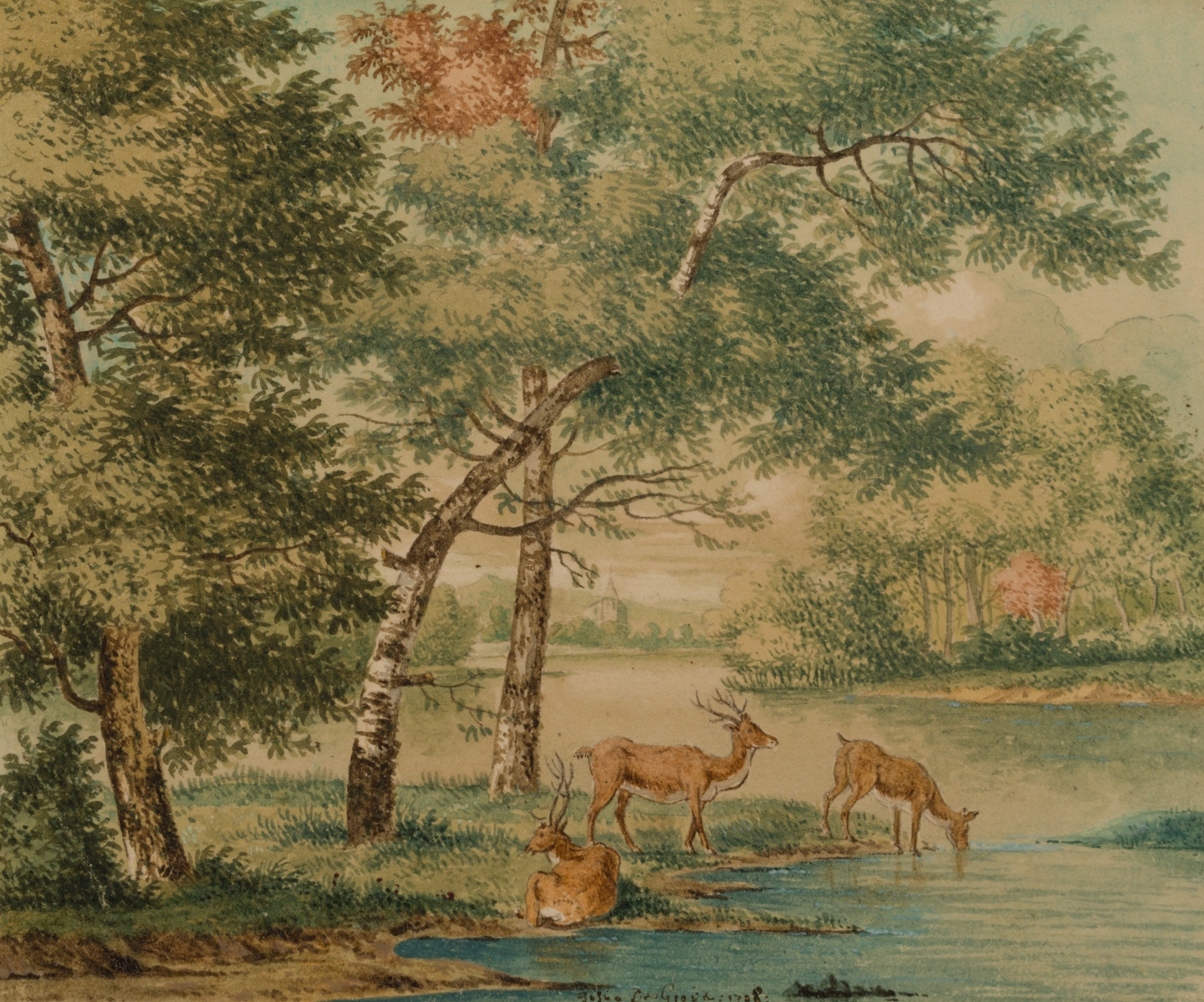 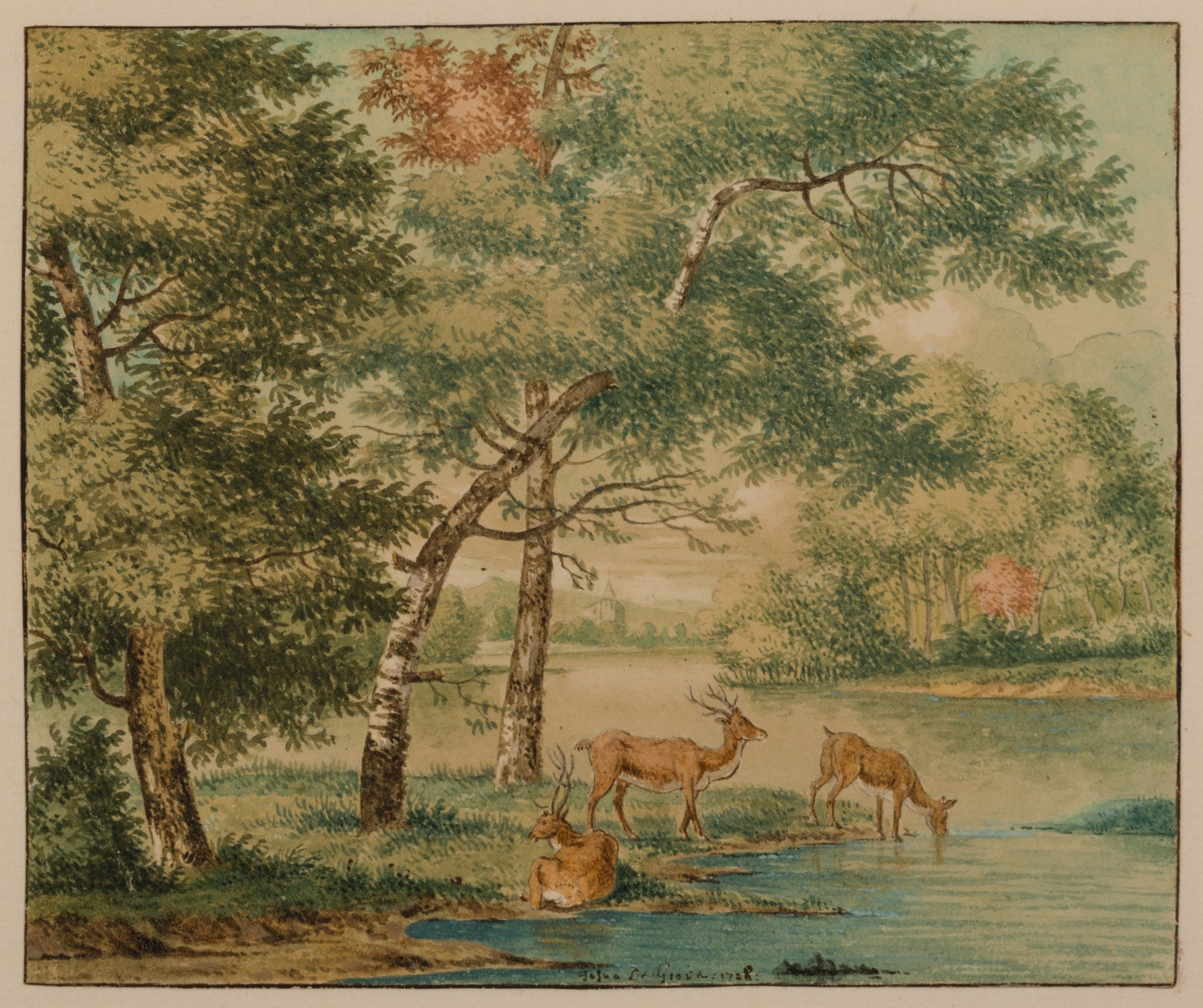 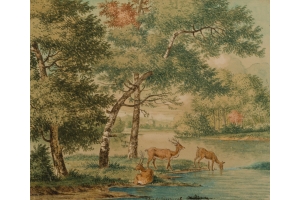 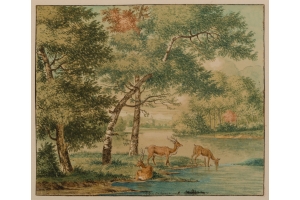 The painter and draughtsman Josua de Grave (Amsterdam, 1643-The Hague, 1712) was the son of Claude de Grave and Sara Bols. He had two older brothers, Pieter and Cornelis and one elder sister Jannetje. Josua became a member of the Lucas Guild Haarlem in 1659 together with Willem Romeijn and Gerrit Adriaensz. Berckheyde. He married Jenneton de Bisson in 1670 who gave birth to two daughters. His earlier works are predominantly topographical drawings with frequently military subjects, most dating between 1660's and 1670's and the earliest drawing known dated 1663 "bij Parijs tot Arcueil 1663" (at Paris and Arcueil 1663). His landscapes are mostly cities or villages in a landscape with the most attention given to the landscape, set up in broad horizontal lines. Most drawings ca. 96 x 165 mm; the dimensions of his sketchbook.

In the 1660's he spent several years in northern France. In 1668 he moved to Maastricht where he spent several years and later in 1671 to Bergen op Zoom. Together with Valentijn and Bernhard Klotz Josua de Grave followed the campaigns of Willem III of Orange against the French between 1674 and 1676. Here the three friends made many drawings of the daily life in the army encampments. Their renderings and styles are closely related and often confused, caused by the influences the artist had on each other. Bernhard Klotz was probably a pupil of Valentijn Klotz and Josua de Grave. Finally Josua settled in The Hague in 1672 where he painted italianate and fantasy landscapes, compositions with gardens and designs for wall panels.[1][2] He was influenced by Jan Both, Jan Asselijn and Nicolaes Berchem.

The present landscape drawing is a fantasy drawing, as the topography is less important and we see deer as the most dominant element in our drawing instead of buildings. This drawing is a very unusual one as most drawings by Josua de Grave are in pen and brown ink with grey wash, sometimes with blue and green wash added, but very seldom fully executed in watercolour like our drawing.

The drawing is preserved in immaculate condition, as until recently it was part of an Album Amicorum.[3]

[3] The authorship of Josua de Grave has been confirmed by Charles Dumas. Correspondence by email, 11-11-2015.