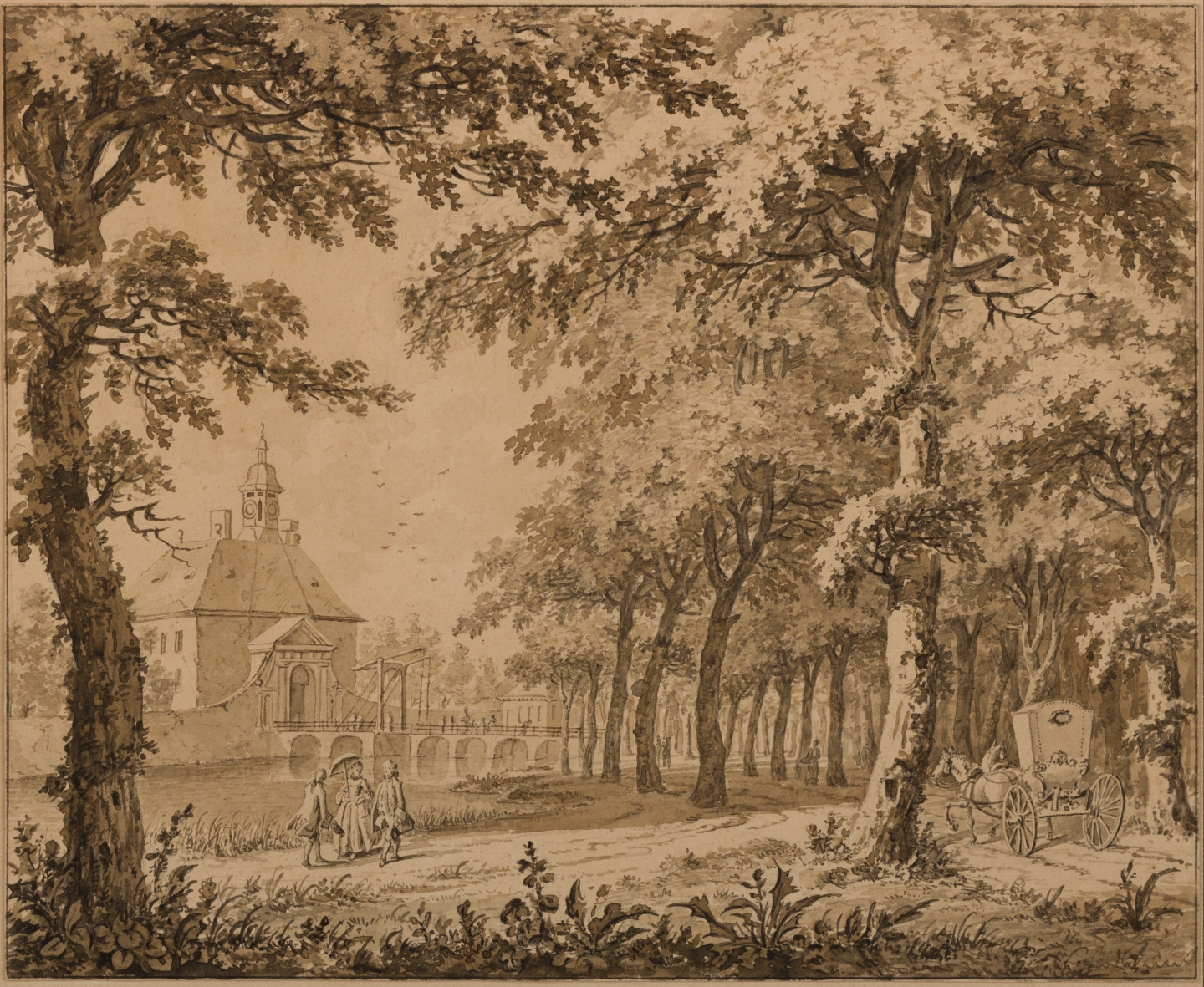 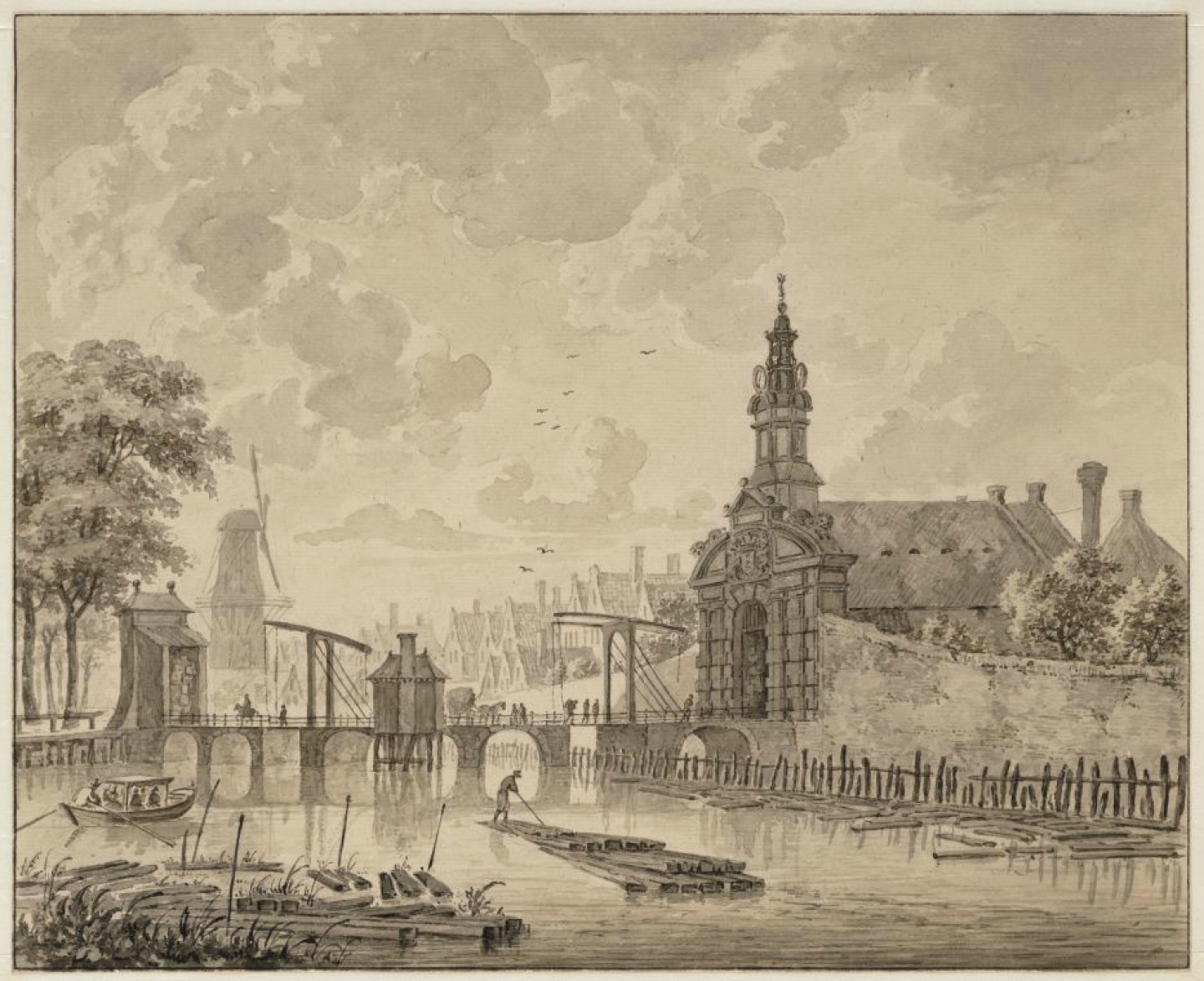 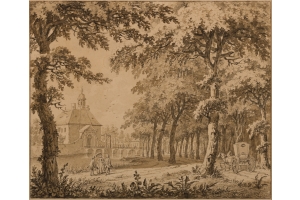 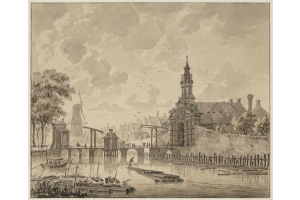 Johann Goll van Franckenstein was born as the eldest son of Johann Goll (1700-1747), banker and merchant in mercury and Amalia Lang (?-1773). By origin a german banker, Johann Goll (Frankfurt am Main, 1722-Velsen, 1785) came to The Netherlands around 1742 and founded a bank in Amsterdam where he made fortune. He married Maria Wilkens on 23 february 1747 who gave birth to three daughters and one son, Johan Goll van Franckenstein Jr. The couple moved to Herengracht 174 in 1765 and this address in the "kleine Gouden bocht" (Small golden bight) would become famous as a meetingplace for art lovers and Goll van Franckenstein's collection of drawings would become utmost famous.[1]

In 1766 he was ennobled to the peerage by the empress Maria Theresia of Austria for his services after which the addition "von Franckenstein" was added to the family name and he would call himself duke Goll van Franckenstein.

The ownership of a countryhouse was a confirmation of status and Johann acquired the countryhouse "Velserbeek" in Velsen which was sold by his daughter Amelia Maria. Here he would find time and place for both his passions; gardening and drawing. Landscape gardens became fashionably in the second half of the 18th century and Goll van Franckenstein was a passionate admirer. Collecting landscape drawings was regarded very favourable for develloping the right taste to design landscape gardens. Goll van Franckenstein was a passionate and very active collector of mainly 17th century Dutch Old Master drawings and his collection counted between five and six thousands sheets.

Velserbeek was sold to his son Johan Goll van Franckenstein Jr. in 1781 who would pay even more attention to the landscape gardenstyle with natural rivers, bridges, castles, ruins and even a hermitage, the latter which still exists.

Between 1793 and 1795 Hermanus Numan (1744-1820) was commissioned to make a series of fifteen drawings of the gardens of Velserbeek which he would depict in "Vierentwintig printtekeningen met couleuren, verbeeldende Hollandsche buitenplaatzen, met derzelver beschrijvingen. Na het leven getekent en in plaat gebracht door H. Numan. Amsterdam, 1797".

Though exact information remains unknown, Goll van Franckenstein Sr. was taught the beginnings of drawing by a wallpaper painter in Amsterdam. This remains visible in his drawings with much attention for spatial effects and low horizons. Goll made exclusively topographical drawings depicting the places where he lived and visited during travels (Amsterdam, Velsen, Gooi- en Vechtstreek, Rozendaal, Dordrecht and Germany)

This drawing shows the Muiderpoort, which was the east gate of Amsterdam, in 1765, just before the Muiderpoort collapsed in 1769 after which it was rebuilt after a new design.[2]

A closely related drawing, from a series of city gates present in the collection of the city archives Amsterdam (Haarlemmerpoort, Amsterdam). For these drawings Goll van Franckenstein used the engravings from Isaac Commelin's "Beschrijving van Amsterdam" as a basis completed by his own interpretations.[3](image 2)

Many thanks to Laurens Schoemaker, RKD, The Hague, for providing the provenance.[5]