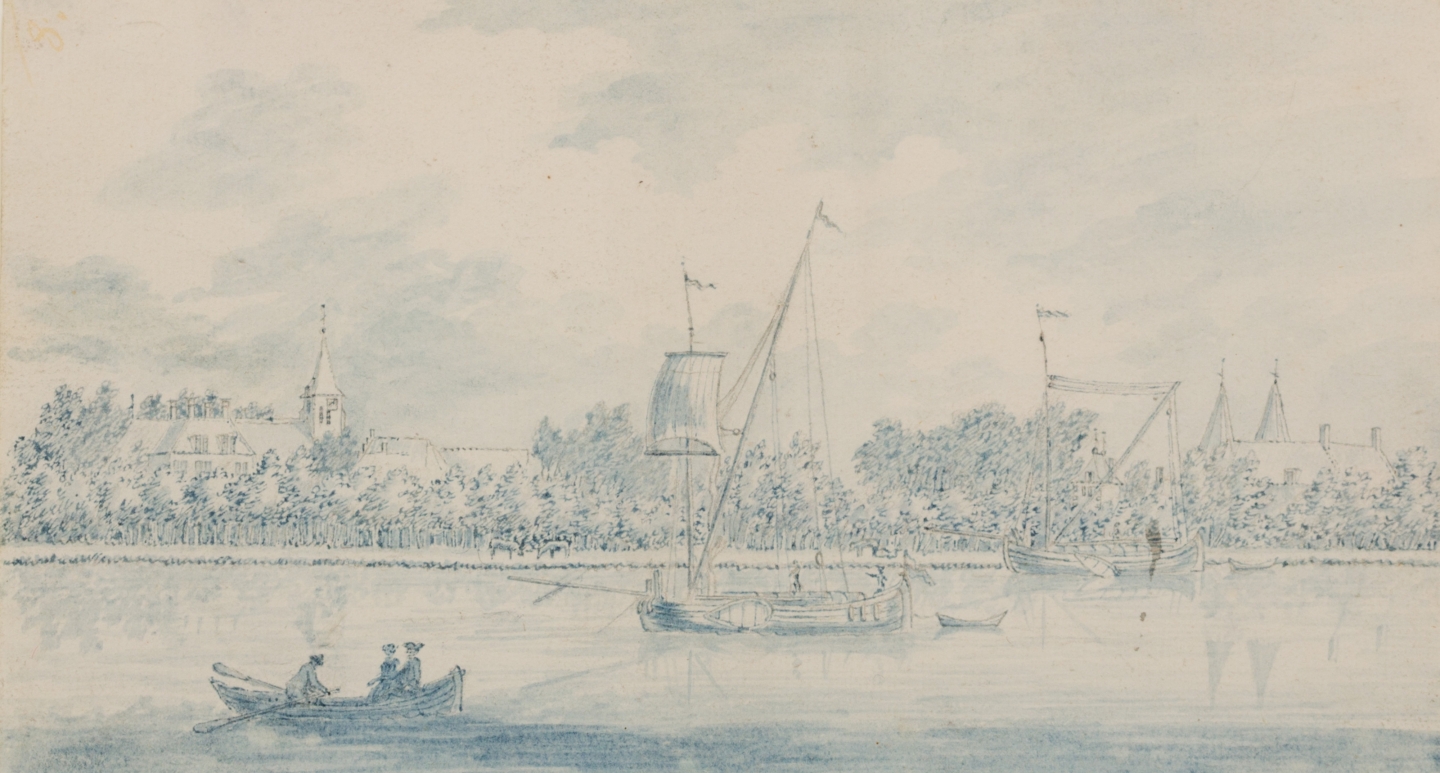 Van der Burg was a well to do man who owned a large collection of juwelry, drawings, paintings, books, gold and silver coins and medals, and prints. Though van der Burg is mentioned as "Konst-Schilder te Utrecht" (Painter in Utrecht) posthumously in 1774, his known oeuvre is utmost small compared to other contemporary (topographical) artists like Jan de Beyer.

Possibly a large part of his oeuvre was lost or more likely he was a dilettante who did not need to draw and paint to make a living out of it which could also clarify his small oeuvre. Evidence for this dilettante is all his signed and dated drawings date between April and October, from which we may conclude van der Burg was a summer draughtsman, just like Cornelis Pronk and Jan de Beyer.

He is mentioned by Van Eynden and van der Willigen as a landscapist whose drawings are very truly drawn after nature. A scholarship of van der Burg is unknown, though influences by Cornelis Pronk and his fellow citizen Jacob van Liender are evident. His active period dates between 1743 and 1770 based on signed and dated drawings. J van Hiltrop, J.C. Philips and C. Philips Jr. have engraved after Dirk van der Burg.

Our drawing shows a view drawn after life (ad viv: del:) of Langerak, seen from the river "De Lek" with in front of two samoreus ships a rowing boat with two elegant ladies. Clearly visible in the background on the left wing of the drawing is the characteristic Dutch Reformed Church of Langerak, which origins date from the 14th century, one of the oldest church buildings in The Netherlands.

Verso shows the so characteristic signature and annotation known from other drawings by van der Burg "Langerak. D.vd.Burg ad viv: del: 16 july 1756". Our drawing mentioned under no. 77 in the catalogue raisonné by Chr. P. van Eeghen.[2]