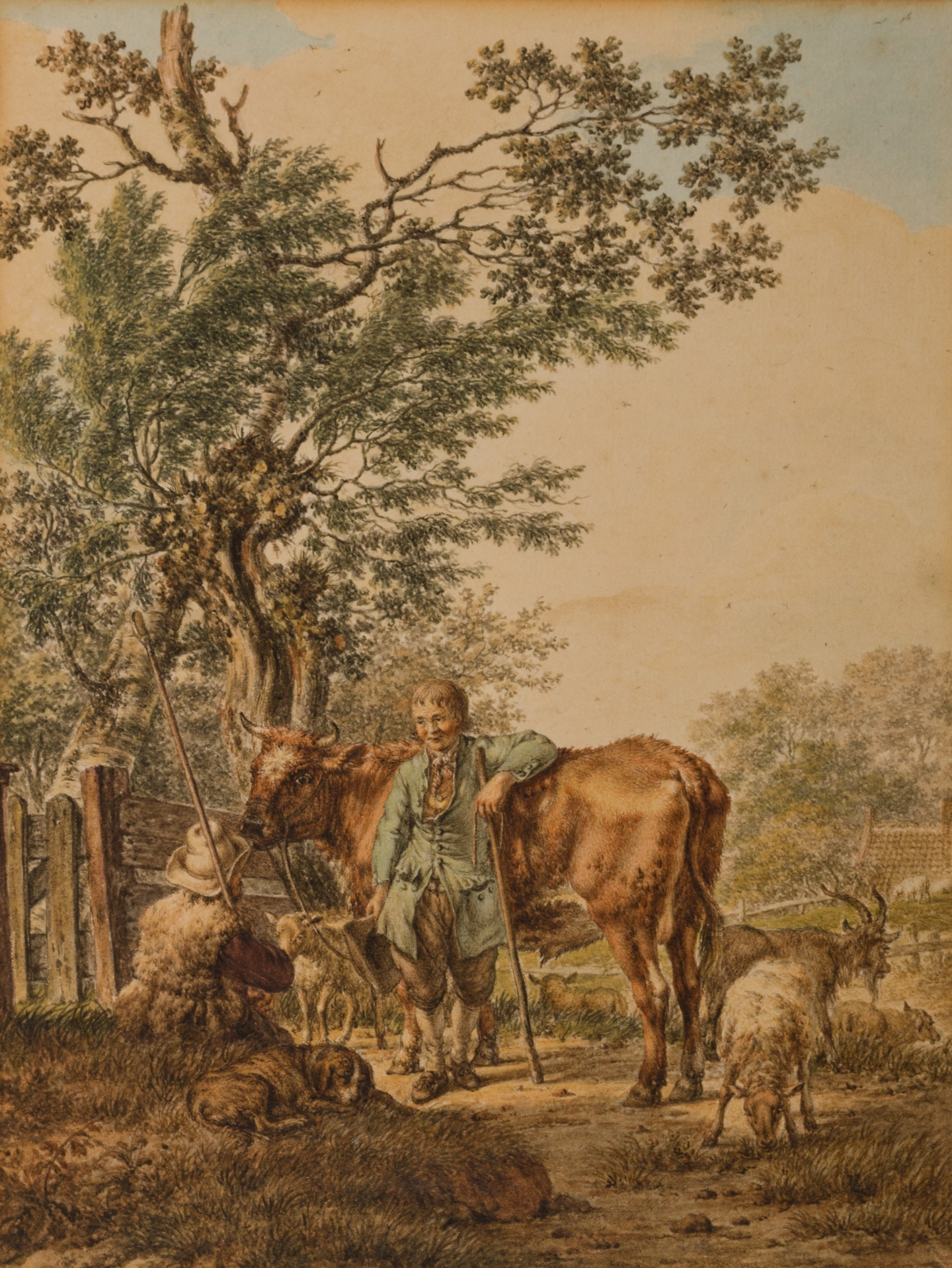 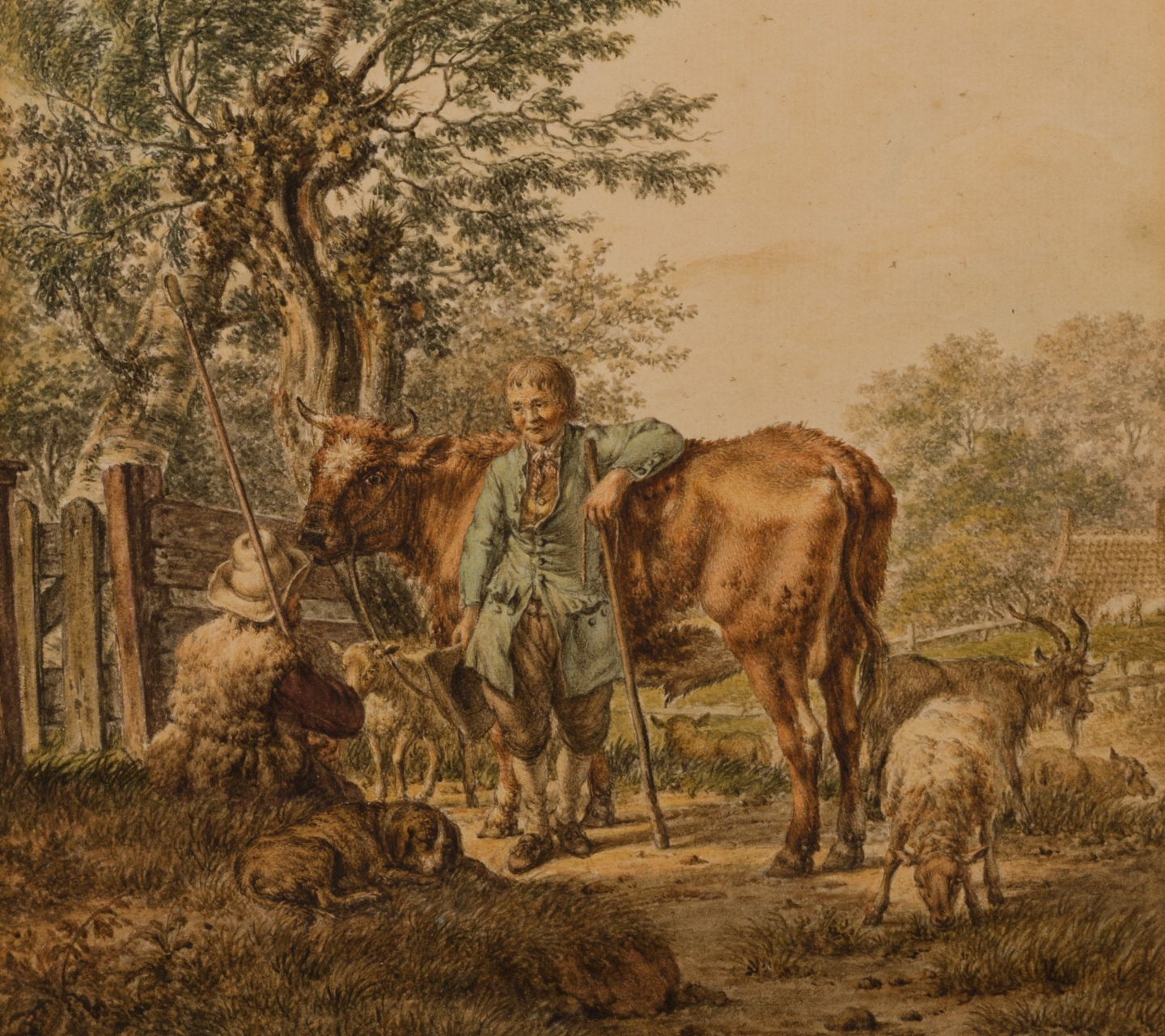 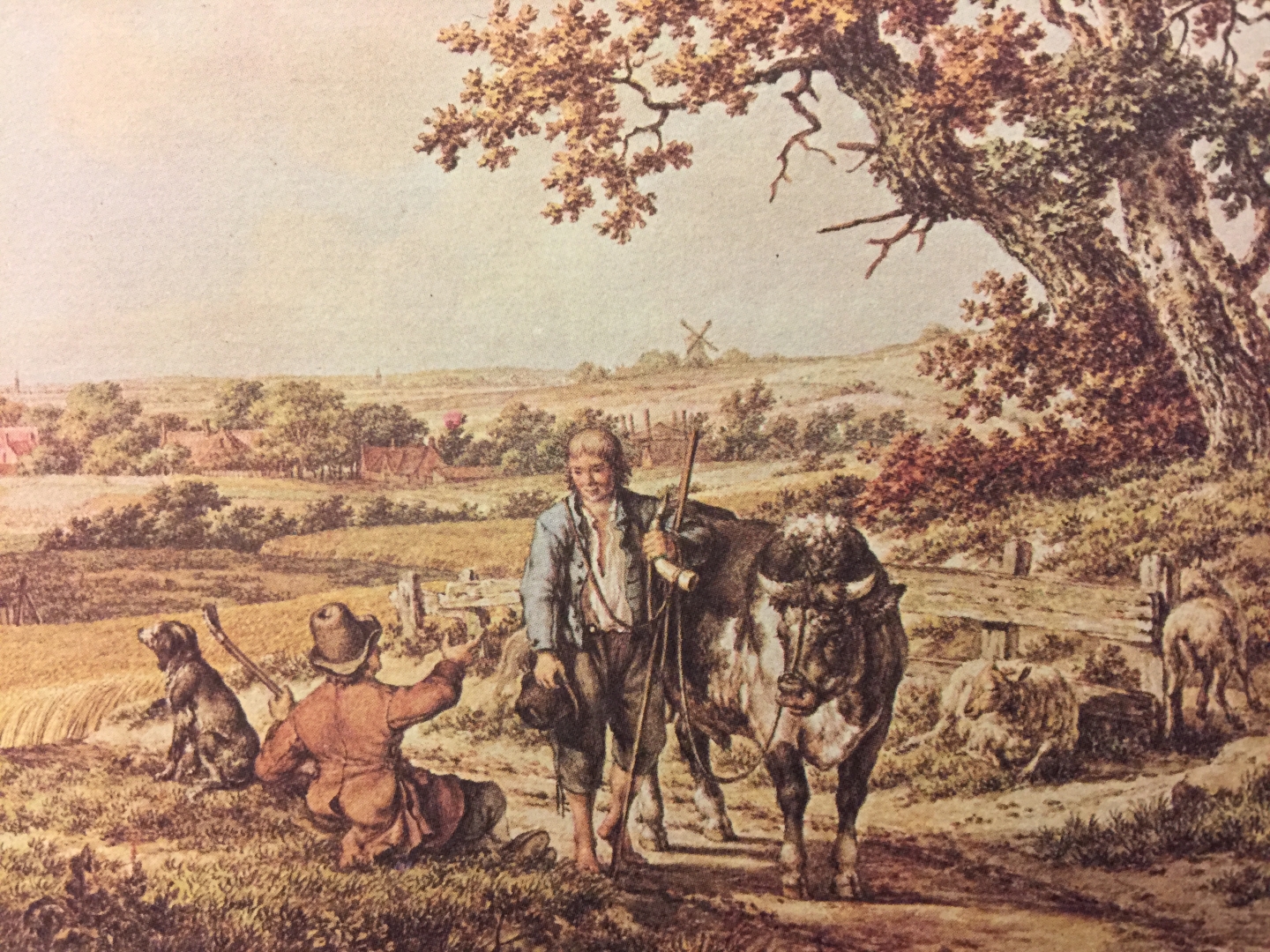 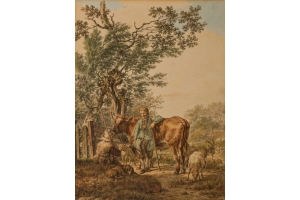 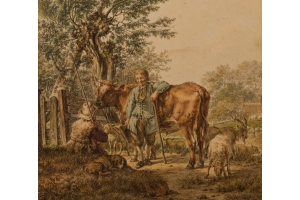 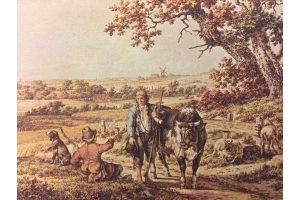 Jacob produced his first wallpapers after original designs by "den ouden Heer Goll" (Johann Goll van Franckenstein Sr., Cats' friend and financial patron) in 1762 after leaving Sollenburg. He also worked with Egbert van Drielst and painted staffage for his paintings. After a short scholarships with Abraham Starre(n) (1701-1778) and Pieter Louw (1725-1800) Jacob became a pupil of Gerard van Rossum (Rotterdam, 1669-1772) for three years after which he was contracted by Troost van Groenendoelen. He became member of St. Lucas in 1764. Jacob married Anna Hemme(n) (1741-1811) and the coulpe had three sons. After breaking the contract with Troost van Groenendoelen, the death of his father and Jacob's three sons all in the same year of 1772 and as the market for wallpapers deteriorated, Jacob hardly made wallpapers anymore and provided a living with drawing exclusively. These drawings are strongly influenced by 17th century landscapists.[1]

Jacob was believed to have a photographic memory ("uyt de Gedagten") which enabled him to draw at home landscapes he had seen in the open with the greatest veracity of detail. Most of his drawings are the artist's own inventions and show capriccios composed of the most beautiful scenes he had seen in the open field. He used a specific order of numbering his drawings (the so-called "Pseudo-Goll van Franckenstein Numbering System") which enabled him to easliy compose new versions with slight variations of drawings which seemed successfull on the contemporary market. This can be clearly proved by comparing our drawing with a drawing in the collection of the Amsterdams Historisch Museum, which shows almost the same central theme of two shepherds with a flock of sheep and a bull depicted with slight variations to our drawing.[2][3][4](image 3)

The fact that our drawing is unnumbered and doesn't bear the annotation (Uyt de Gedagten) which is found exclusively on drawings dated before 1784, states that the present sheet is a fine example of a highly finished drawing for the market executed in colour and with the greatest attention for detail showing Jacob Cats at his very best.