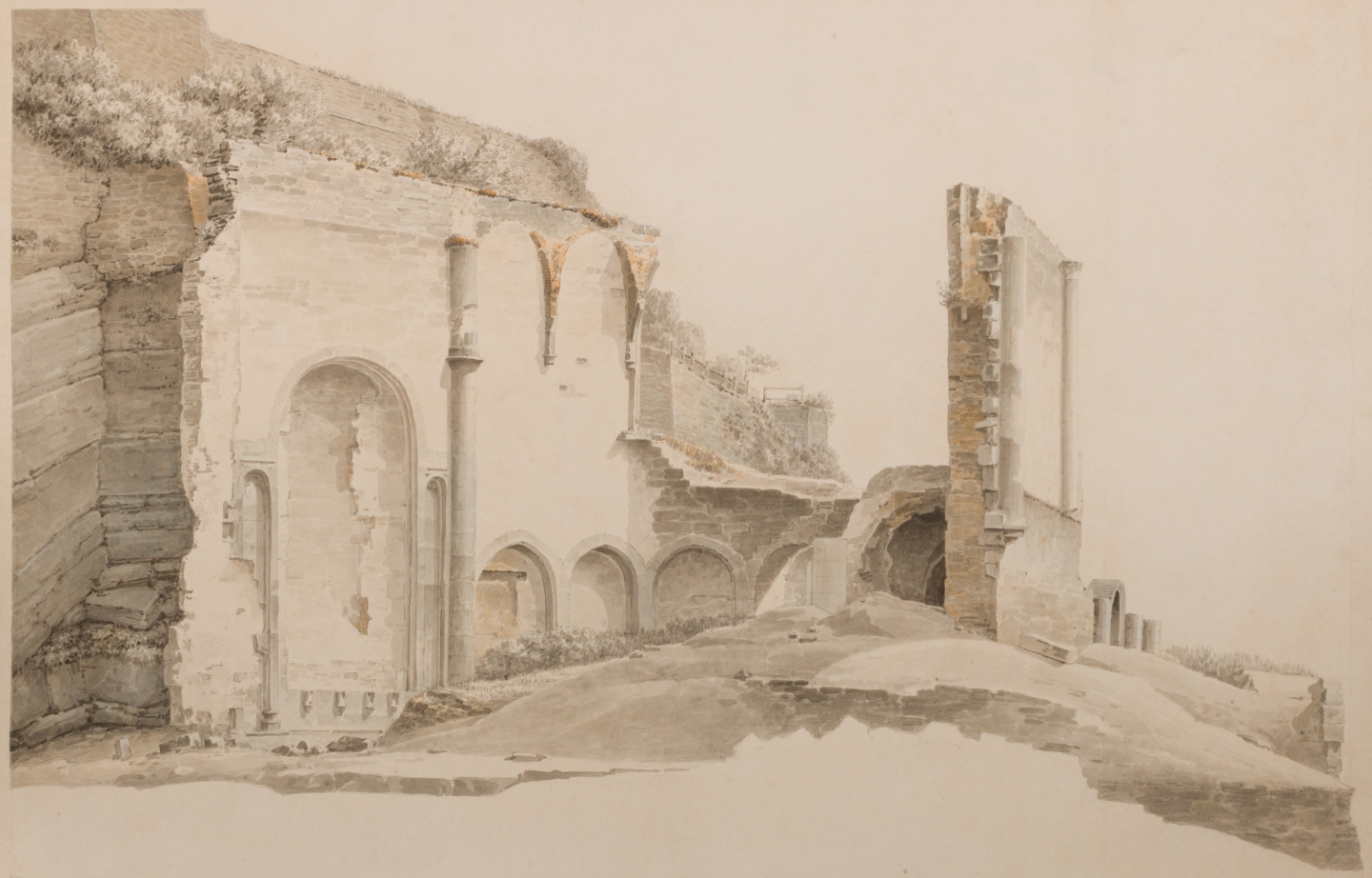 The Neoclassicist painter and draughtsman Josephus Augustus Knip (Tilburg, 1777-1847 Berlicum) grew up in an artistic environment as both his father Niclaudius Frederik Knip (1741-1808) and father in law Drexler were painters, mainly producing wallpapers for castles and decorative paintings for the free market. Except for his eldest sister, 4 of 5 children from the Knip family became painters with Josephus Augustus as the most promising of all.[1]

Knip attended the drawing academy of 's-Hertogenbosch between his 10th and 13th and left unsatisfied. His earliest known works are a painting for the estate "Pettelaer" (1795) and 4 crayon drawings, all 5 works depicting the French invading 's-Hertogenbosch (1795-1797).

Encouraged by Gerard van Spaendonck (1746-1822) and to avoid the fragile market in Brabant, Knip left for France in 1801. Van Spaendonck also was born in Tilburg and had a prominent position in Paris as Professeur d' Iconographie at the Musée Nationale d' Histoire Naturelle, where he advised and assisted dutch artists. In Paris Joseph married Antoinette Pauline Jacqueline Rifer de Courcelles (1781-1851), the couple divorced in 1824 after an unhappy marriage.

King Lodewijk Napoleon applied the Dutch Prix de Rome to the national needs, which also allowed landscapists, printmakers, sculptors, architects and floral painters to be eligible for this commission which was originally intended to be for painters of history pieces only according to the French Prix de Rome. In 1808 Knip received this Prix de Rome commission, which enabled him to devote himself to an artistic development. In Paris Knip received lessons in perspective by the famous P.Ch. Dandrillon (1753-1812). The petition for Knip's Prix de Rome was signed by no less than Jacques-Louis David (1749-1825) and François Gérard (1770-1837).[1]

As part of his Prix de Rome education, Knip made a travel along the river Maas nearby Namur in the summer of 1809 of which a few drawings have survived. One sheet with drawings of this travel preserved in the Collection Ploos van Amstel Knoef, which shows ships on the Maas together with boats he drew later on in Rome.[3][4]

Furthermore, Knip made several drawings of the ruins of a monastery nearby Namur of which our drawing is a splendid example. One copy preserved in the coll. Noordbrabants Museum which is of about the same size as our drawing and depicts the ruins of the monastery seen from a slightly different angle. Another version sold in the rooms of Dorotheum, Vienna.[5][6]

In 1810 the Kwekeling (pupil) Knip delivered a painting for the "Tentoonstelling van Nederlandse Levende Meesters te Amsterdam" (Exhibition of Dutch living Masters in Amsterdam) titled Gezigt op de Abdij van La Marche bij Namen (view on the Abbey of La Marche Namur) of which the drawing in the coll. Noordbrabants Museum s'-Hertogenbosch and our drawing are studie versions.[7]

Between 1809 and 1812 Knip went to Italy to accomplish his scholarship where he spent most of his time in Rome and it's vicinity. Here he also made travels to Tivoli, the Sabine mountains, Naples, Terni, Palestrina and the lakes Albano and Nemi. In 1812 he returned to Paris again with 570 studies of which the vast majority were sapverven (the old dutch terminology Knip used for his drawings in pencil and wash) and 80 paintings; "ik rijsde in post en bezat tans een portfulje met 570 stuks modellen meest in sapverf en Olyverf". This portfolio would remain a life lasting and valuable source for his further career untill Joseph became blind in 1832.[8]

Unfinished drawings by Knip (just like our drawing) are the most appreciated ones amongst collectors and musea as the composition retains more optical strength. Comparable unfinished drawings were part of the collection Ploos van Amstel Knoef and the Unicorno Collection of Saam and Lily Nijstad.[9]

Recently the Rijksmuseum Amsterdam purchased a large collection of 46 drawings by Josephus Augustus Knip, which were part of the collection Prof. I.Q. van Regteren Altena (1899-1980). This set was purchased prior to the auctions organised by Christie's in London, Paris and Amsterdam. These drawings were made between 1809 and 1812 during Knip's visit to Rome at the end of his Prix de Rome travels.