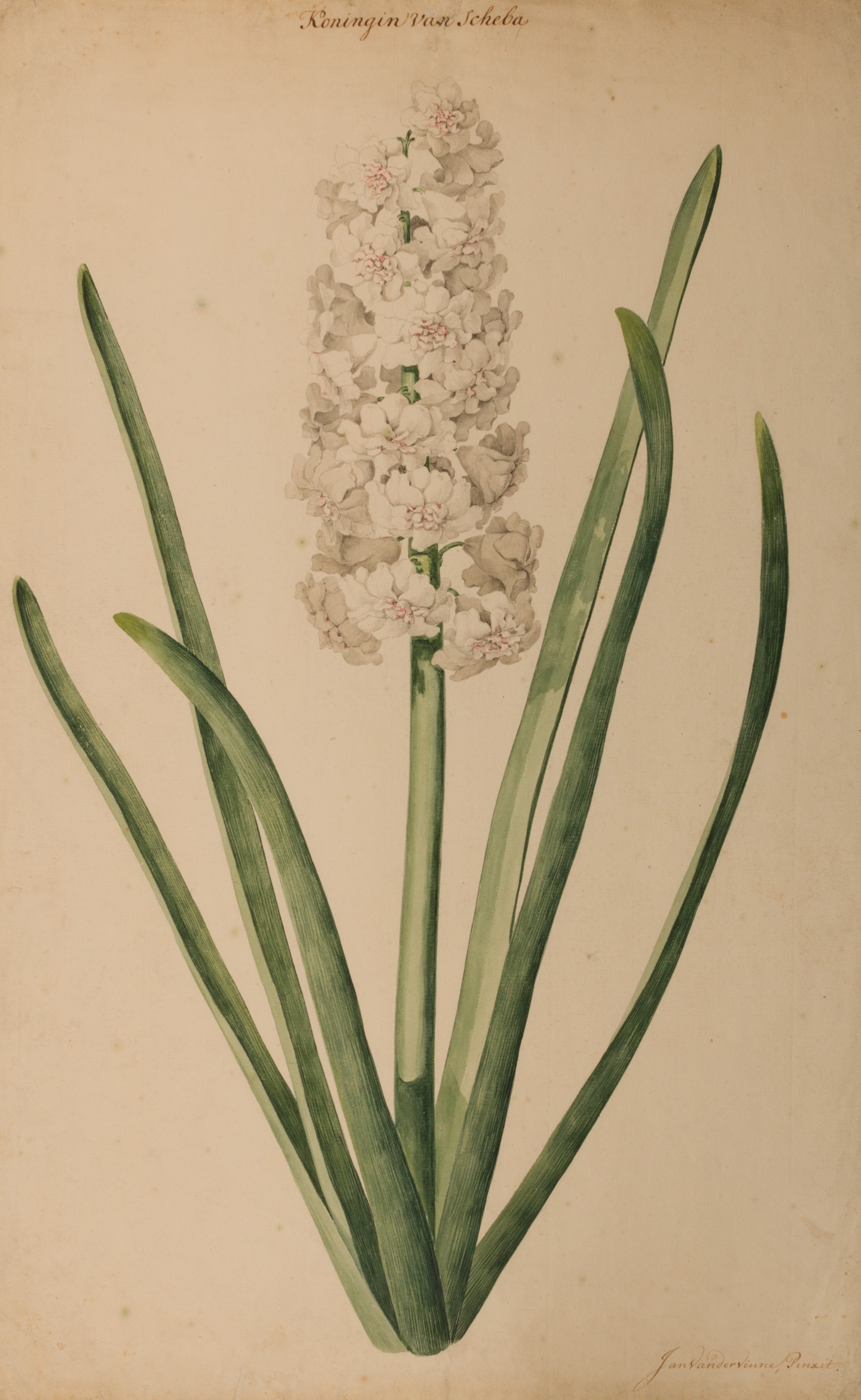 Well known and very famous is the Dutch "Tulip Mania" from c. 1634-1636, when single tulip bulbs fetched amounts of 20.000 guilders during this hausse. Renowned painters like Jan van Goyen lost a fortune after the mania crashed and the crach was evident.

Less well known is the "Hyacinth Mania" which arose a century later when prices for a single hyacinth bulb reached the level of a house in Amsterdam during the "Silver Century".[2]

About forty tulip albums with drawings survive and one single album with hyacinth drawings came to the market in 1996 with Sotheby's, Amsterdam. This album consisted of forty-nine drawings, of which thirty were by Hendrik Budde and twelve by Jan Laurensz. van der Vinne and one single sheet by his elder brother Vincent van der Vinne.[3]

Our drawing is exactly the same species as is the "Koningin van Sceba" drawing in the Sotheby's album.[3]