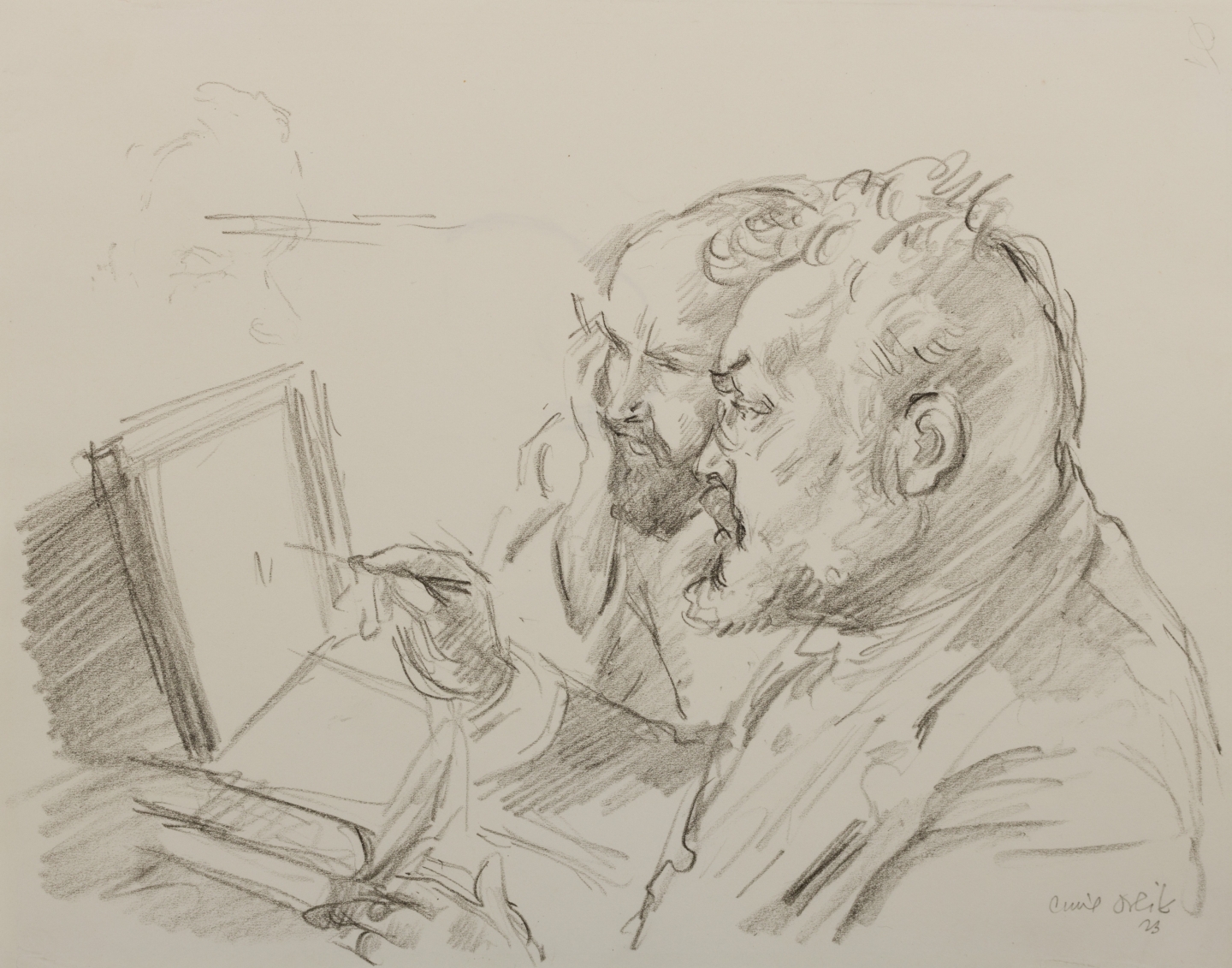 Born in 1870, Orlik was a student of the private Art School of Heinrich Knirr, where he met his fellow student Paul Klee. He enrollad afterwards at the Munich Academy where Emil experimented with printing techniques which reached beyond Prof. Raab's knowledge. Through his friendship with Rainer Maria Rilke, Orlik was introduced as a book illustrator. His life-long friendship with Munich fellow pupil Bernhard Pankok origins from his early artistic days, when Emil was mostly active as a printmaker.

In 1897 Max Lehrs of the Kupferstichkabinett Dresden, started collecting graphic works by Orlik and he may be regarded as Orlik's discoverer. Orlik travelled a lot and visited Paris often, where he met Felix Vallaton. In 1899 he lived in Vienna where he exhibited at the Vienna Secession where Japonism became of high importance, attracting artists like Käthe Kollwitz, Max Liebermann, Auguste Renoir, Henri de Toulouse-Lautrec and Camille Pisarro. In 1900 Lehr introduced Orlik to Max von Gomperz, who became his parton. Later that year Emil made his first travel to Japan which would become a huge source of inspiration for him.

From 1904 till 1930 Orlik was head of department at the Academy of the Museum of Applied Arts Berlin, where George Grosz was one of his students. Orlik met the Berlin Secession group with Max Liebermann and Max Slevogt, the latter together with whom Orlik founded the SPOG group (Slevogt, Pankok, Orlik and the dentist and amateur artist Dr. Josef Grünberg)

As well artistically as documentary, our drawing is a most interesting one, which shows one of the leading German impressionists Max Slevogt (1868 Landshut-Neukastel 1932) at work in company of one of his greatest collectors, the dentist Dr. Josef "Bolschi" Grünberg, the two drawn by Emil Orlik.

In this intimate artist's portrait, three of the four members of the confrerie SPOG (Slevogt, Pankok, Orlik, Grünberg) are interconnected. The previous owner of this most personal drawing was Prof. Dr. János Plesch, who was the doctor of the Berlin upper-class cosmopolitan society and hence the doctor of Max Slevogt and close friend of Dr. Grünberg. Grünberg on his turn was close with artists like Max Liebermann and August Gaul but also had connections with Albert Einstein and Fritz Haber. Einstein gave Grünberg his nickname "Bolschi" cause of his russian descent.

Grünberg was a pioneer and experimenter with printing techniques and invented the "Hydropresse" due to which instead of twenty-five fine impressions, about one thousand excellent impressions could be taken without tiring the plate. The members of SPOG experimented with dozens of media they used to etch on (glass, steel, porcelain, etc etc) as well as what they used as printing media (paper, slik, leather, cloth etc etc).[1]

Slevogt was the leading member of SPOG as Orlik has caricatured in the drawing portraying Slevogt as the "Maharadscha von SPOG".[2]

Orlik died on the 28th of Spetember 1932 of a heart attack, nine days after the death of his beloved friend Max Slevogt.