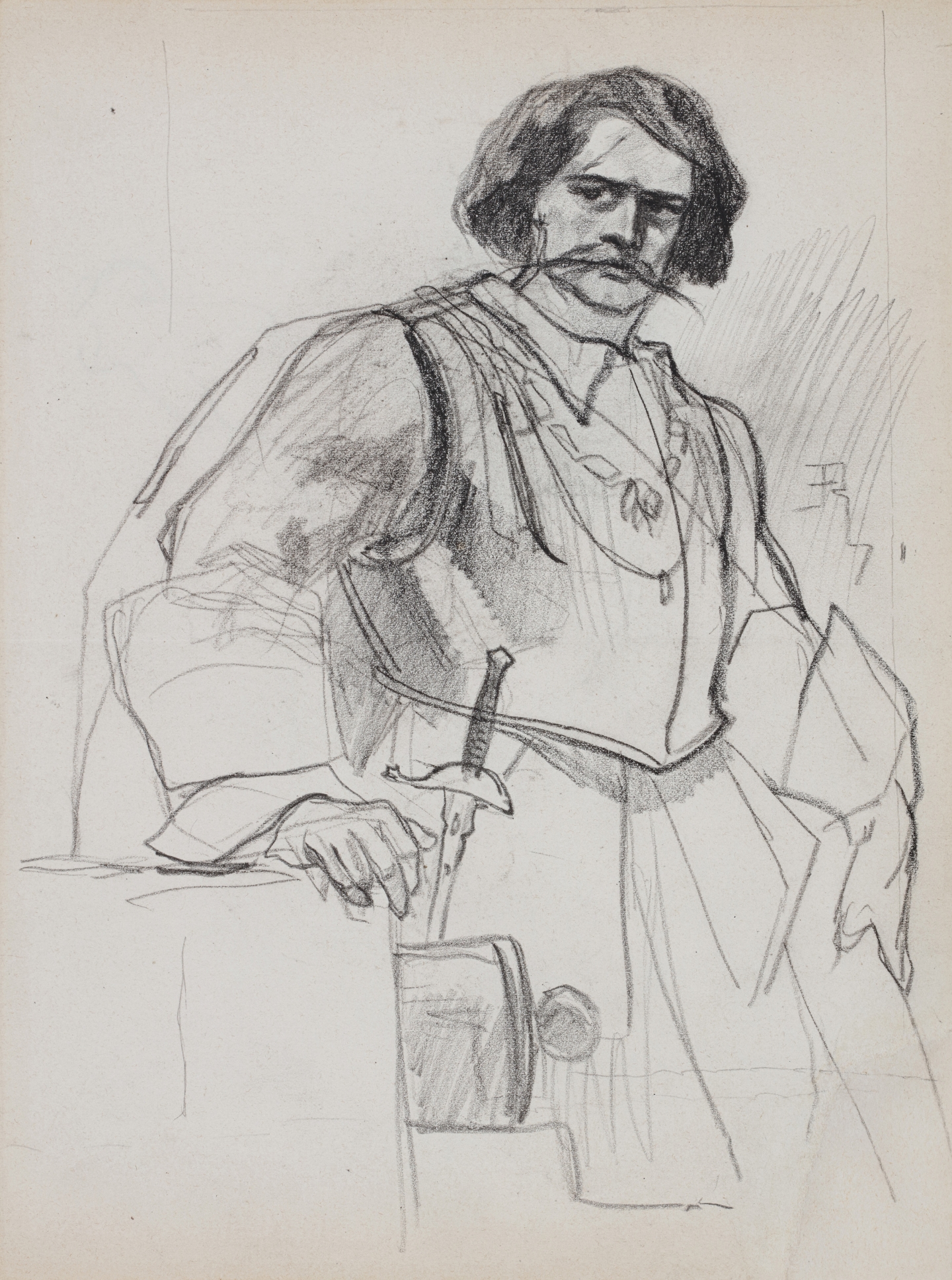 In 1857 he marries Charlotte Polet de Faveaux, who inherits chateau Thozée, where Félicien hosts most of his artistic friends. Through the editor Auguste Poulet-Malassis Rops is introduced to the famous etcher Félix Bracquemond and Charles Baudelaire, the latter who brings a radical change into his career. Together with his friend Armand Rassenfosse Félicien develops the Ropsenfosse technique.

Rops' Magnum Opus "Les Cent Légers Croquis sans prétention pour réjouir les honnêtes gens" (One Hundred light-hearted sketches without pretentions to rejoice the honourable people) (1878-1881) consists of two albums with a total of 114 drawings commissioned by the Parisian bibliophile Jules Noilly. Rops produced these albums in the same period as his other Chefs-d'Oeuvre The Temptation of Saint Anthony and Pornocrates. The drawings were mounted in lightblue passé-partouts and bound into two albums by the famous bookbinder Marius Michel. After Noilly's death the albums were auctioned and the drawings got dispersed.[1]

The artist opens "Le Cent Légers...." with the drawing "Rops dans son atelier aved son modèle" where we see the dandyesque Rops with his half-naked model and a blank canvas on the right with dedication "A Mr. J. Noilly". Apparently Rops just finished a drawing which stands on his easel and most probably is "Le Beau Paon".[2]

Our drawing shows the mature and self-assured artist dressed as chevalier with his right hand resting on the carriage of a cannon, especially the head and facial expression drawn with much bravura. The present sheet has the same dimensions as the drawings in the "Les Cent Légers..." albums which affirms the connections between this recently discovered important self-portrait, it's patron and the series of drawings.

It was bound into a deluxe private-copy of Alfred Delveau's "Les Cythères Parisiennes. Histoire anecdotiques des bals de Paris", Paris, E. Dentu, 1864, with an etched frontispice and 24 plates on chine appliqué by Félicien Rops and Emile Thérond from the private-collection of Jules Noilly together with an autograph letter by Rops addressed to Jules Noilly, dated 2 May 1880. In the letter Rops apoligizes for not being home when his commissioner wanted to pay him a visit. The book with manuscript letter comes with the drawing.