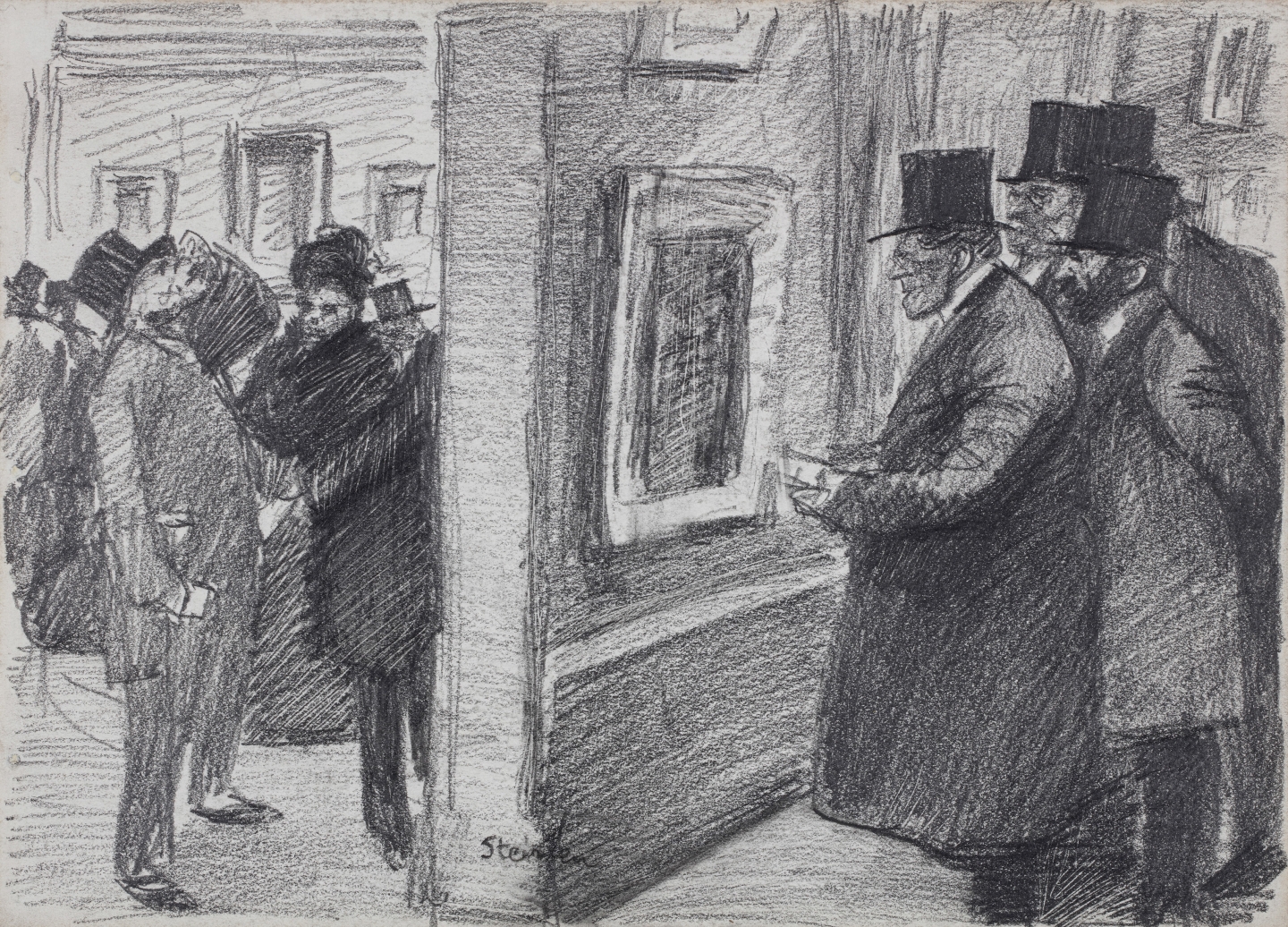 Who mentions Montmartre, mutually names Steinlen, as the artist and neighbourhood are strongly intertwined with each other.

The Swiss born Théophile-Alexandre was raised in an artistic family. He left his studies Theology early and acquiried some artistic skills at the Mulhouse textile factory. Inspired by Emile Zola's L'Assommoir the young artist and his wife Emilie leave for Paris where the couple arrives in October 1881, just one month before Rodolphe Salis' cabaret Chat Noir opens it's doors of future fame initiating the birth of the French Chanson, Galanty Shows and Ballroom dancings. Adolphe Willette introduces Théophile-Alexandre to Rodolphe Salis and Steinlen settles in the rural and artistic Montmartre in an environment of boundless freedom of expression.

Steinlen reports the local Parisian daily life with a humanistic and socialistic vision. He shows the harsh, selvidge and disenchanting faces of society. His illustrations and the red-hot introduced freedom of the press make Le Chat Noir a huge success and establish both Steinlen's and Le Chat Noir's fame. The Butte Montmartre would become the ultimate counterpoise for the bourgeois and it's ideals.

From October 1885 he illustrated (just like Henri de Toulouse-Lautrec) for Aristide Bruant's cabaret and magazine Le Mirliton and from 1891 for Gil Blas.

After his exposition at "Salon des Indépendents" in 1893 Steinlen has his first great and very successful retrospective exhibition "Exposition de L'Oeuvre Dessiné et Peint de T. A. Steinlen" at La Bodiniére from 10 April until 15 May 1894 for which he designed the poster as well.

Steinlen's by far most famous commission was his affiche for "La Tournée du Chat Noir" in 1895. This affiche icon not only promotes the eponymous cabaret but also his intense love for cats.

A big and warm thank you to Madame Claude Orset who has kindly proposed the present drawing might depict the vernissage to the first great retrospective exhibition of Steinlen "Exposition de L'Oeuvre Dessiné et Peint de T. A. Steinlen", at La Bodiniére, 18 Rue S Lazare, Paris, 10 April - 15 May 1894.