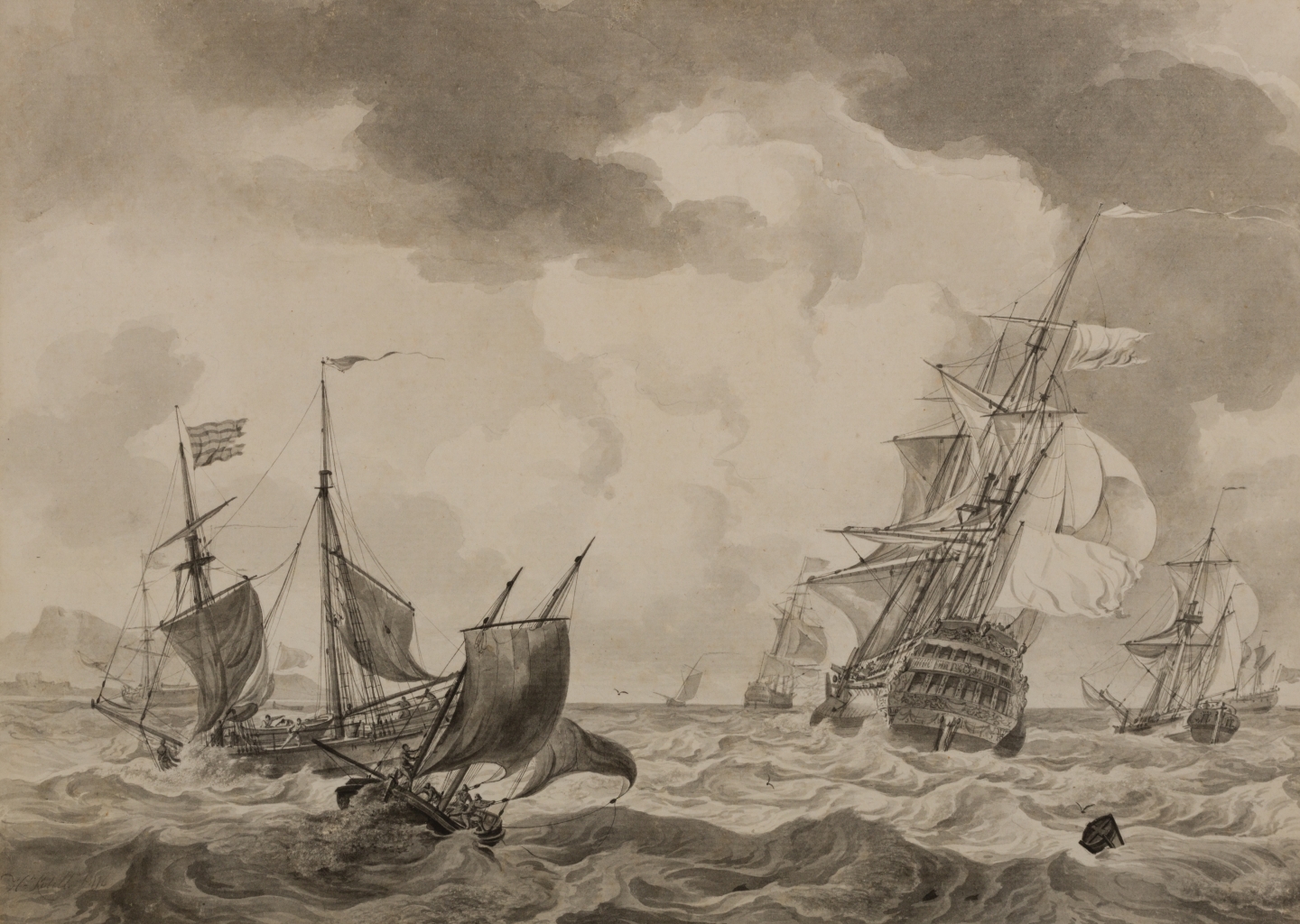 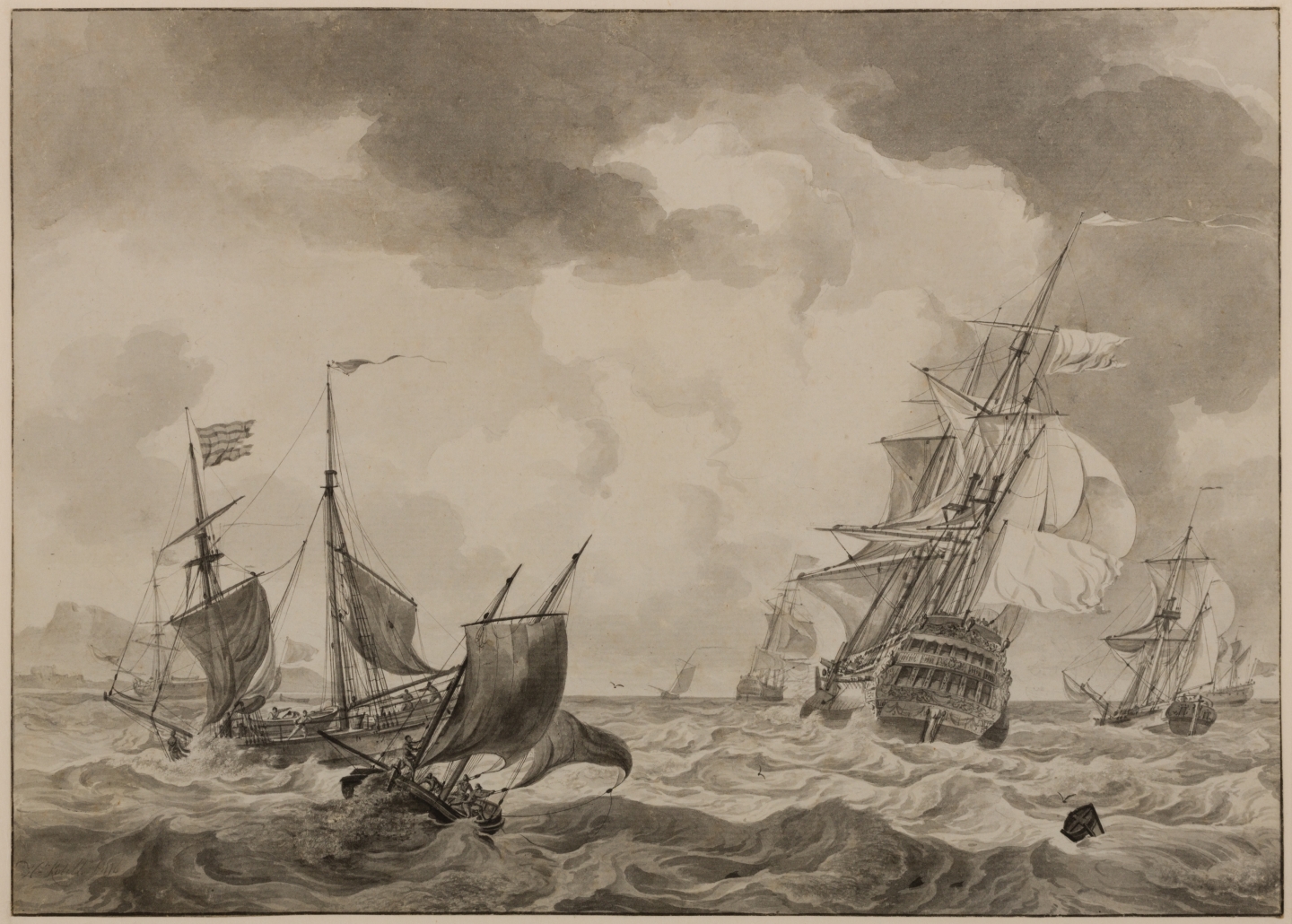 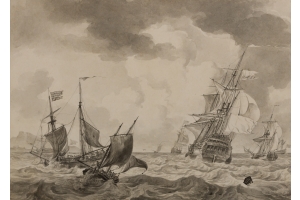 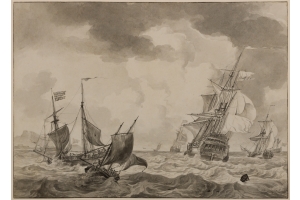 The Kobell family finds it's origins in Frankfurt am Main with connections to Ferdinand, Franz and Wilhelm Kobell. Already at early age Hendrik Kobell was drawing ships in the harbour of his native city Rotterdam. He was trained by Franciscus Xavery (1740-1799) and his nephew Ferdinand Kobell (1740-1799). Sent by his father, he spent several years in London, training his skills as a marine draughtsman.[1]

The young adolescent returned home and found his harbour in Amsterdam during the next two years where he joined the Stads Teeken-Akademie (City Drawing Aacademy) and Pax Atrium Nutrix in 1771 where Hendrik enjoyed the patronnage of Jacob de Vos and Cornelis Ploos van Amstel. After a travel to France he finally settled again in Rotterdam where he became friends with Dirk Langendijk. In 1774 Hendrik married Anna Deter and the couple had two sons. Hendrik's brother Johannes Kobell (1756-1833) was peintre-graveur as well and Hendrik's son Johannes Baptist Kobell (1778-1814) became a famous cattle painter in the tradition of Paulus Potter (sadly the son died of insanity just like his father).[2]

The tempestuous Hendrik was a true spitfire and found his unfortunate early death in 1782 caused by insanity which led to his jumping out of the window of his sleeping room causing the injuries due to which he died.

Our drawing, dated 1776 and hence made during his final stay in Rotterdam, is believed to depict a moment of rest during the battle at the street of Gibraltar in 1607 with the rock of Gibralter visible on the left.[3]