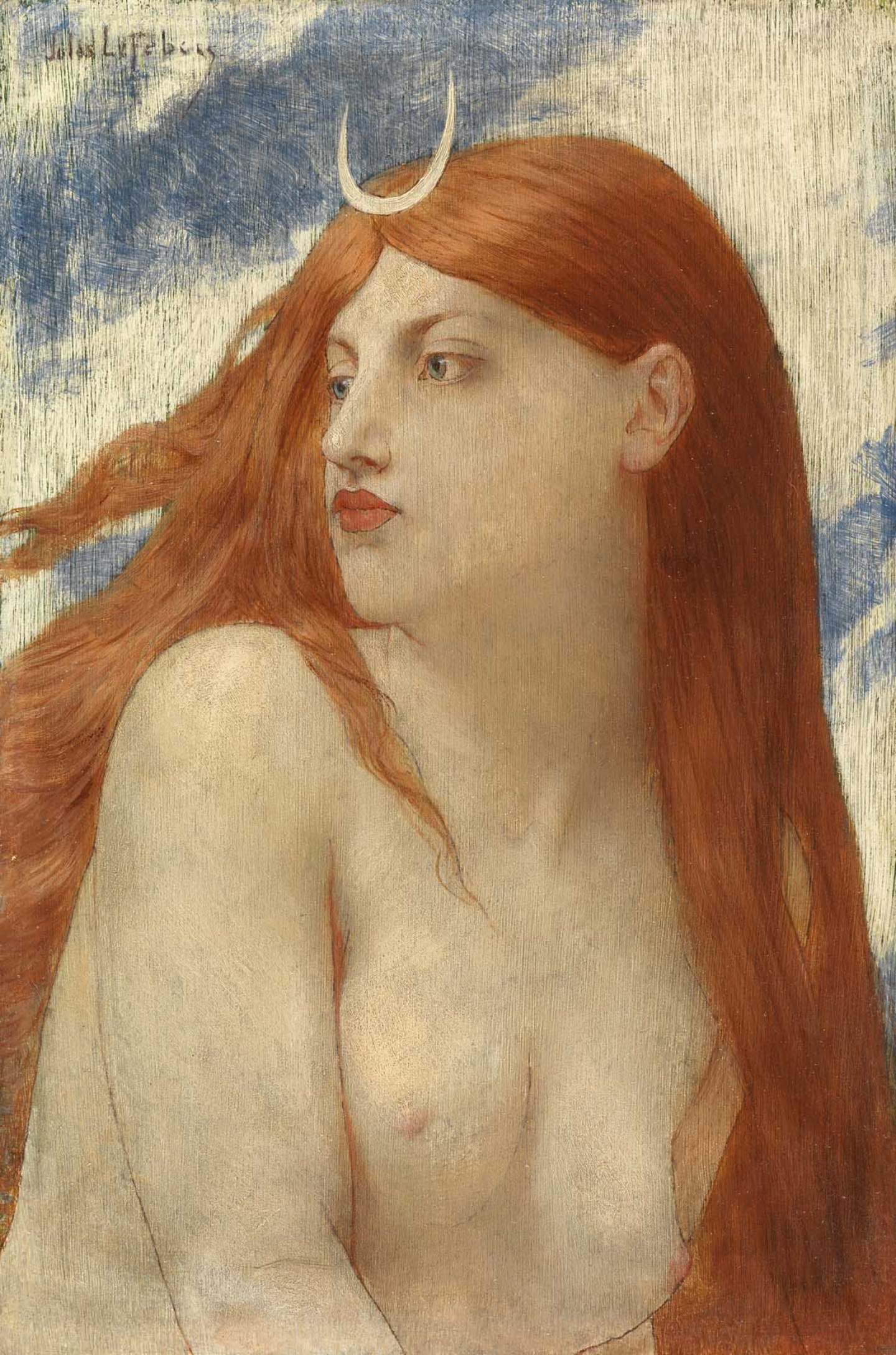 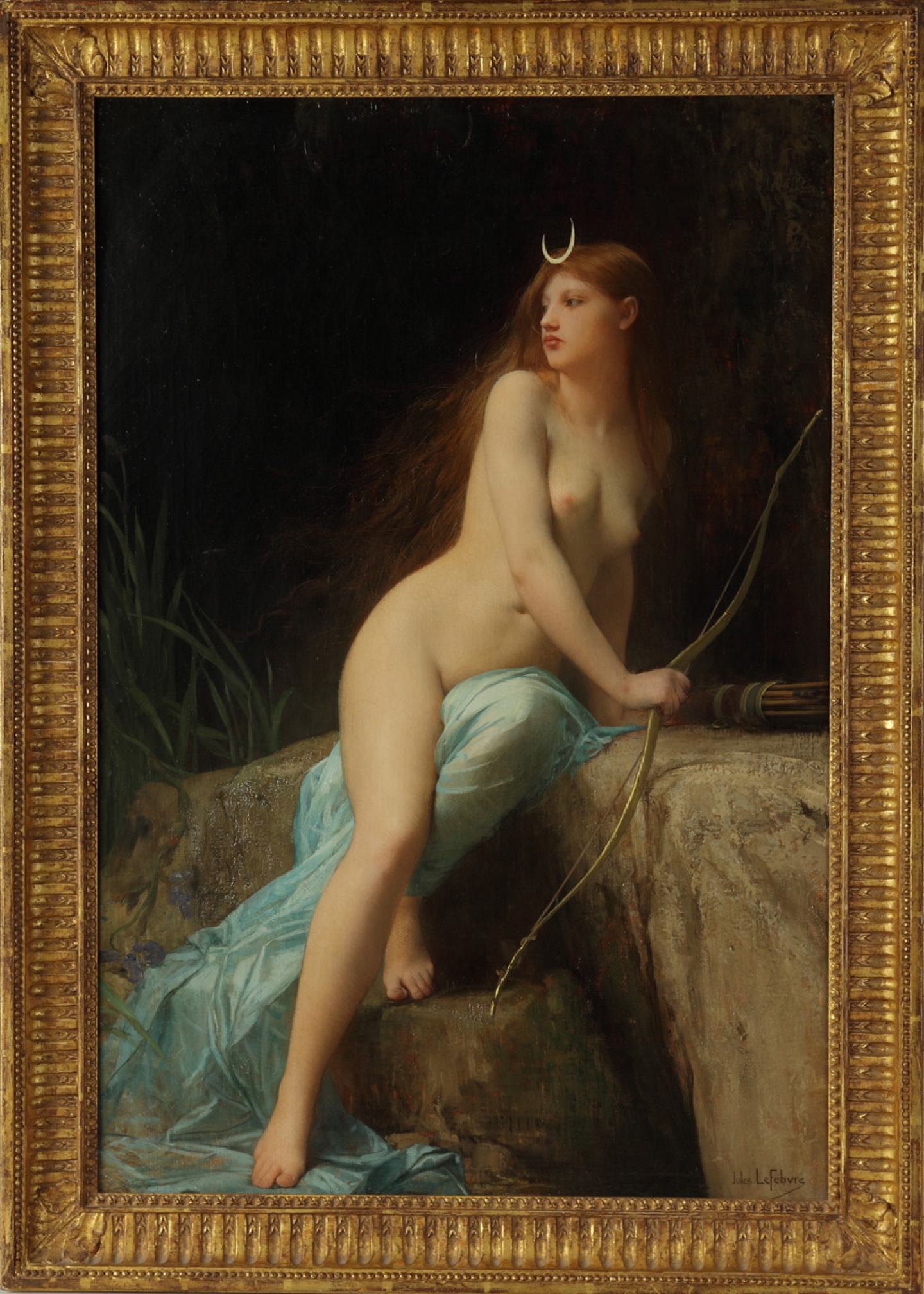 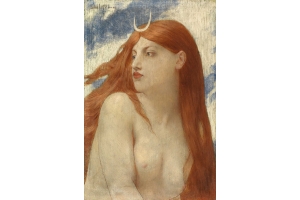 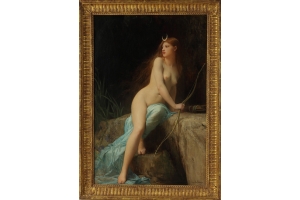 This painting in oil on panel is the study for one of Lefebvre's major paintings "Diana, Chasseresse" which was with the Thomas Buechner Estate, former director of the Brooklyn Museum and founding director of the Corning Museum of Glass (image no. 2). (The painting was sold in the rooms of Cottone Auctions, New York, USA on 24 march 2012 for $ 97,750).