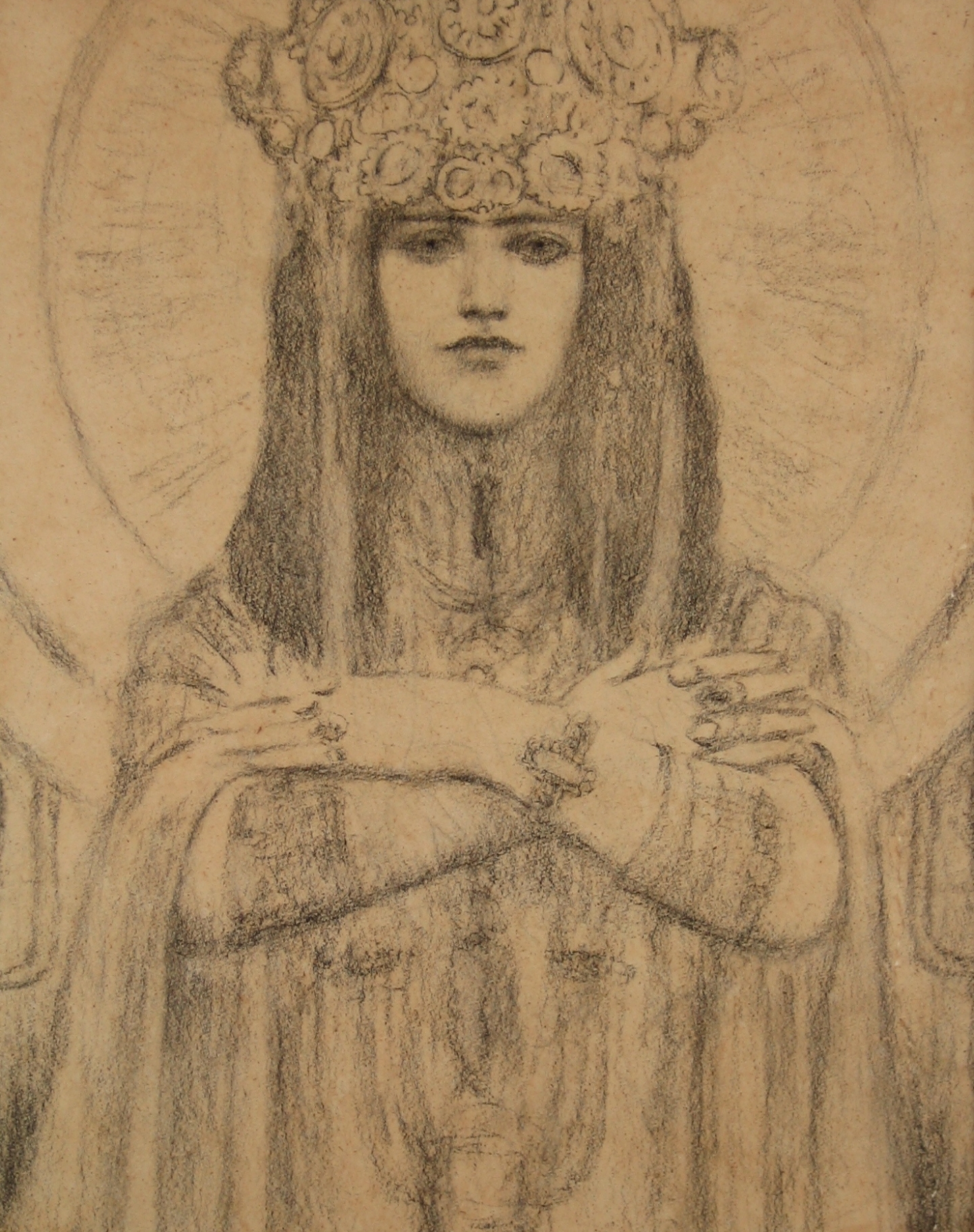 Fernand Khnopff, son of a judge, left his law studies early to give his full attention to an artistic career. Being a pupil of Xavier Mellery he studied at the Academy of Fine Arts Brussels where he met James Ensor. As a founding member of “Les XX/Les Vingt” he became one of the foremost represants of Belgian Symbolism but never lost his passionate love for French literature which he started reading during his uncompleted law studies. Amongst his favourite authors were Charles Baudelaire, Charles Leconte de Lisle and Gustave Flaubert. The latter to which the present drawing is a tribute. Most assumptuous the drawing is based on Flaubert’s “Hérodias” (1877). The central depicted female being his sister Marguerite, who figures in most of his works and remained his lifelong favourite model. Marguerite was Khnopff’s muse and idealised woman.