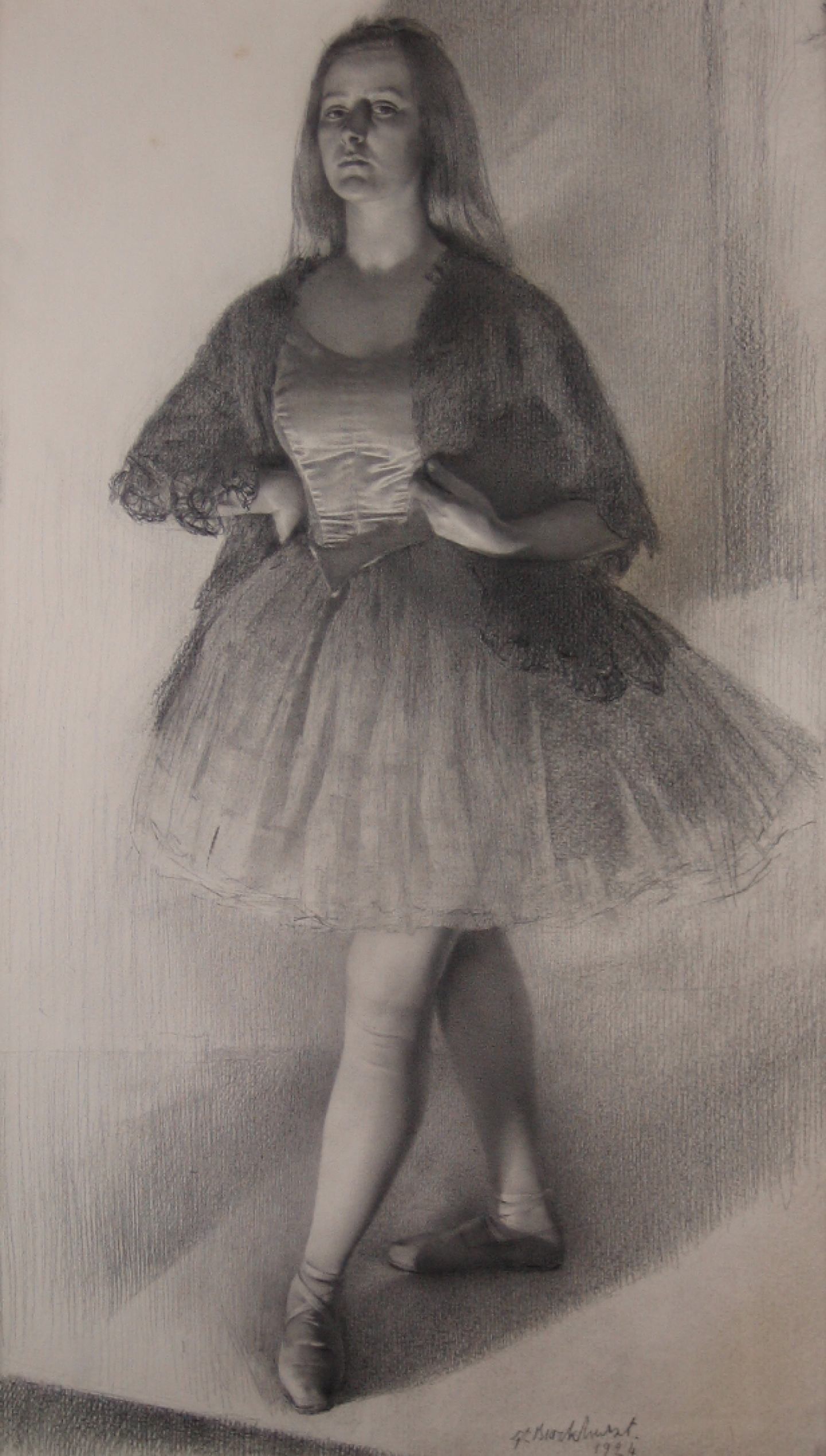 The present drawing is the mature composition for Brockhurst’s slightly later published and famous etching “The Dancer” (ca. 24 x 14 cm, first printing edited in an edition of 107 copies, dated 1925).

Though the title is “The Dancer”, the depicted ballerina is Brockhurst’s first wife Anaïs Folin, a fellow artist whom he met as a student. They lived together in Ireland from 1915 till 1919. The drawing was made in the period when Brockhurst achieved his peak of meticulous etching and takes place of a highly important drawing within his oeuvre. His subjects were almost exclusively female portraits, with Anaïs as his model. Brockhurst is regarded as one of the most fashionable and successful British portrait painters active between the two World Wars.