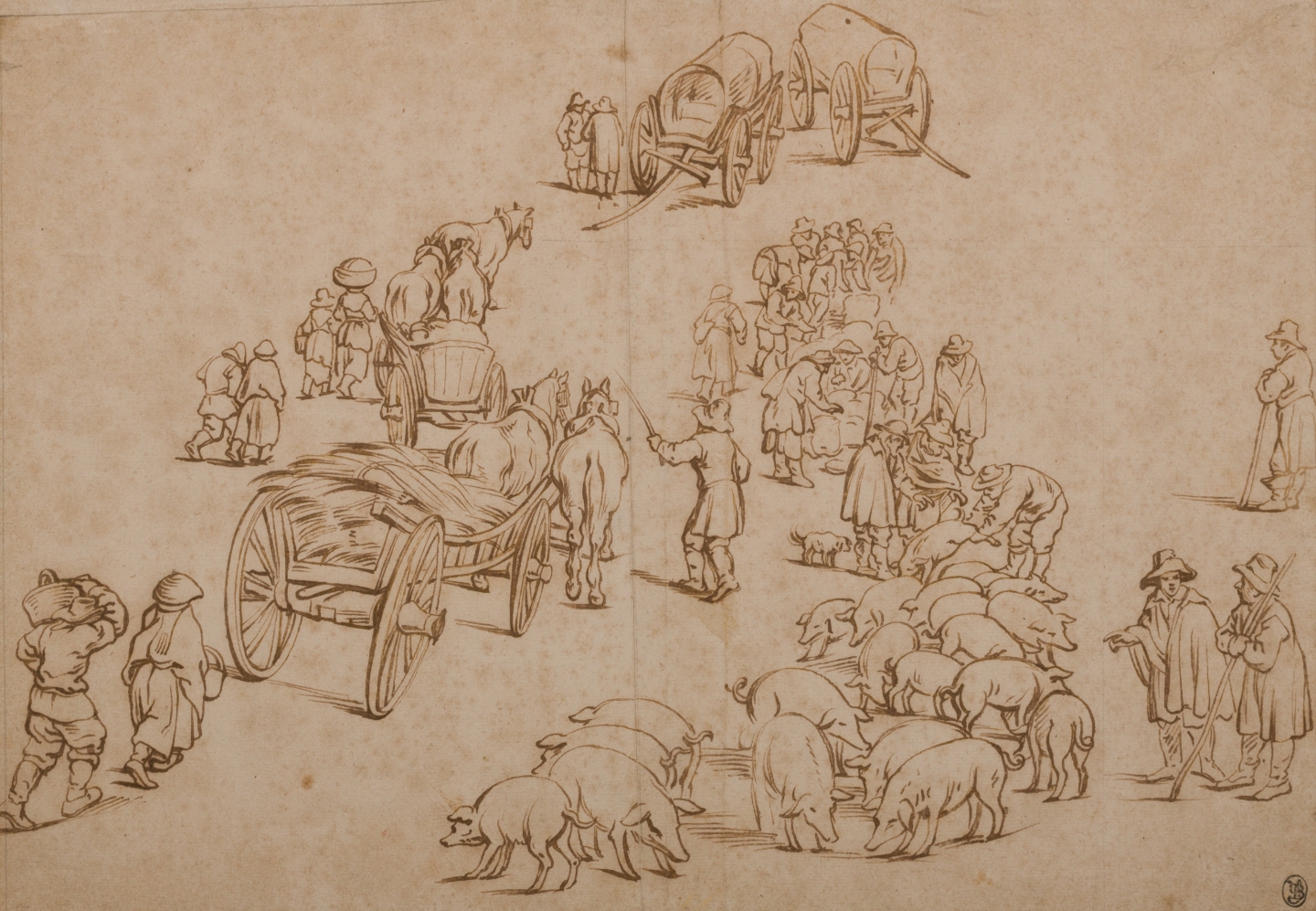 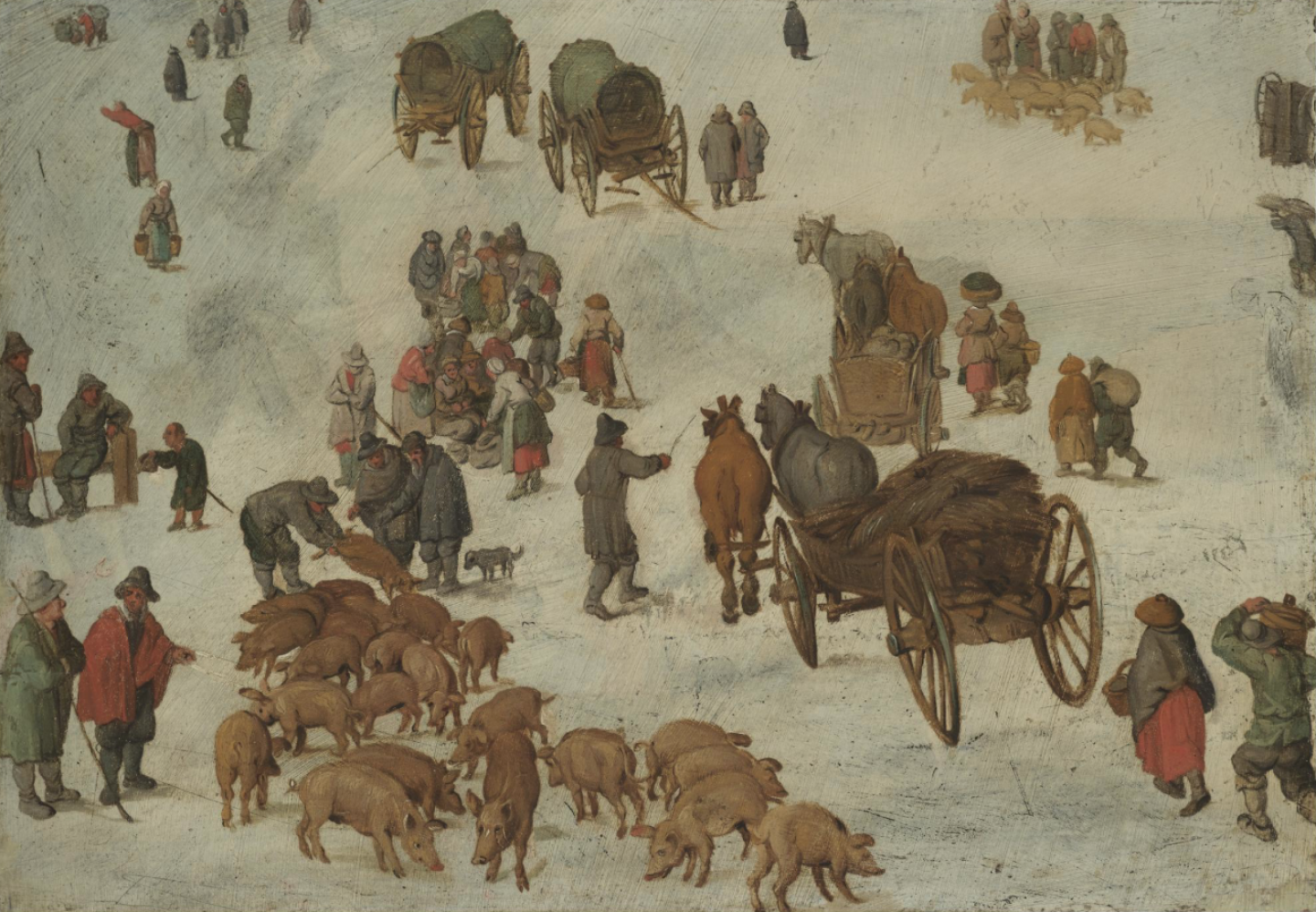 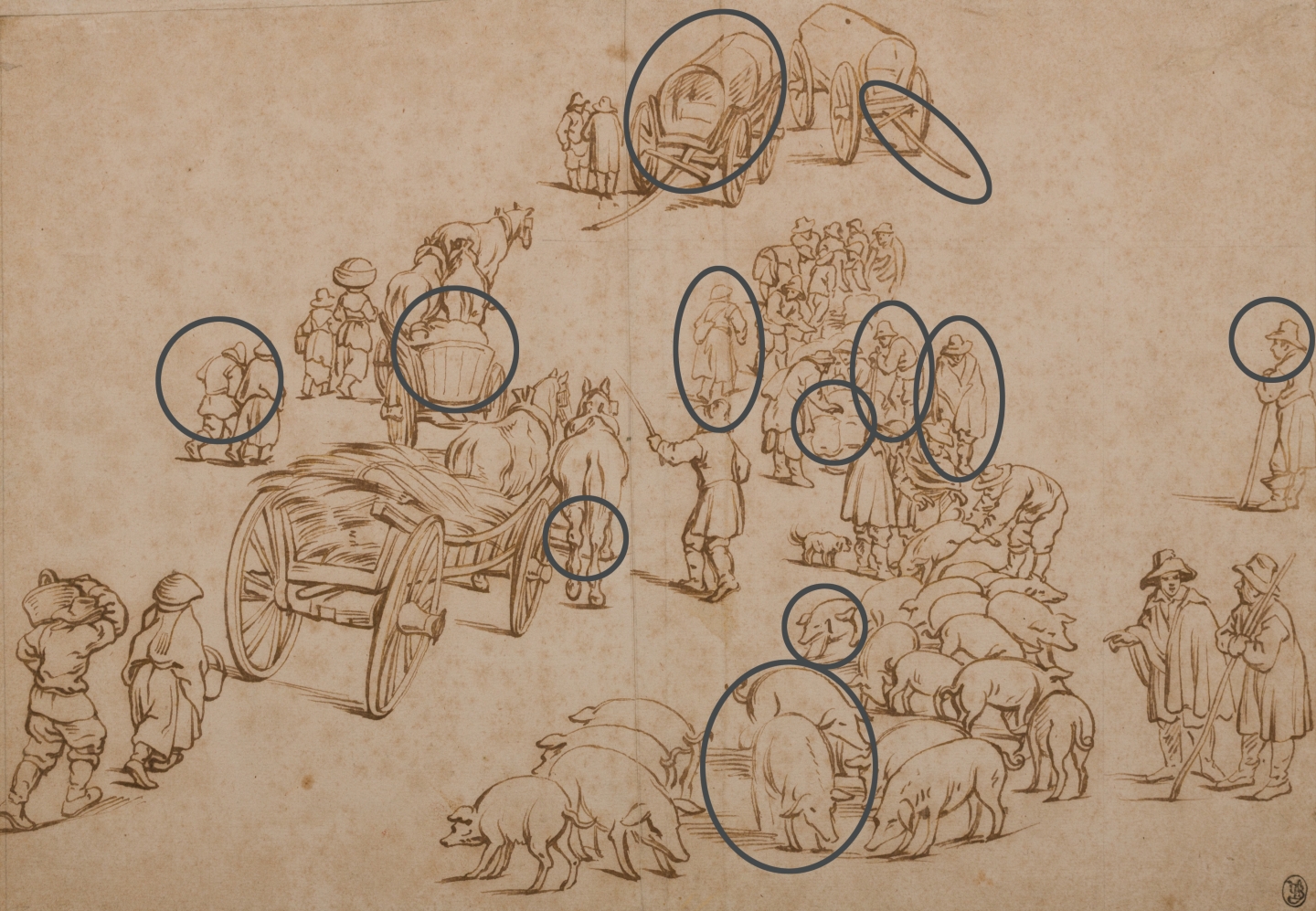 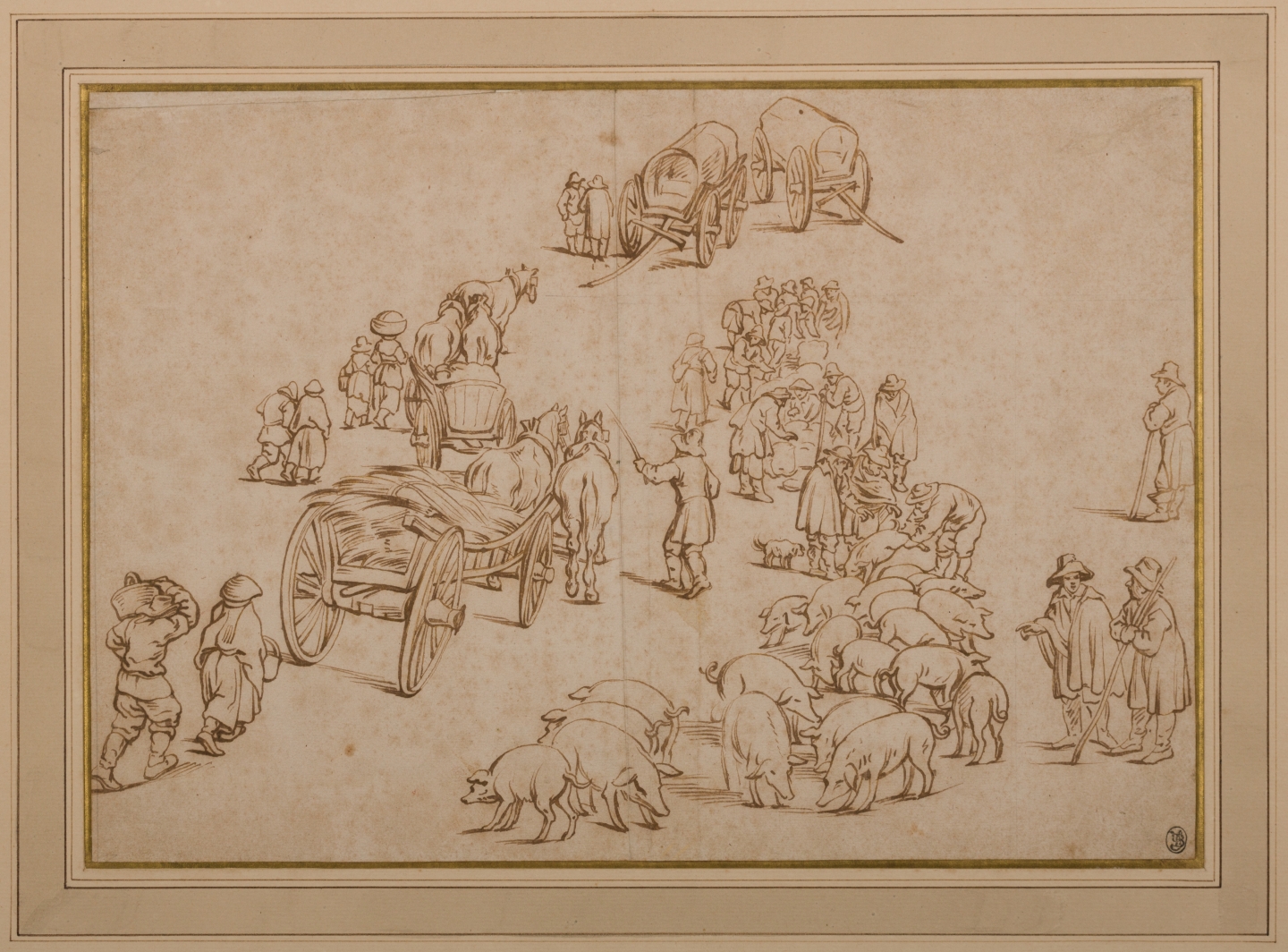 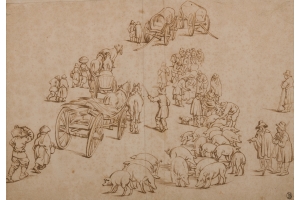 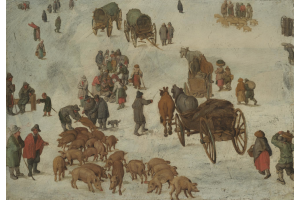 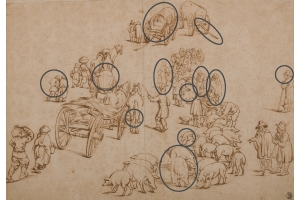 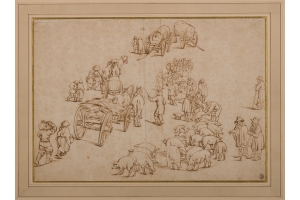 Jan Brueghel II was born in a dynasty of artists as the eldest son of Jan Brueghel the Elder and his first wife Isabella de Jode (daughter of the engraver Gerad de Jode) and grandson of Pieter Brueghel the Elder. Raised in his father’s workshop, Jan was sent to Italy together with Philips de Momper (son of Joos de Momper) in 1622 to the friend and mecenas of his father cardinal Federigo Borromeo in Milan. His intended long term visit to Italy prematurely terminated by the death of his father, after which Jan returns to Antwerp and joins the Antwerp Guild of St. Luke in 1625. He takes over his father’s workshop and cooperates with Hendrik van Balen the Elder, Peter Paul Rubens, Adriaen van Stalbemt, Abraham van Diepenbeeck, his brother in law David Teniers II and many more.

In 1626 Jan marries Anna-Maria Janssens, daughter of Abraham Janssens with whom Jan also works well. Anna-Maria herself also being a painter of some distinction. They had eleven childeren of whom Jan-Baptist became the most successful artist.

Jan Brueghel II worked in the tradition of his father and produced numerous paintings of landscapes, religious, allegorical and mythological themes and still-lifes. In his later career Jan II developed his own style, amongst others regarding flower pieces and garlands influenced by Daniel Seghers.[1]

The present workshop monotype is a typical example of the popular theme of farmers selling their pigs on the market. The monotype was taken from the first underdrawing or dead-colour in oil paint on panel from the painting by Jan Brueghel the Younger, sold in the rooms of Sotheby's and depicted in the catalogue raisonné by Klaus Ertz.[2][3]

Ertz dates this painting, which was previously given to Jan Brueghel the Elder, around 1620, before the italian journey. Based on the paper and watermark, this may be dated at least 2 decades later, between 1640-1650 as proved by the X-ray photo of the watermark by Dr. Frans Laurentius.[4]

This very rare workshop monotype gives a most interesting and intimate glimpse into the workshop practices of Jan Brueghel II and shows progress in multiple area’s of the painting and abundant development of the underdrawing; the final oil painting shows 24 pigs instead of the 22 in the first underdrawing and a few pigs have changed postures and directions; the figure on the upper right of the man driving the horses with flat wagon and hay previously was a man leaning on a stick in the underdrawing and in the painting has become a woman with basket; the man of the couple on the centre left carries a bag on his back in the final painting; the shape of the larger wagon has slightly changed. Alltogether there are at least twelve area's with significant development of the underdrawing. The third image shows these in the grey encircled fields.

Furthermore in the final oil painting numerous figures have been added in the upper sections of the painting and a fence with 2 figures has been added to the man with stick in the centre far left of the panel. This all proves unmistakingly this workshop monotype was taken from the very first dead-colour underdrawing in oil paint on the panel by Jan Brueghel the Younger himself.

The PhD thesis by Dr. Nico van Hout gives a detailed and in depth insight into the use of dead-colouring and it's functions.[5] The present workshop monotype process should certainly not be confused with reproductive techniques of finished paintings such as abklatsch or the procedures described by Joseph Meder.[6]

Pioneers in the field of the monotype were Rembrandt van Rijn in Amsterdam and Giovanni Benedetto Castiglione in Genoa. Monotypes were made by adventurous artists who often were painters and printers as well and curious for the mirror images of their drawings and paintings. The present workshop monotype cannot be regarded as a pure monotype nor as a counterproof or abklatsch, hence the adapted terminology of workshop monotype. For an in depth understanding, the bulky catalog to the exhibiton "The Painterly Print"  is most useful.[7]

[7] The Painterly print, monotypes from the seventeenth to twentieth century. The Metropolitan Museum of Art. New York, 1980.