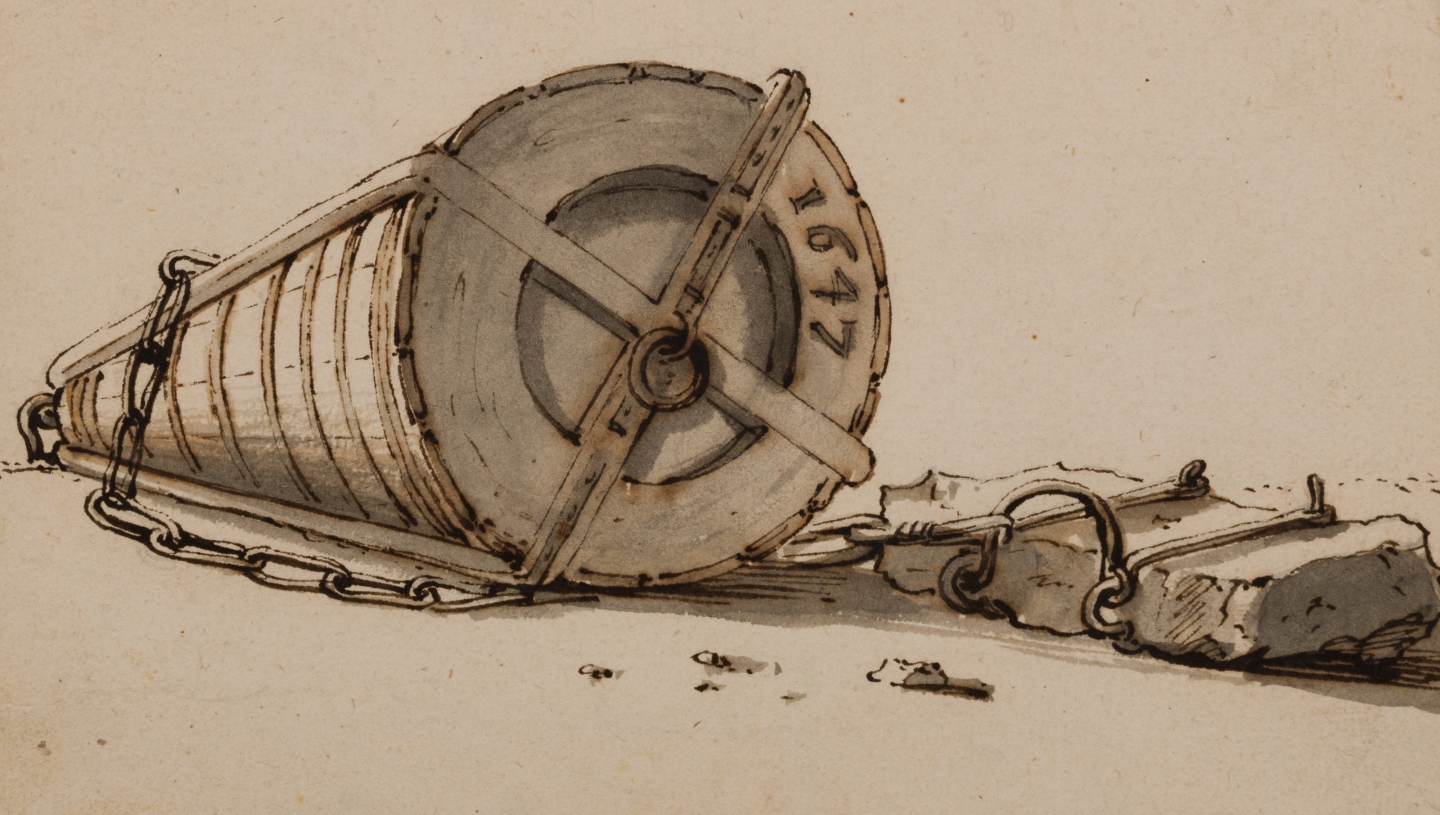 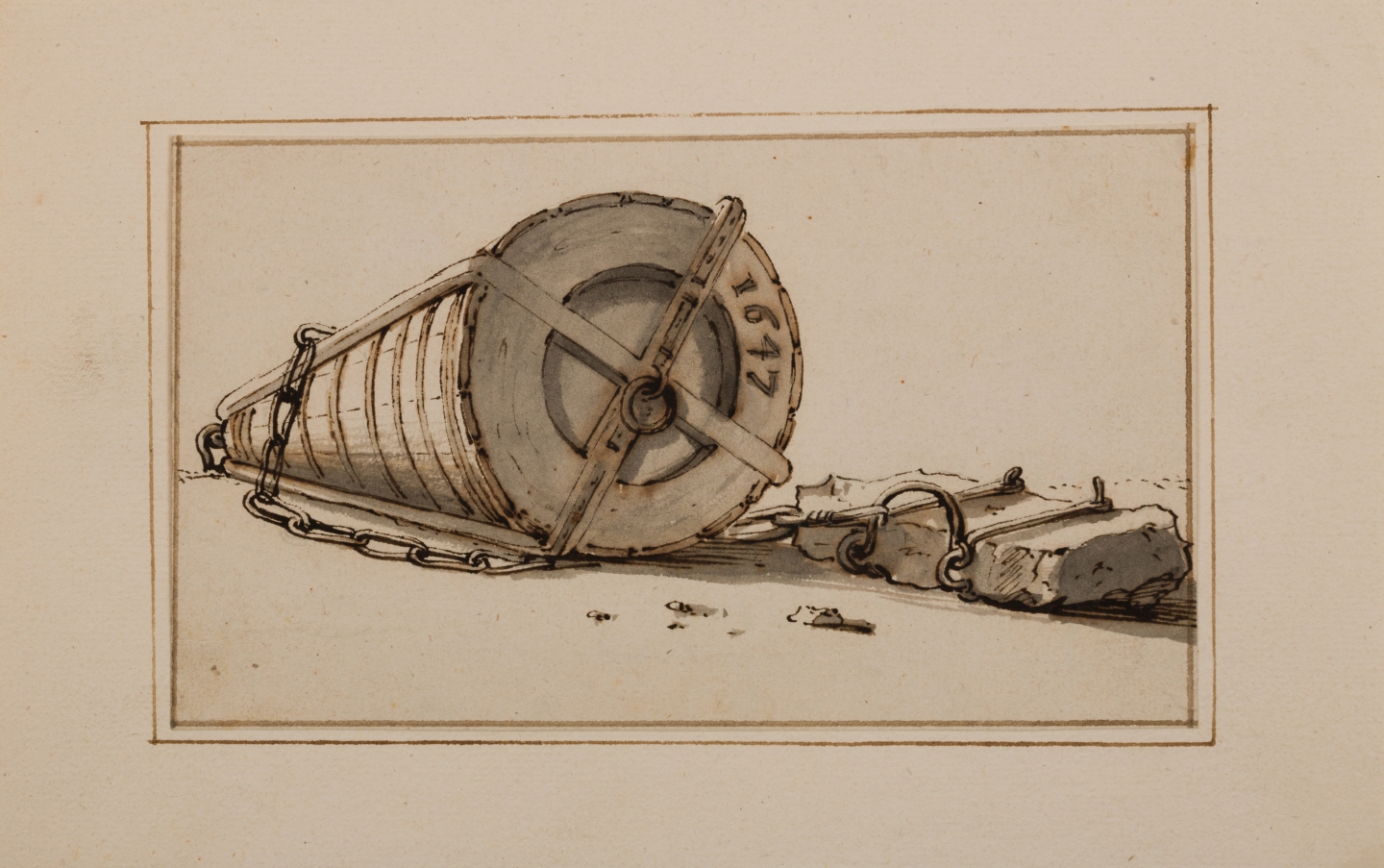 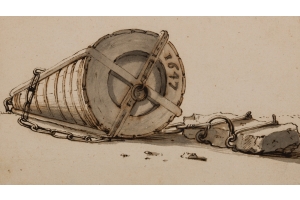 Born in Amsterdam in 1623 in a family with his three brothers Daniel, Jacobus and Laurens, it is unknown with who Schellinks studied though most likely he has been inspired by Lambert Doomer (Amsterdam, 1624-1700) and may have studied with Jan Asselijn (Diepe, 1610-Amsterdam, 1652).[1] On 6 november 1667 he married Maria Neus van Daelen (1642-1678), the young widow of the engraver and publisher Dancker Danckerts (Amsterdam, 1634-1666). It is known that Schellinks has copied drawings by Asselijn which is shown by the correlation between the drawings "Ronde ruïne en herders bij een drinkplaats" (round ruin and shepherds nearby a watering place) and "Ronde ruïne" (round ruin).[2][3]

During his lifetime Willem Schellinks undertook two travels; one along the river Loire, France, together with Lambert Doomer between 7 april and 11 october 1646 and another, longlasting travel in 1661-1665 to England, France, Swiss, Italy, Malta, Sicily and Germany for the Atlas van der Hem, during which Schellinks accompanied the young mr. Jacques Thierry, son of a shipowner.[5][6] This travel was financed by the lawyer Mr. Laurens van der Hem for whom Schellinks made 120 topographical drawings which were added together with topographical prints to a "Blaeu" atlas. Other contributers who made drawings for the atlas van der Hem were Lambert Doomer, Jacob Esselens, Jan Hackaert, Frederik de Moucheron, Reinier Nooms, Herman Saftleven, Roelant Savery and Jan Worst though Willem Schellinks is best represented of all in the Atlas which proves his commission by Laurens van der Hem.[7][8]

The present drawing of a sea marker which Schellinks must have seen in the harbour when leaving Hellevoetsluis bears an annotation in pen and brown ink verso "Tot Hellevoet-Sluijs" of which the handwriting is that of Willem Schellinks.[9] The sea marker dated 1647, which is the date of manufacturing of the sea marker and not for the drawing.

In the diary of Schellinks' travel for Atlas van der Hem we read the quote below, which dates our drawing on the 16th of july 1661;

"...we crossed the Maas at 4 o'clock in a large 'damlooper' to den Briel, and rode from there the same evening in three waggons to Hellevoetsluijs, where we arrived at night and took our night's rest. The 16th at half past one in the afternoon we boarded...".[10]

We tentatively believe our drawing was made in the very beginning of the travel for the Atlas van der Hem and perhaps it was originally meant to be part of the Atlas.[11] The drawing is still on it's original mount which indicates it has been part of an album and therefore is preserved in splendid condition.

The inventory of Schellinks' posthumous belongings mentions a group of drawings he made during his travels which ne did not want to sell. Our drawing might have been part of this private-collection of Willem Schellinks.[4]

[9] The handwriting and authorship of Willem Schellinks has been recognized and confirmed by Stijn Alsteens, Metropolitan Museum of Art, New York. First hand assessment, The Hague, Netherlands, 23 february 2015.