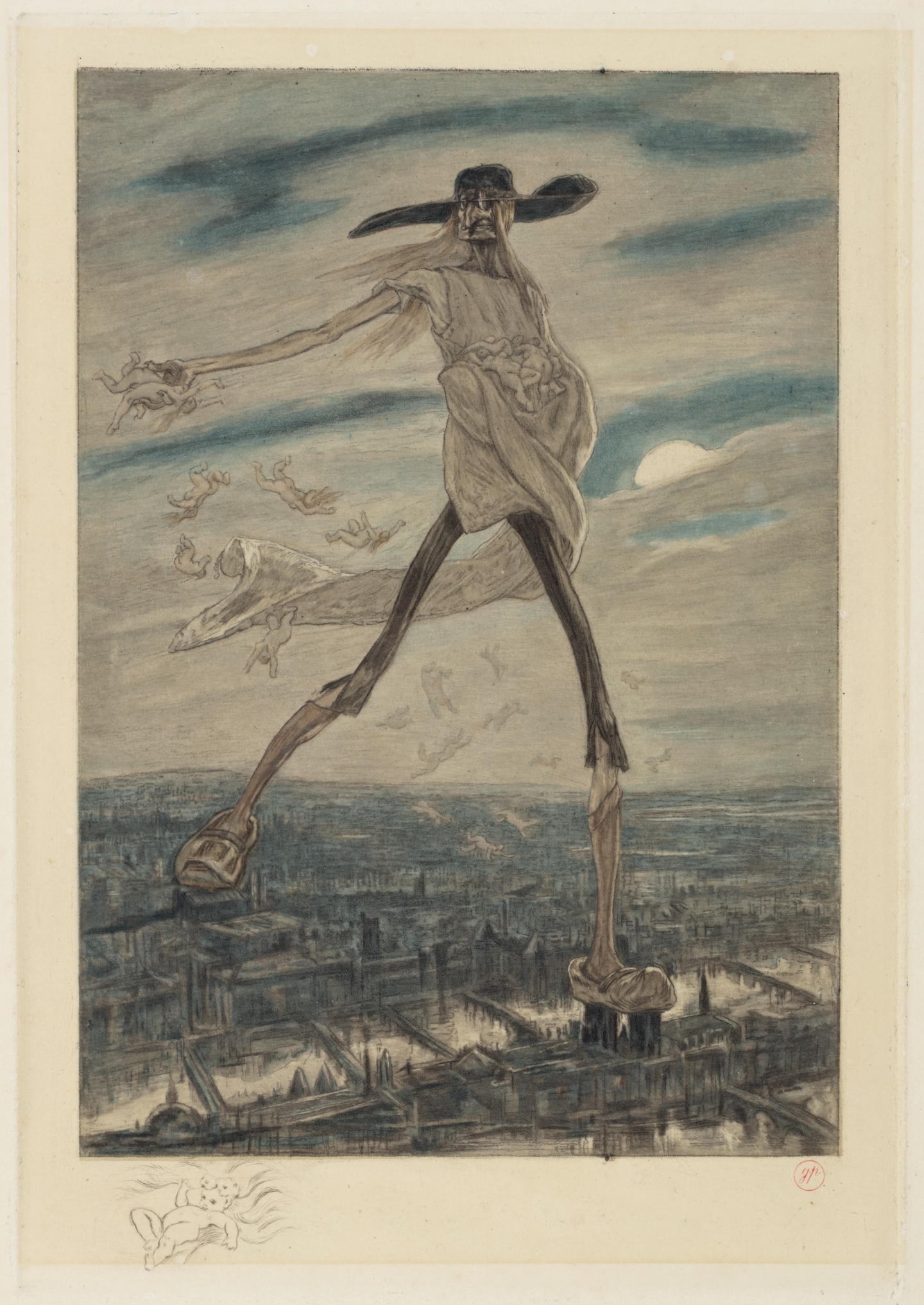 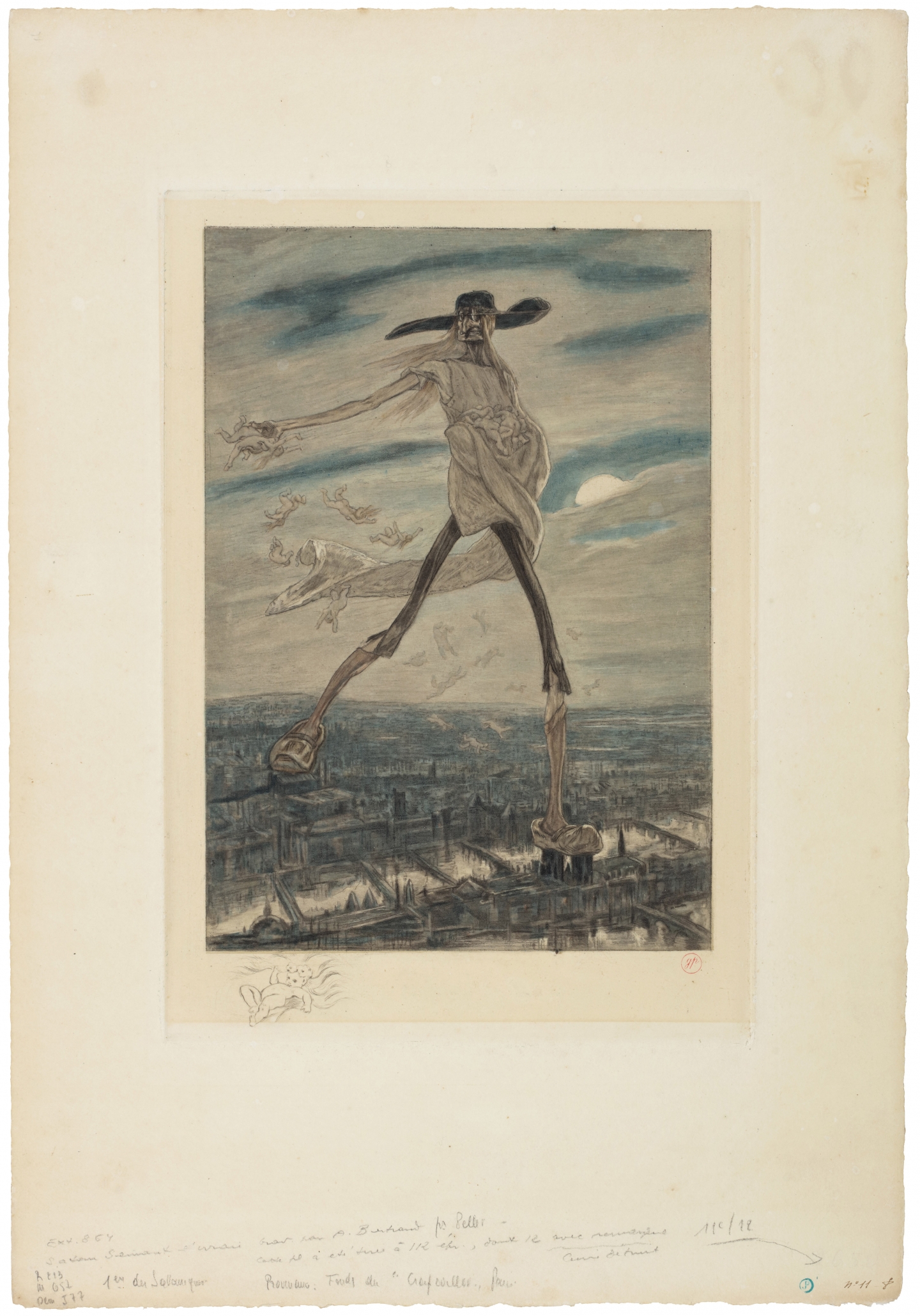 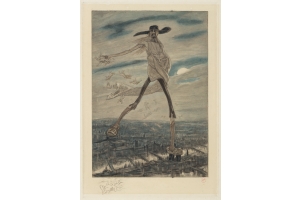 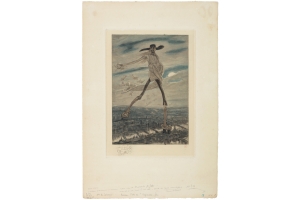 Night has fallen and a devastating full moon casts it's nocturnal light upon the doomed city of Paris, where the Devil marches over the Seine trampling the Notre Dame under his clog while sowing naked women from his sowing bag....infesting the city with seduction, prostitution and syphilus alluring to the abyss of male downfall....all intended to affirm the Devil's grip upon mankind. In 1864 the publisher Auguste Poulet Malassis introduced Rops to "Le Poète Maudit" Charles Baudelaire. Rops moved to Paris in 1874 and these misogynous subjects would strongly colour the artist's pallette.