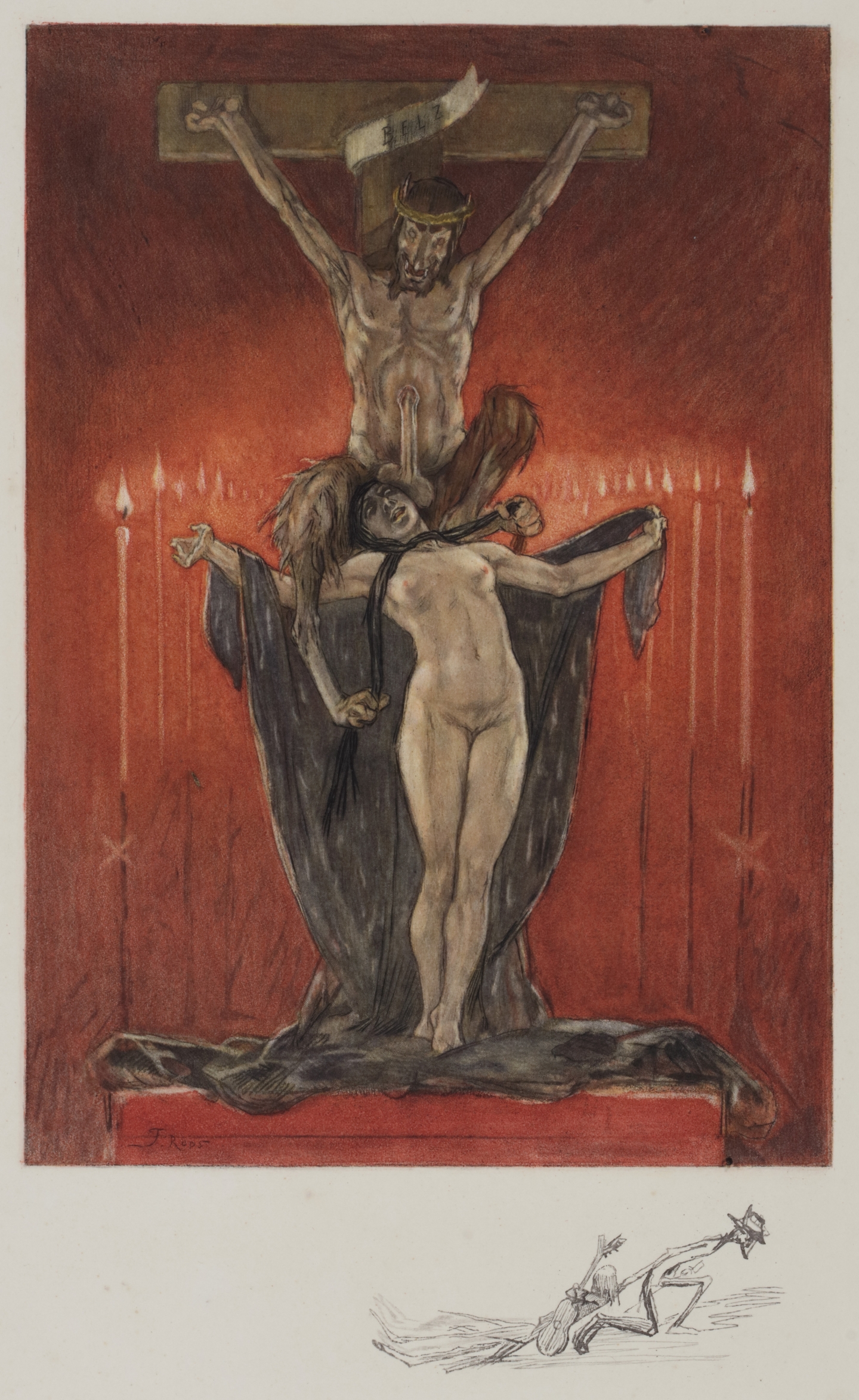 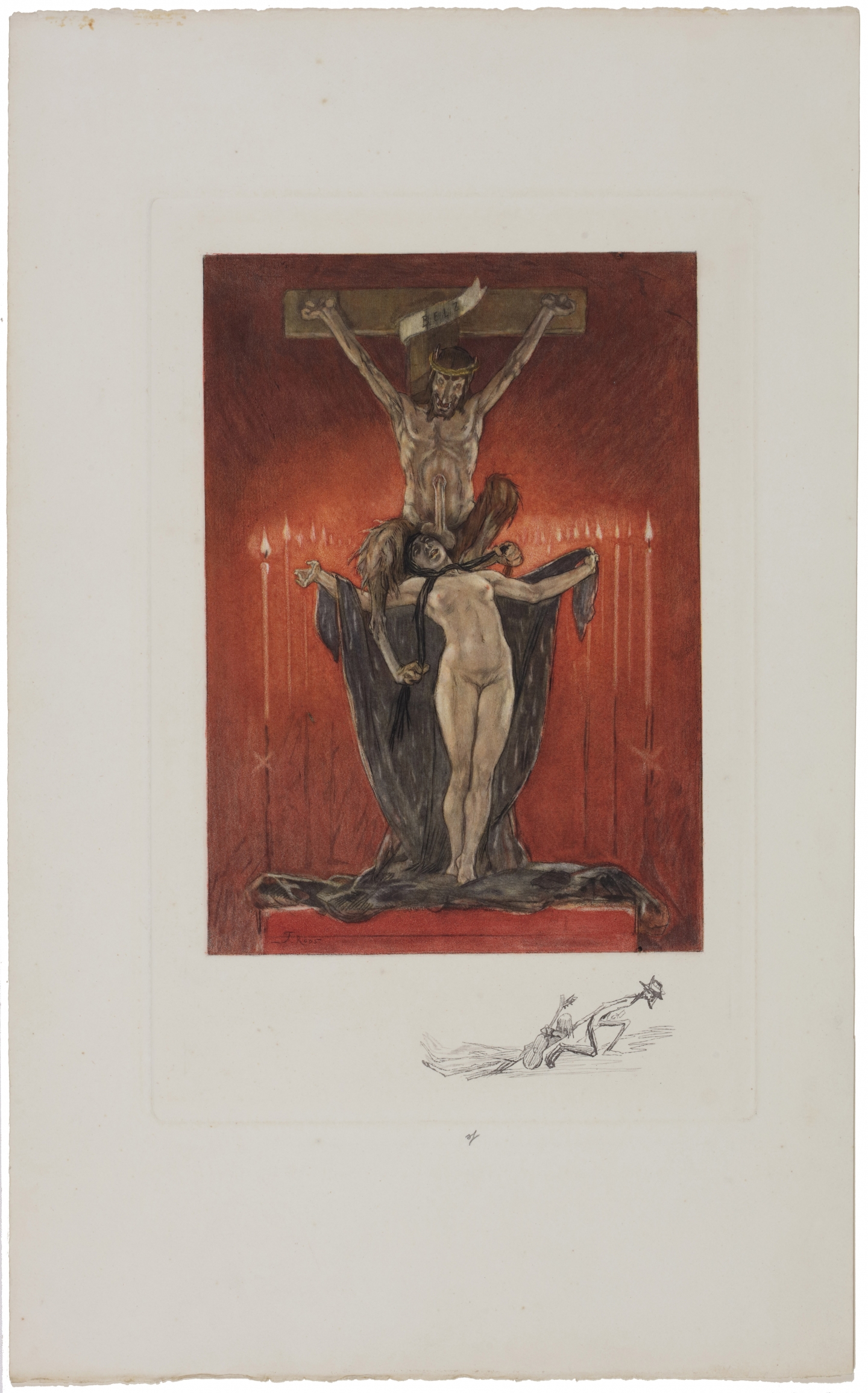 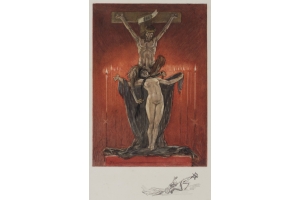 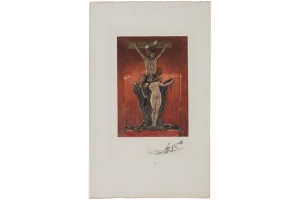 "Sales representative of indecencies on behalf of the firm Satan & Co".....the capacity with which Rops introduced himself to Joséphin Péladan.

"Le Calvaire" leaves little space for speculations and is a bold and brutal parody on the crucifixion of Jesus Christ....Christ replaced by the devil "BELZ" for Belzebub, Lord of the Demons/The Devil/Satan with satyr legs strangulating a mesmerized naked woman who seems to welcome her destiny while taking the same posture as Christ.