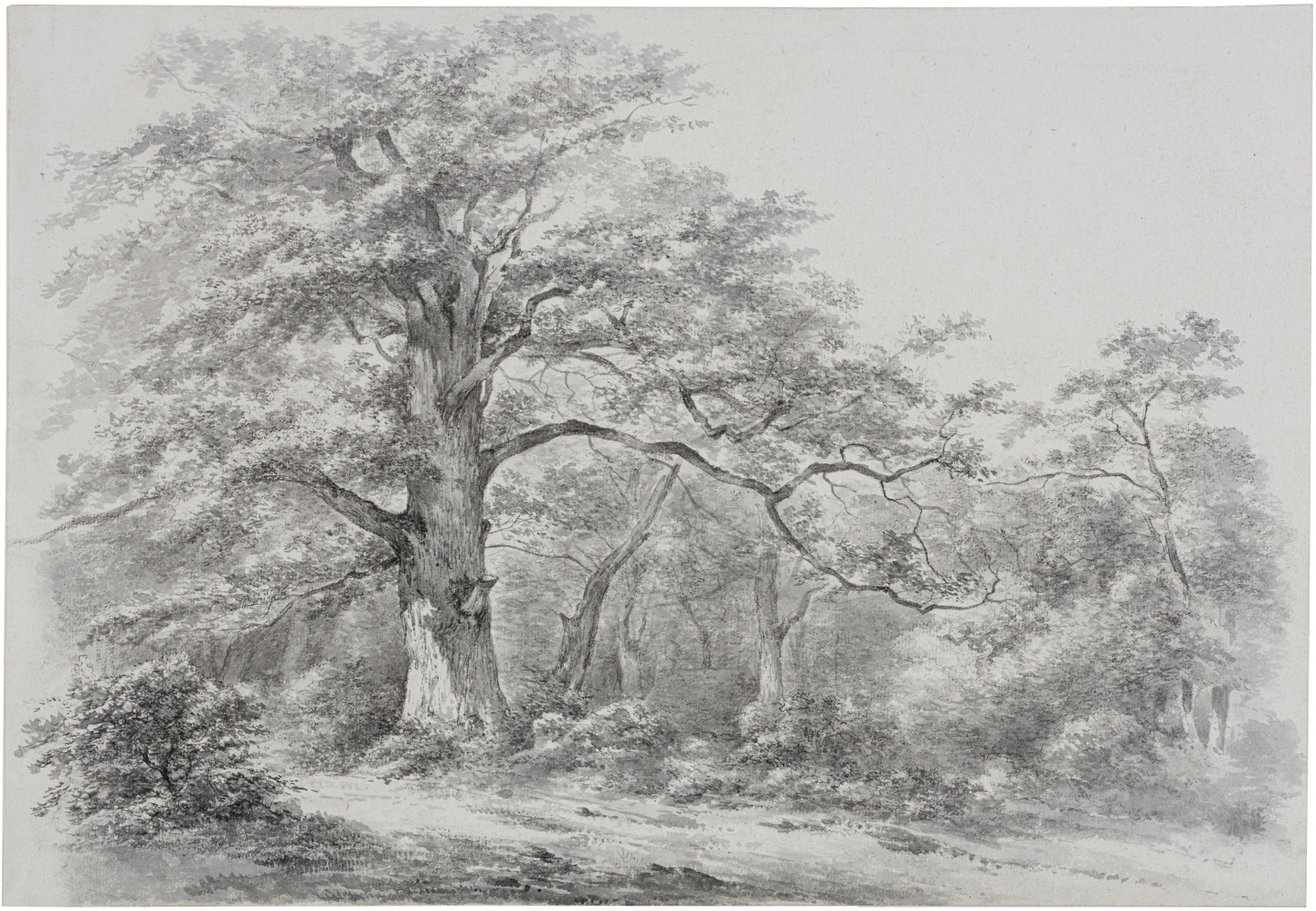 Abraham Johannes Ruytenschildt was active as an artist as well as a drawing teacher. He was a member of Teekengenootschap (gekleed model) onder de spreuk Zonder Wet of Spreuk (Drawing society (dressed model) by the adage Without Law or Saying). The present sheet comes from a recently discovered corpus of ten large landscape drawings by Abraham Johannes Ruytenschildt, mostly depicting Bentheim and it's surroundings and one figure study in red chalk with annotation "Zonder wet of Spreuk" on verso. The drawings underscore the frienship between both draughtsmen Albertus Brondgeest and Abraham Johannes Ruytenschildt (they both were members of the Drawing Society "Zonder Wet of Spreuk") as our present collection has got several drawings by both artists from similar points of view. All drawings were still on the original mounts and haven't been on the market for more than half a century.[1][2][3]

During it's existence between 1808 and 1819 drawing society "Zonder Wet of Spreuk" (Withour Law or Saying) counted seventeen active members (among which were artist and dealers) of which Bondgeest and Ruytenschildt were among the most prolific draughtsmen. The artists gathered mostly at the house of member Gerrit Jan Michaëlis (1775-1876) on monday evenings between the months of November and March. Inspired by their seventeenth century predecessors Cornelis Bega, Gerrit Adriaensz. Berckheyde and Adriaen van de Velde, they sketched after living models who were always dressed and never served as nude models, though often depicted barefoot. The studies drawn at "Zonder Wet of Spreuk" show mostly serene poses dressed in rural fashion and were often literally pasted as staffage into landscape paintings by it's members.

Dated drawings (1826-1833) depicting Bentheim and it's surroundings have been recorded by both draughtsmen Albertus Brondgeest and Abraham Johannes Ruytenschildt. The present sheet centrally shows an old oak tree which is the same tree Brondgeest drew from a slightly different angle. The drawing by Brondgeest was sold in the rooms of Christie's, Amsterdam.[4]