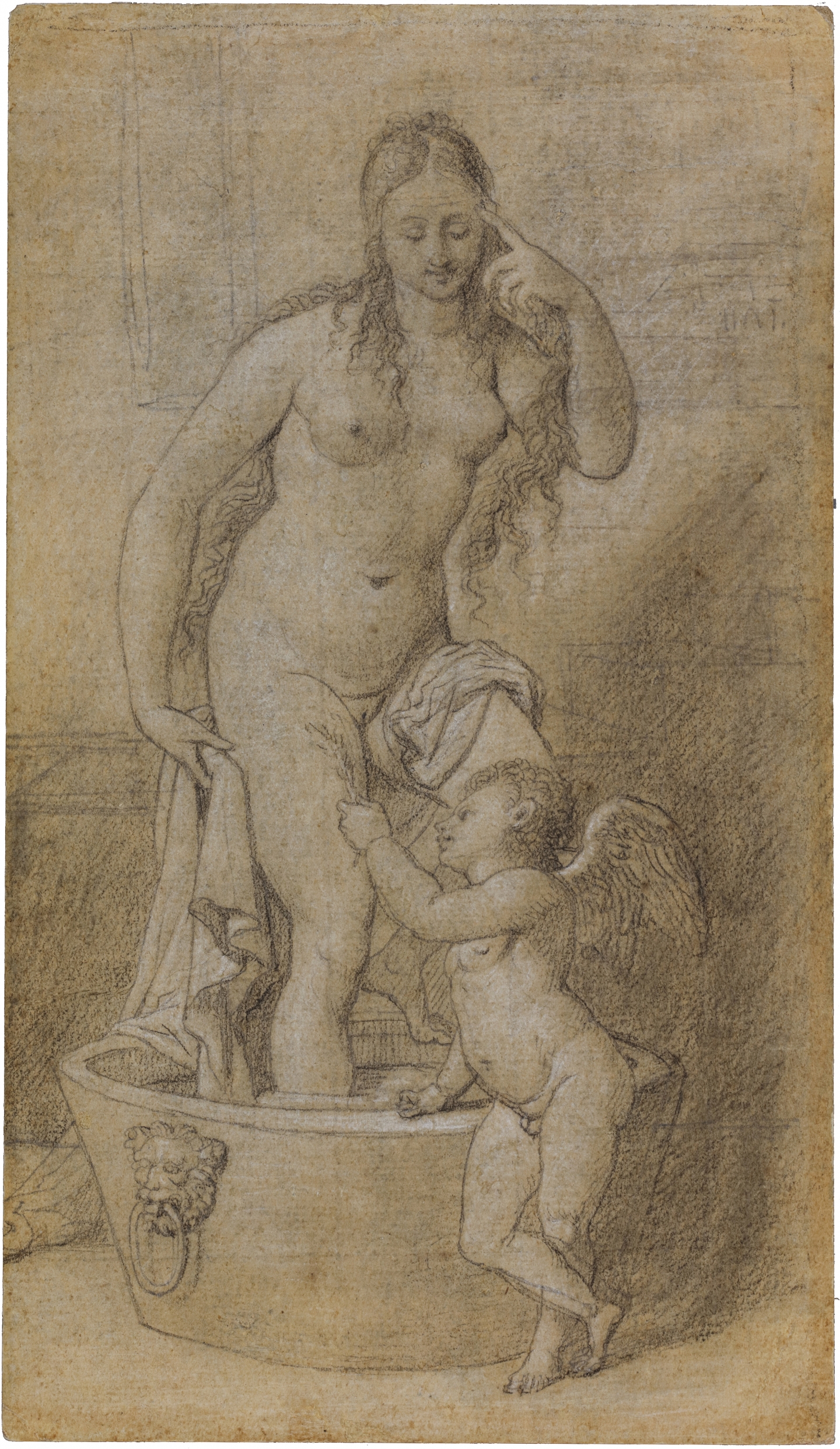 This is the Neoclassicist preparatory design to one of Bergeret's extremely rare and early signed neoclassical pen-manner lithographs of which only a few impressions are known. On the litho Cupid tickles his mother with a feather, whilst she steps into or out of the bath tub, on the parapet of a castle with a mountainous background, which differs from the preparatory drawing, where the background seems to be the part of a stairs with a fenestrae.

Cupid's bow and bottle with perfume are not added yet and the drawing shows pentimento on Cupid's left lower leg and the edge of the bath. The litho shows Cupid's feather discretely hiding his mother's genitals, whilst the drawing is less discrete.

Possibly the preparatory design to the print is inspired by one of Leonardo da Vinci's paintings in the Louvre (Virgin of the Rocks, St John the Baptist), for Bergeret is known to have copied after da Vinci (Battle of Anghiari).

Bergeret probably was introduced to the lithographic printing entrepeneur Frédéric André by Dominique-Vivant Denon, first director of the Louvre (appointed in 1802 by Napolean) and one of the earliest official promotors of lithography in France.

Frédéric André together with Bergeret and Denon, produced a portfolio of lithographic reproductions of the paintings of the Louvre in 1803.

Bergeret's lithographs date between 1803 and 1825, which makes this drawing one of the earliest designs for his lithographic oeuvre and exceptionally early and important within the history of lithography.

Media:
Black chalk, stumping, heightened with white on cream prepared paper
Dimensions:
208 x 119 mm
Provenance:
Private-collection, Belgium
Appraisal:
A big and warm thank you to Dr. Frans Laurentius for connecting the drawing to the litho by Bergeret
SOLD:
Sold to a private-collector