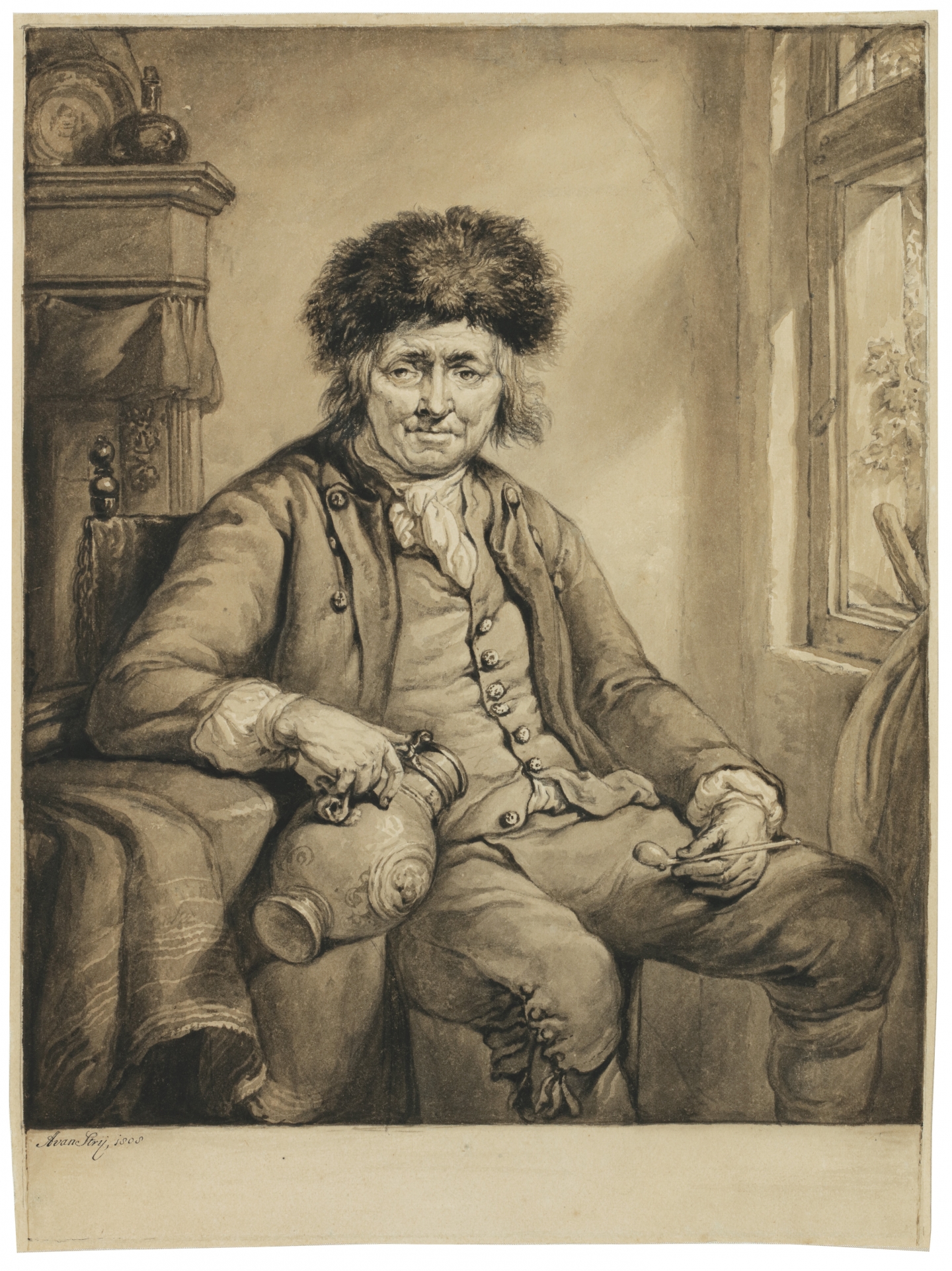 Abraham van Strij was one of the founding members of the drawing society Pictura in 1774. At this drawing society members would gather twice or three times a week to draw after prints and drawings, sculptures and mostly after living and clothed models.[1]

In this recently discovered drawing, Abraham has mimicrised the effect of most probably a mezzotint. Especially for depicting a model wearing a fur hat (for which the Dordrecht drawing school was famous), the velvety technique of a mezzotint would be most assumptuous.[2]

This drawn impression of a print appears to be a proof state before adding the caption and printer's and publisher's address. Abraham meticulously paid attention to the smallest of technical details, as he depicted the inky plate edges and even added several brush strokes of deluted ink imitating the plate-tone on the blank section where the address and caption were meant to be engraved later on.

A most rare subject within the artist's oeuvre and the only known occasion in which he has created a drawing mimicrizing a print. Therefore this tour de force of technical skills actually is a Trompe l'oeil, meant to fool the spectator.

This far we haven't been able to trace the Pictura-standje drawing (the names given to drawings made during the sessions at Drawing Society Pictura were called Pictura-standjes referring to the positions the models were in) which might have been the study to our picture drawing.[3]

The model might also have served for several paintings, among which is The Drawing Lesson in the Dordrechts Museum.[4]

The technically most refined and intricate quality of the present drawing ranks among the most accomplished sheets by Abraham and comes close to the nocturne by Abraham van Strij, sold in the rooms of Christie's in 2015 where acquired by the Dordrechts Museum from the collection of Prof. I.Q. van Regteren-Altena, former keeper of the Rijksprentenkabinet of the Rijksmuseum Amsterdam.[5]