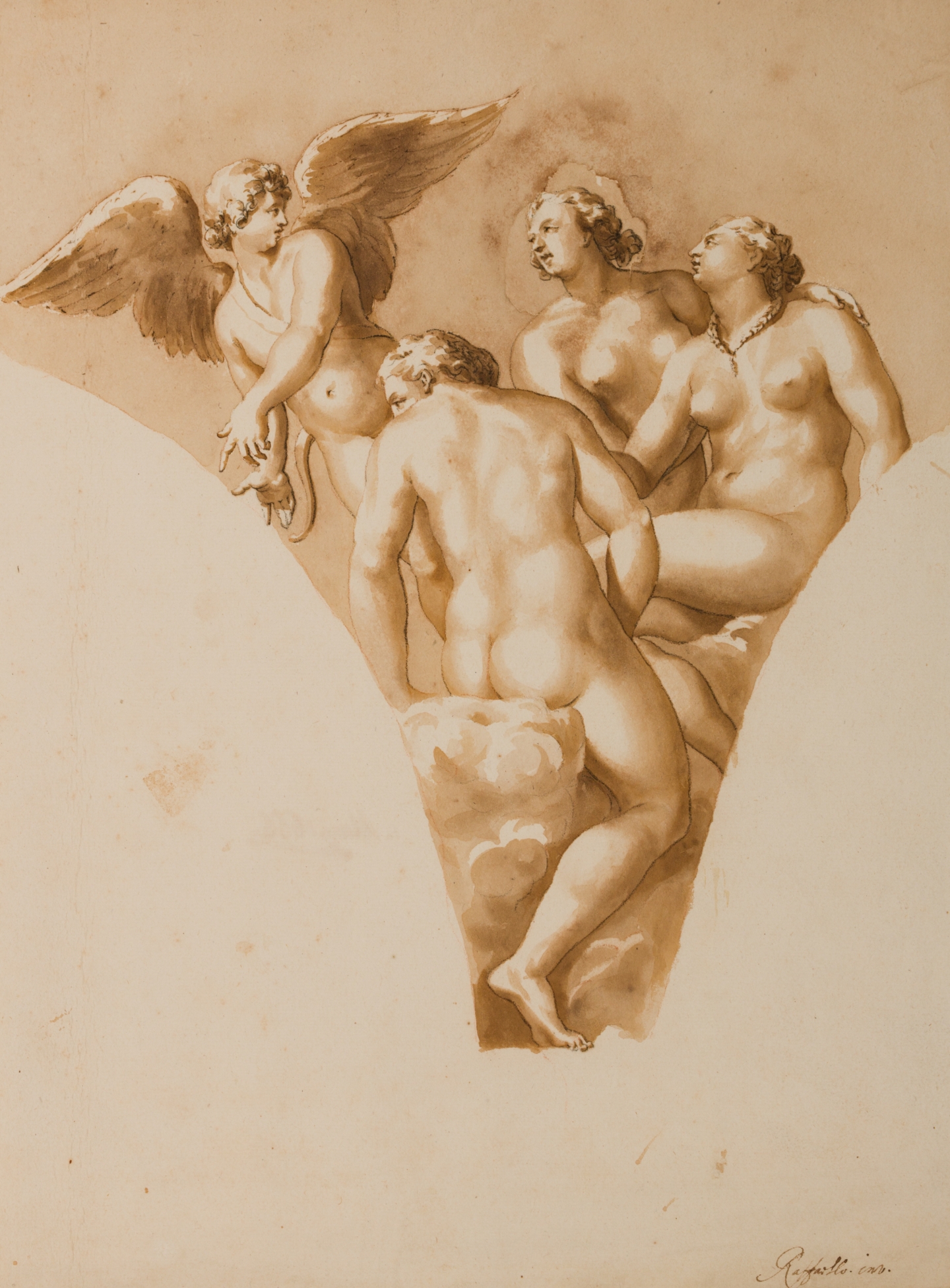 The present drawing is after Raphael's "Cupid and the three Graces" for one of the spandrel fresco's in the Chigi loggia of Villa Farnesina in Rome, Italy.