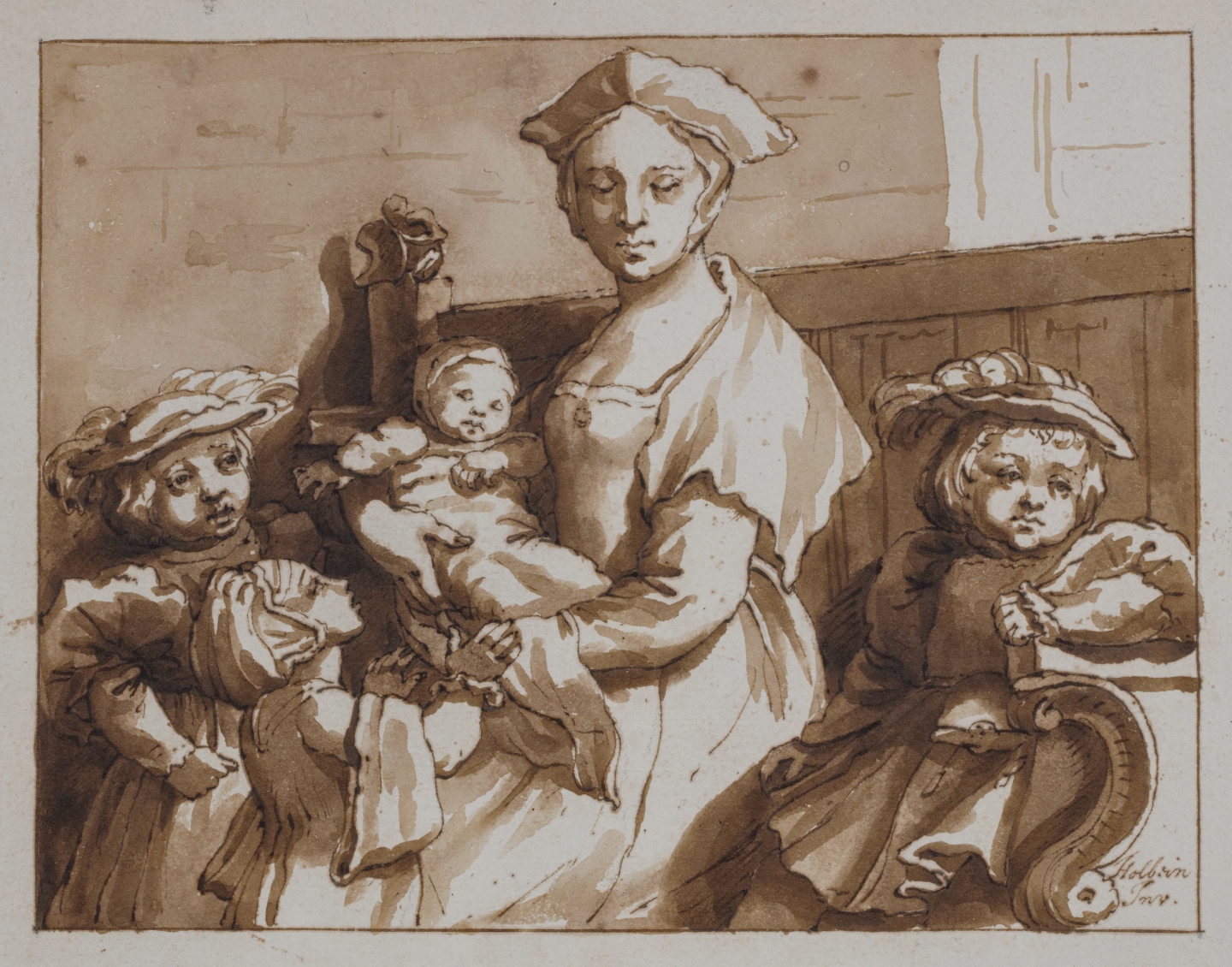 The original drawing by Hans Holbein The Younger after which de Bisschop copied, is in the collection of the British Museum, London. In the past, the woman has been suggested to be Mother Jak, the nurse of Edward IV, though this identification has been rejected later on.[3]