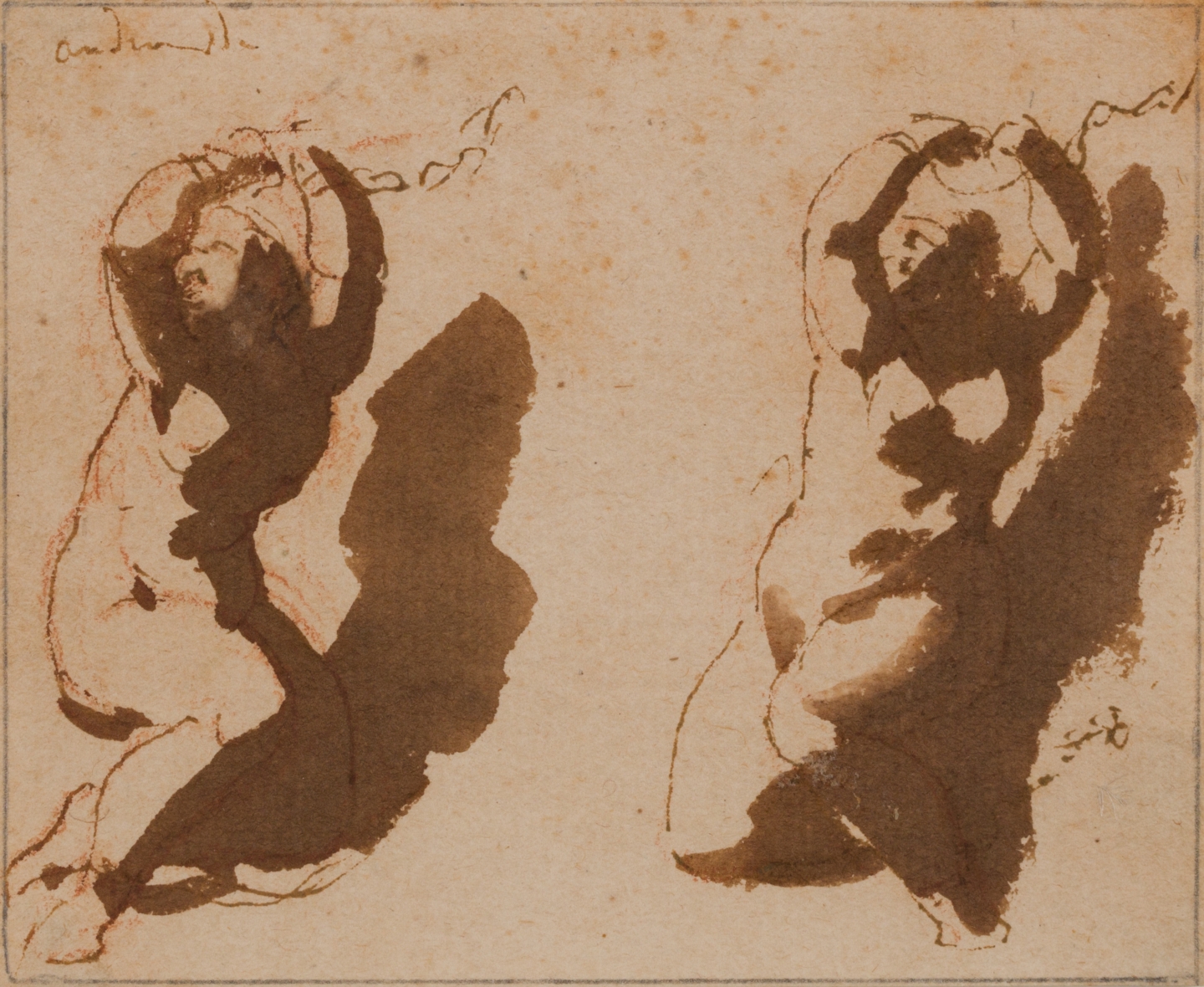 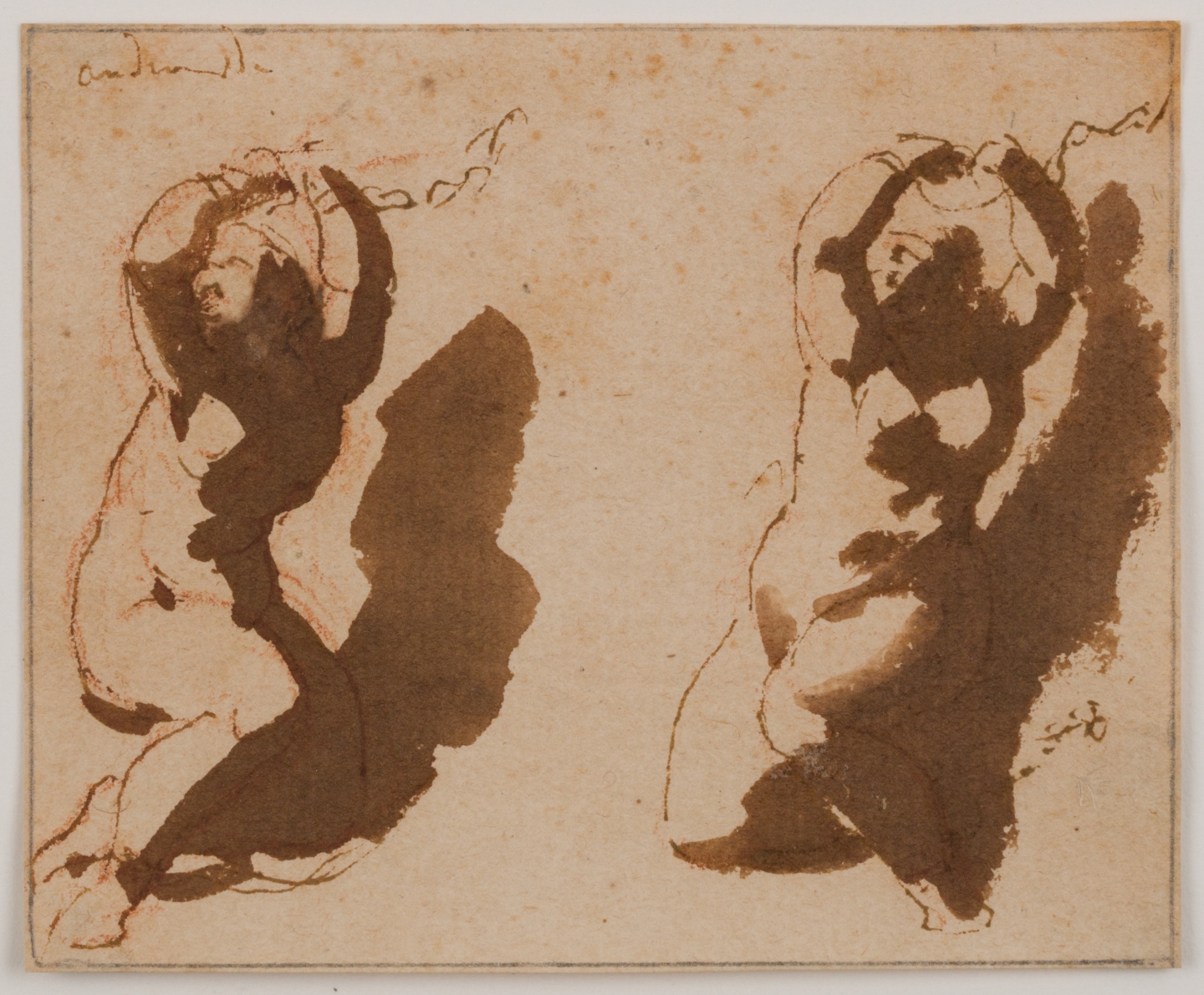 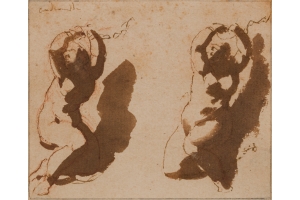 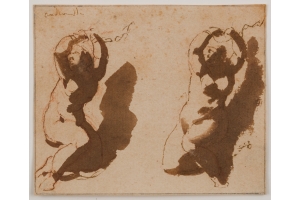 Our sheet with two studies of Andromeda shows the story of Andromeda, daughter of Cepheus and the vain Cassiope, who was supposed te be sacrificed due to her mother's boasting she was more beautiful than the Nereids. On their turn, the Nereids invoked the help of the God of the sea, Poseidon to destroy the ralm of Cassiope's husband, King Cephius of Ethiopia. According to the Oracle of Delphi, the only way the couple could appease the sea god was by sacrificing their ravishing and virgin daughter Andromeda to the sea monster Cetus. Perseus, who had just killed Medusa, flying overhead on his winged horse Pegasus, saw Andromeda and fell in love with her right away and decided to save her by killing Cetus, claiming Andromeda in return.

The same repetitive motif of studies we see in one of Jan de Bisschop's sheets with studies in the coll. University Göttingen.[3]