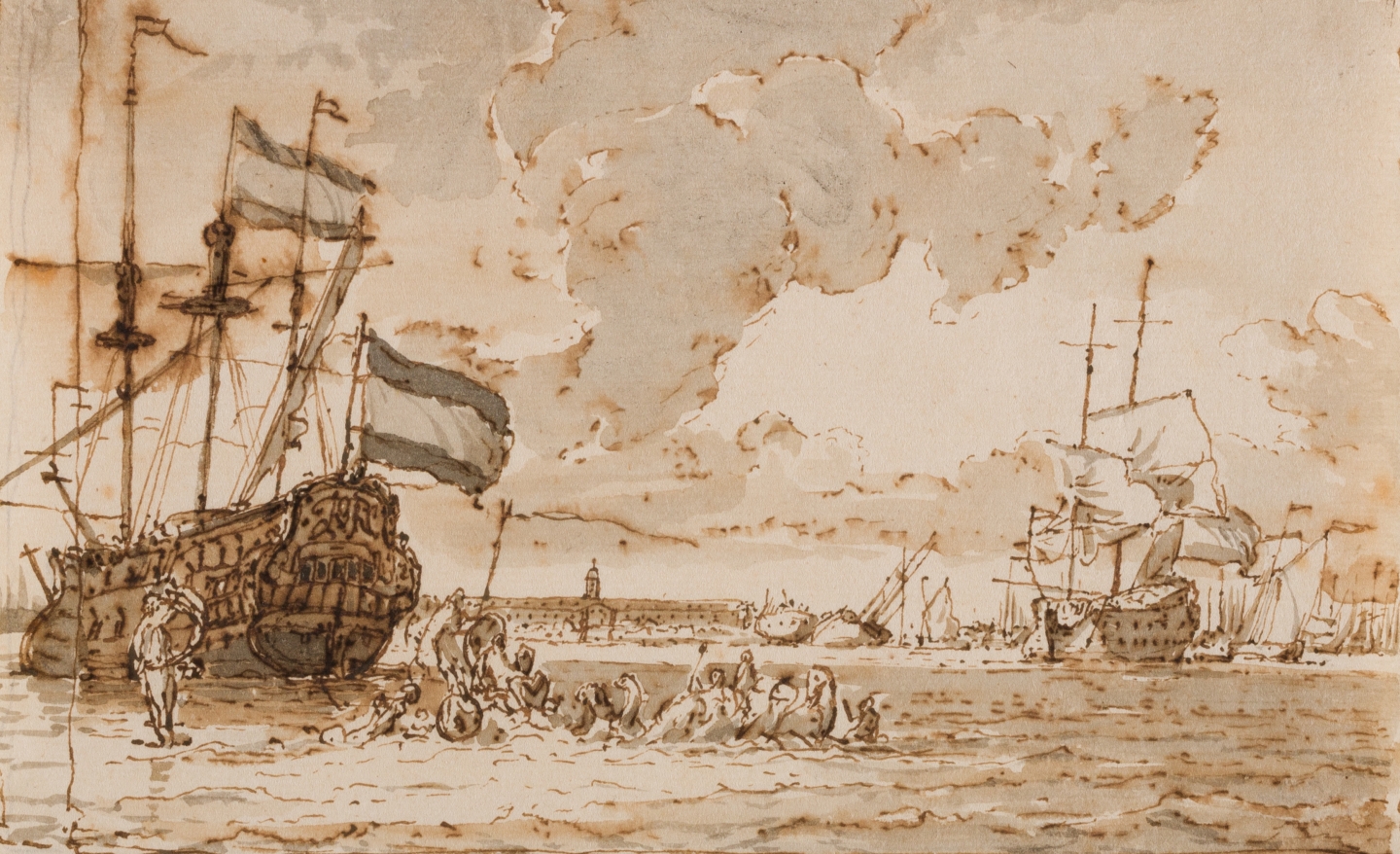 Ludolf Backhuysen or Bakhuizen (he used to sign with "Backhuijsen" untill the 1680's and later on ommitted the "c" and simplified his signature into "Bakhuizen") was initially trained by his father as a calligraph. Around the 1650's he started drawing "penschilderingen" (pen paintings), inspired by Willem van de Velde the Elder (1611-1693). Thereafter Ludolf had apprenticeships to Allaert van Everdingen (1621-1675) and Hendrik Dubbels (1621-1676). After the van de Velde's left for England around 1672, Bakhuizen became the most important sea painter of the Republic with Royal commissions of Tuscany, Prussia and Russia by Tsar Peter the Great who took drawing lessons from Bakhuizen.[1]

The depicted scene shows ships on the river "Ij", Amsterdam, with the VOC Schipyard ('s Lands Zeemagazijn) in the background and Neptune and Amphitrite on the foreground. The drawing shows the personification of Amsterdam ("stedemaagd van Amsterdam") holding a shield with the coat of arms of the city of Amsterdam, seated on a triumphal chariot with Neptune, God of the Sea. The chariot pulled by sea horses and Nereids, of which one seems to hold the palm branch of Fame. On the left of Neptune a Triton blows his shell horn. Whether the ship on the left is the "Amsteldam" is unclear, as the stern is too sketchy for a clear determination.

Bakhuizen painted a preliminary scene "Het zeemagazijn en de scheepstimmerwerf van de VOC op het eiland Oosterburg te Amsterdam" (The sea warehouse and shipyard of the VOC on the island of Oosterburg, Amsterdam) in 1696. Our drawing therefore may be dated between 1696 and 1701, more specifically around 1700.[3]