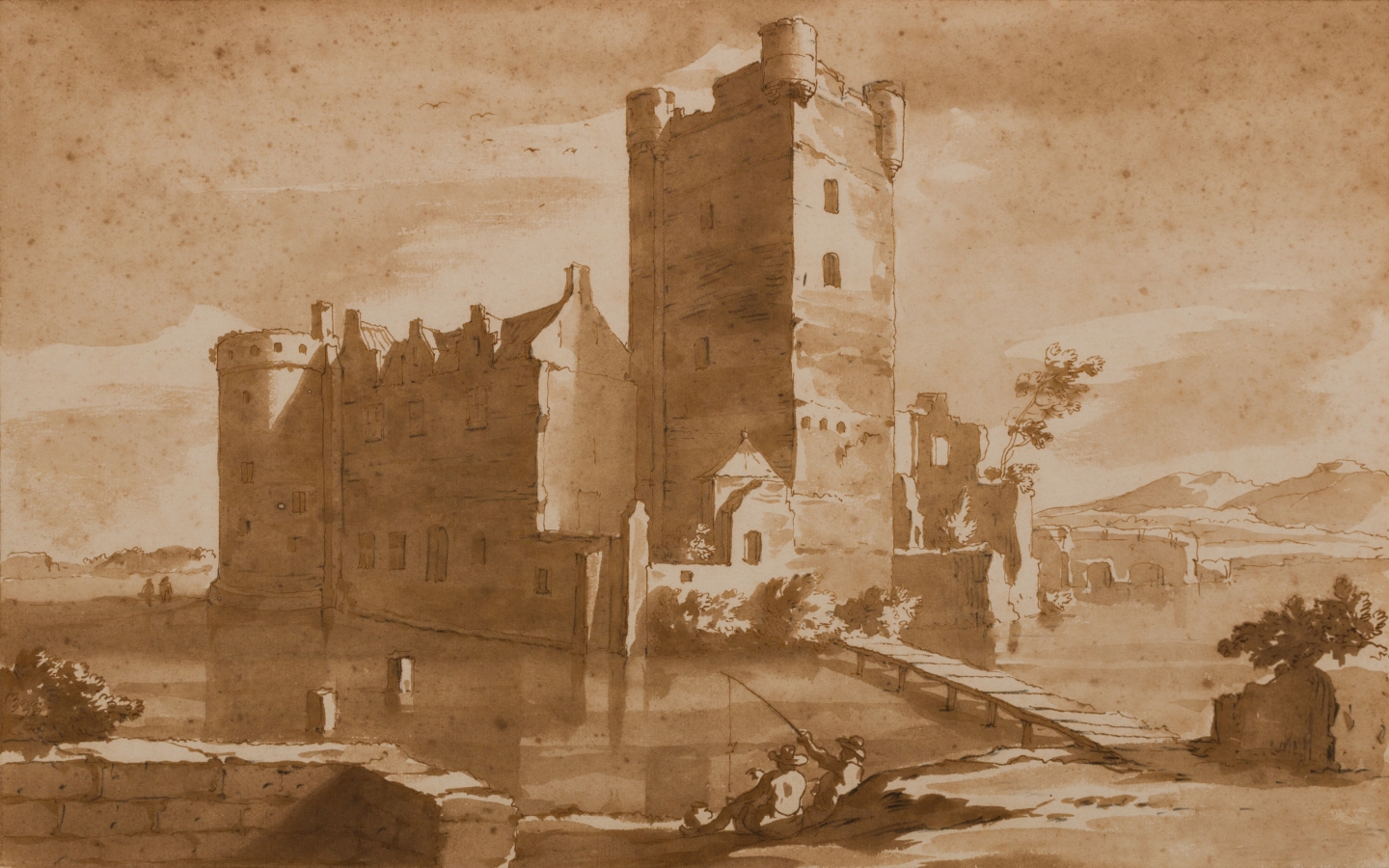 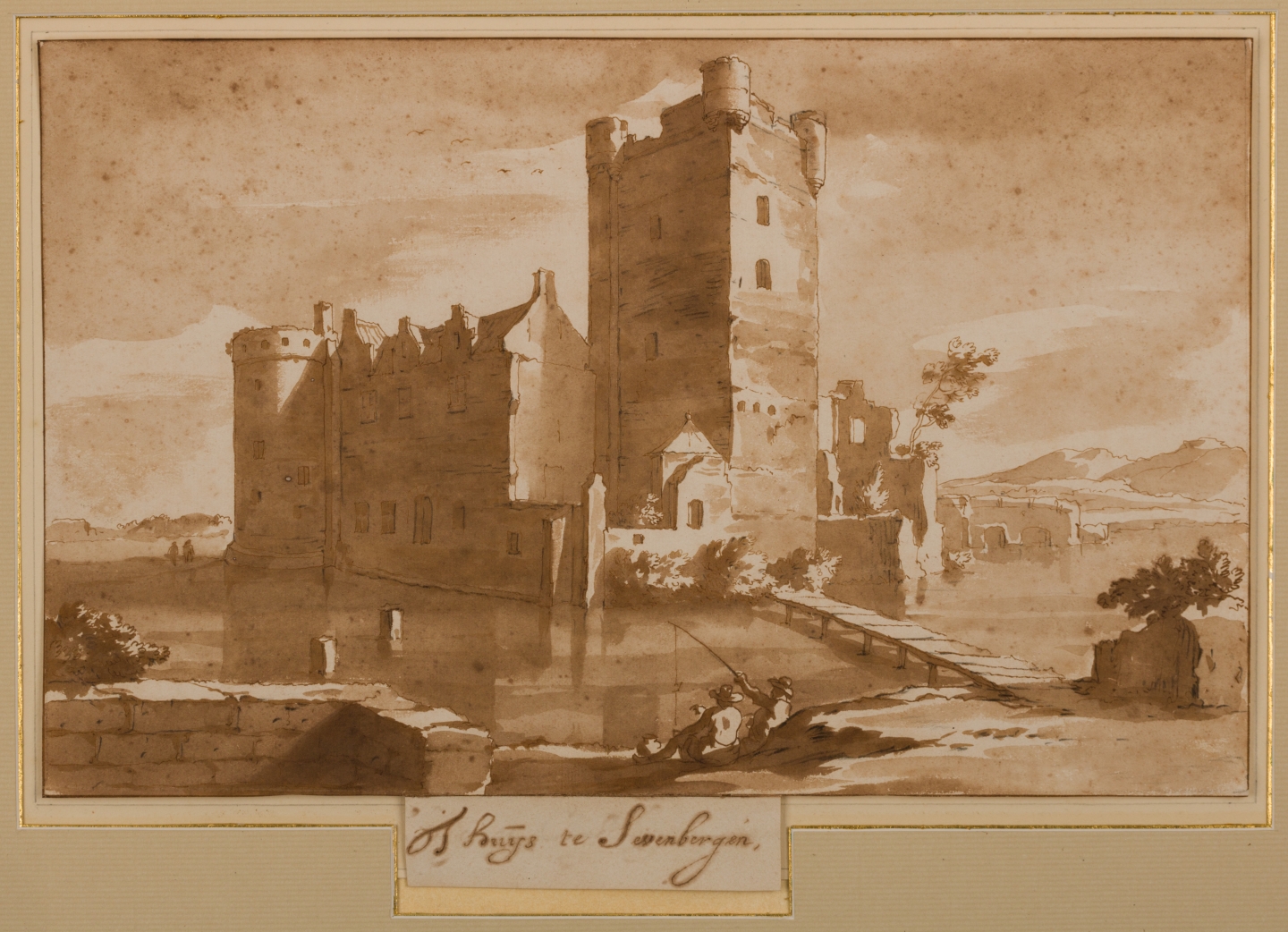 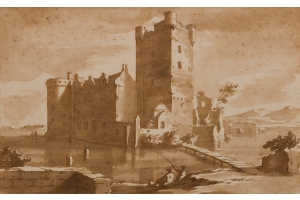 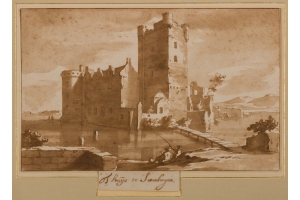 Though originally trained as a glazier, Jacob van der Ulft is better known as a draughtsman. Despite he never visited Italy his drawings and paintings by far most depict italian city and lanscapes. His drawings often are based upon works by earlier artists like Jan de Bisschop or sometimes even on fantasy. The difference in style between van der Ulft and de Bisschop sometimes is hard to distinguish.

Just like Roelant Roghman (1627-1692), van der Ulft made a series of castle drawings, though his series is considerably smaller compared to the Roghman series.

Castle portraits as a subject originates from the late sixteenth century with gouaches depicting belongings of the "De Cröy" lineage. Most famous is the series by Roghman, dating between 1647-1649, counting over 240 drawings of Dutch castles. Followed by the much larger series of 732 drawings by Abraham Rademaker (1677-1735) during the "Silver Century".

Alltogether van der Ulft produced 42 drawings of castles, of which 26 are of corresponding large sizes (all c. 200 x 300 mm). Most of them originally had a white lower marging, bearing the name of the depicted castle in calligraphy. Another similarity is the use of water as a foreground and the staffage of usually two or three figures seen from the back.[1]

Comparable series by van der Ulft with Italian views in the collection Fondation Custodia (coll. Frits Lugt) and an album with 40 figure studies in the coll. De Grez, Brussels.

It has been questioned whether van der Ulft drew "ad vivum" (after life) of whether he copied after ancient masters or fellow artists like the previously mentioned Jan de Bisschop. The drawings in the coll. Teylers Museum prove van der Ulft copied amongst others after Claes Jansz. Visscher (c. 1587-1652).[2][3][4]