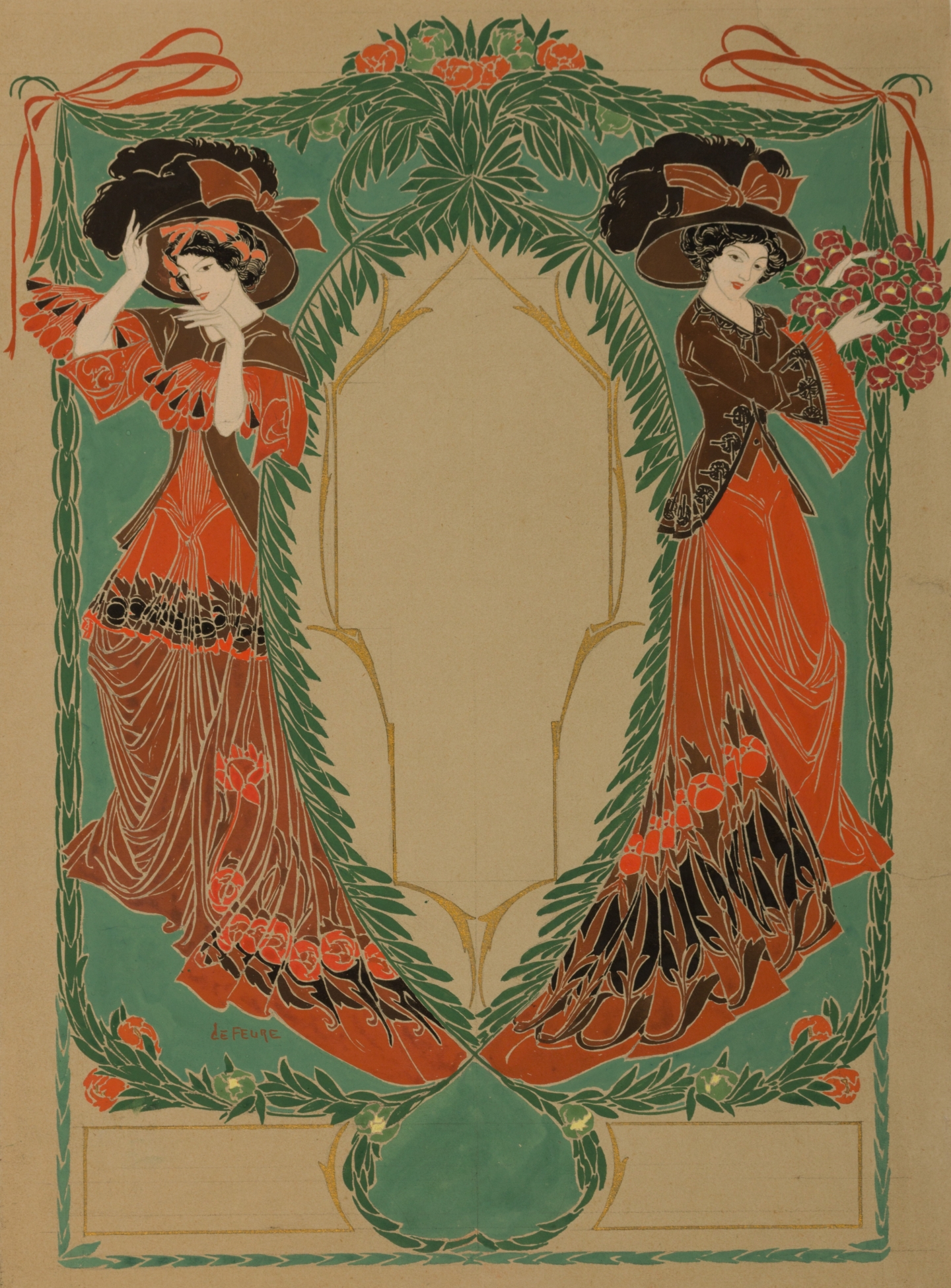 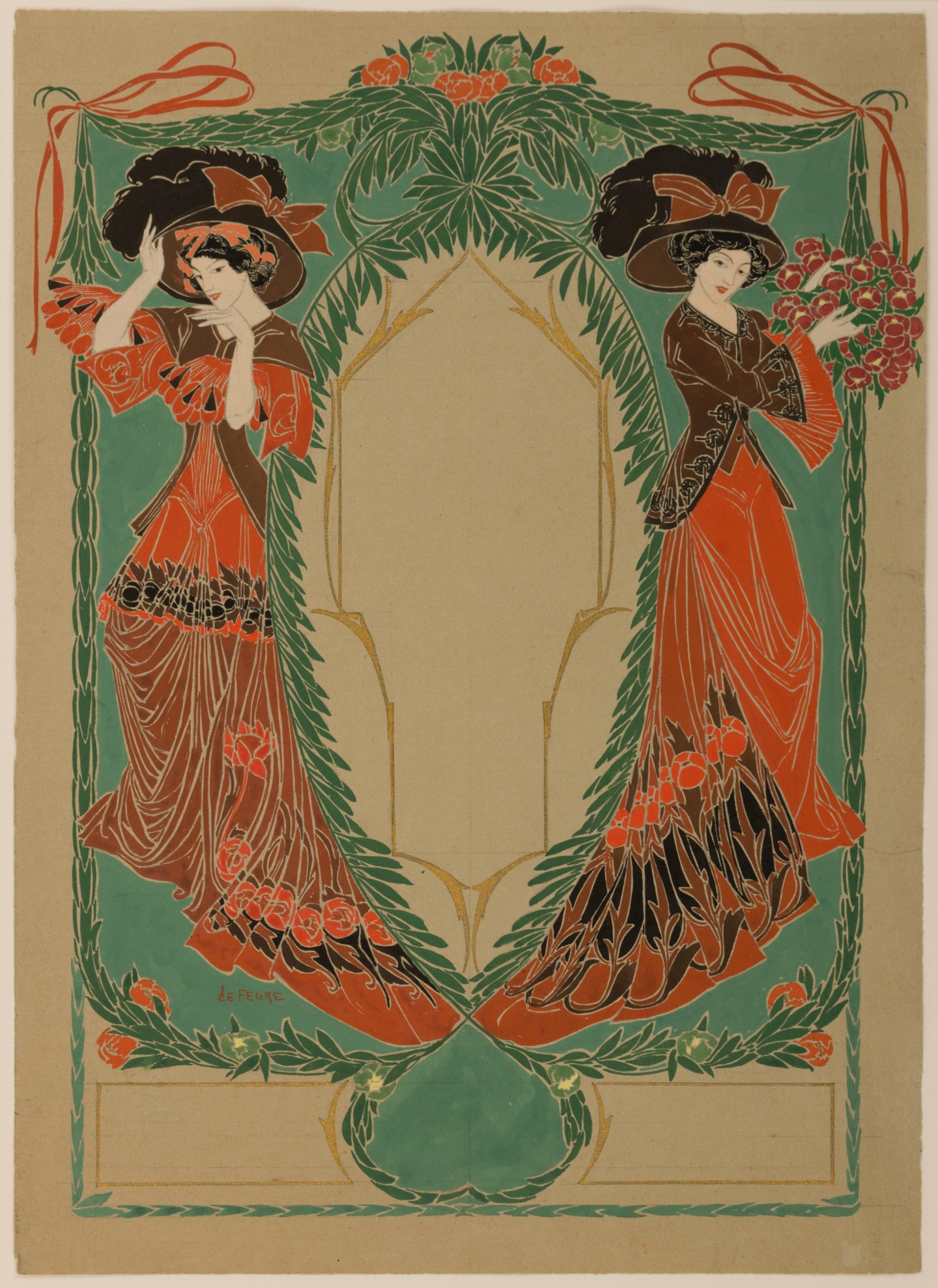 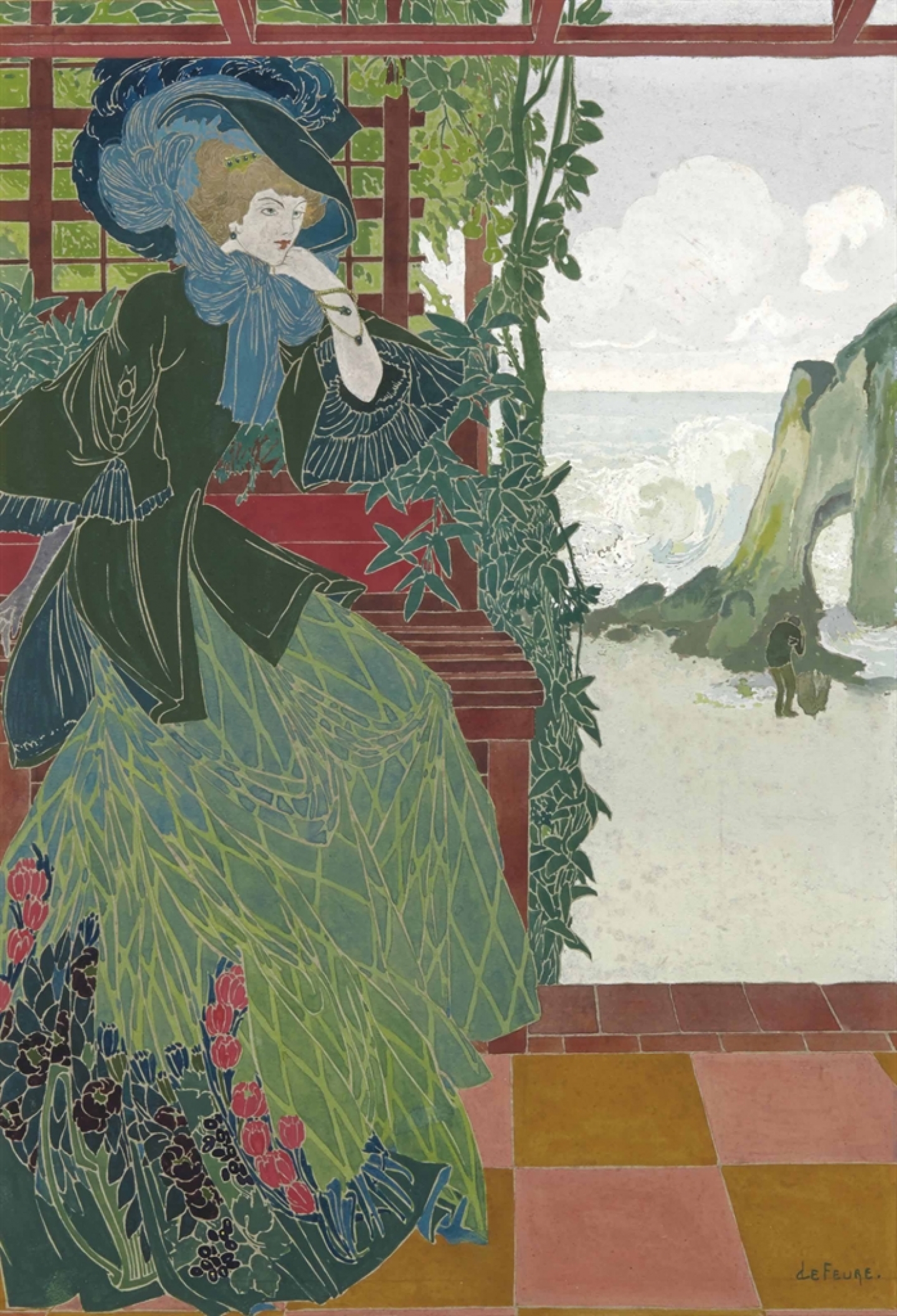 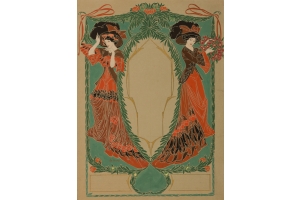 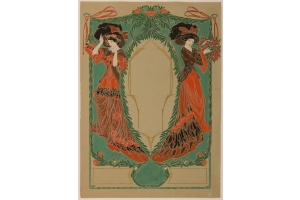 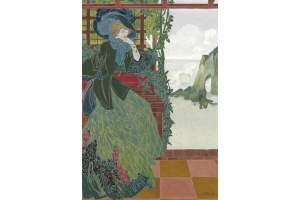 Georges de Feure is the pseudonym for Georges Joseph van Sluÿters. Born in Paris, he was of Dutch origin with the architect Jan Hendrik van Sluÿters as father and Charlotte Françoise Josephine Maréchal as his Belgian mother and raised in an affluent family who also knew poverty during George’s youth.

He left school early at the age of fourteen. This may have been caused by his youth, living in great wealth and evenso poverty, making him believe in himself, self-respect and how to survive independently. After a handful of humble jobs in Utrecht, Dordrecht, The Hague, Rotterdam and a theatre in Amsterdam he finally left for Paris where he would become famous.[1]

At the age of eighteen years old together with George Hendrik Breitner (Rotterdam, 1857-Amsterdam, 1923) he was one of only eleven students admitted for the Rijksacademie voor Beeldende Kunsten Amsterdam in 1886 which he left already two days later as he felt academic training had nothing to offer him and never again took up formal artistic study again.

He settled first in Montmartre where he visited the cafés-cabarets like Le Chat Noir and L”Ange Rouge studying the paintings, watercolours and drawings on their walls. He has been suggested to be an apprentice of Jules Chéret (Paris, 1836-Nice, 1932), although this seems unlikely.

His first known work was a caricature for Le Courier français in 1890 and he would publish frequently in humouristic and popular journals, training his draughtsmanship towards symbolism.

His most important period was between c. 1890-1905, when he worked for L'Art Nouveau Bing of Siegfried Bing in Paris, who would become his patron and proprietor of L’Art Nouveau. De Feure's first exhibition with Bing was at Pavillon de L'Art Nouveau at the Paris Universal Exhibition of 1900.

Our drawing, which should be dated c. 1894-1895 shows de Feure’s most expressive and mature theme of Symbolist art, that of the Femme Fatale and Sapphic love, with women as triumphant, cruel or disdainful creatures. This drawing is from his early Symbolist period, when he was almost exclusively preoccupid with the theme of sapphic love, directly influenced by Charles Baudelaire’s theory of misogynism in his poems Les Femmes Damnées, Lesbos and Les Fleurs du Mal. Both women dressed rich and elegantly as superior individuals far above men, empowered by their seducing looks and gestures.

Octave Uzanne wrote on de Feure's early symbolist drawings "One feels that he loves womankind in its supreme beauty, which is the supreme evil itself. He strives to paint in all its varieties her eternal feline attributes - the woman of a thousand curves, a thousand fascinations, consumed by a selfish love, given to all excesses, the trunk whence all the vices spring, the source of all the ills, the soul of every forbidden delight. He sees in these sirens nothing but demons whose mission it is, as St. Augustine thought, to increase sin and degrade all vigorous thought". [2]

The present drawing is closely related to the drawing by de Feure which was until previously in the Triton Collection Foundation.[3](image 3)

The multi-talented de Feure became one of the foremost artists of avant-garde of Symbolism, the colour lithographic revolution in printmaking and the Poster Movement, Japonism and Art Nouveau. He was active in a broad range of Fine and Applied Arts making paintings, drawings, prints, furniture, stage designs, complete interior designs, lamps, glass sculptures and even aeronautic designs. De Feure was one of the most prominent artists working for the famous Paris dealer Siegfried Bing, who died on the 37th birthday of de Feure.

Cause of his most appreciated Art Nouveau poster designs, of which our drawing is an excellent example, Georges de Feure was called "The poet of the Poster".

Louis Vauxcelles called him “L’homme orchestra” for being active in the complete spectrum of Fine and Applied Arts.

Our drawing comes with a photo-document and appraisal by Ian Millman, the specialist in charge and author of the catalogue raisonné on Georges de Feure.[4]