Johan Philip Koelman (The Hague, 1818-1893 The Hague) Half-length portrait of a young man 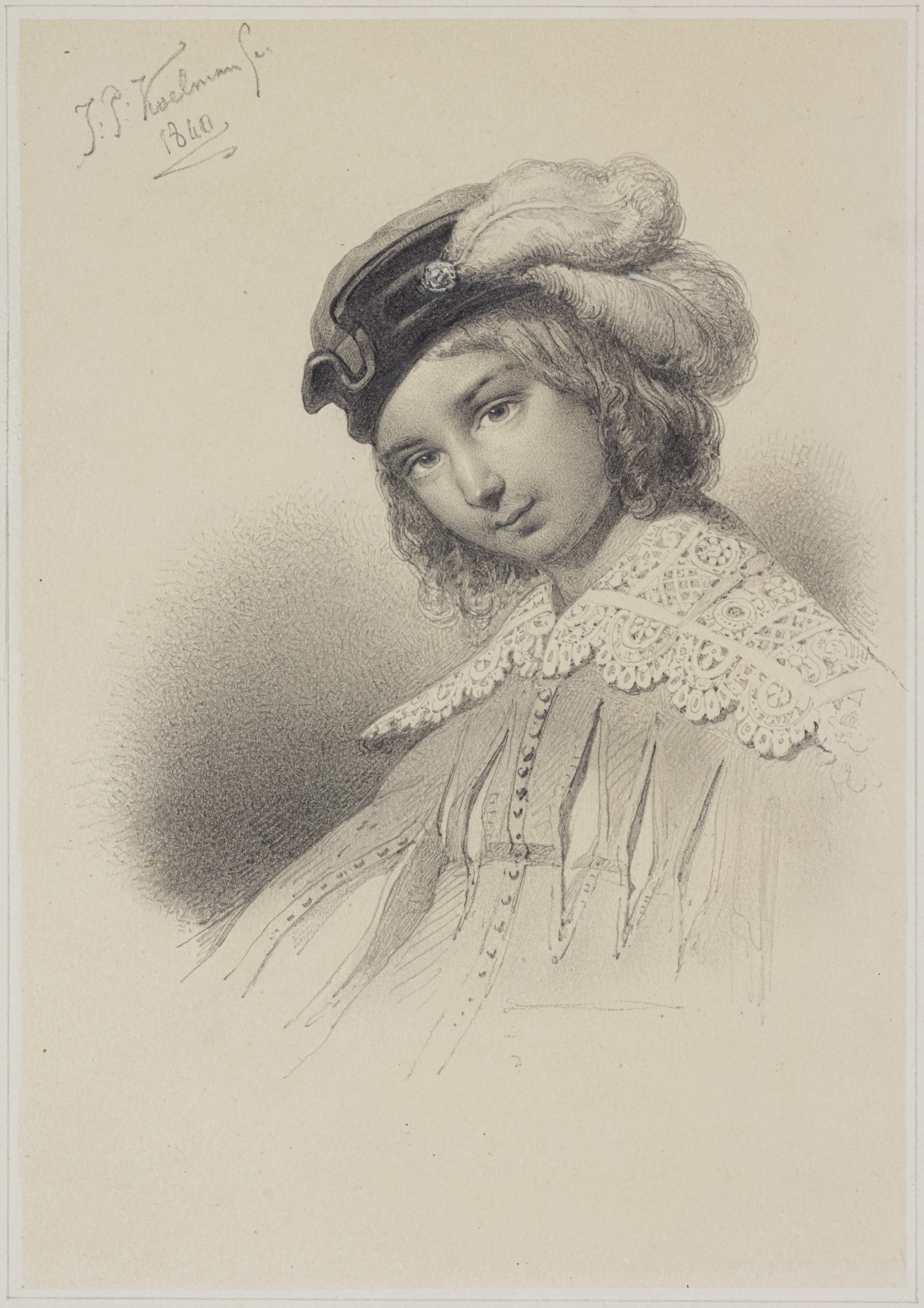 Johan Philip Koelman was born in The Hague in 1818 as the eldest of three brothers. They were the children of a carpenter. Being raised in the workshop of his father, this would become the base for Johan Philip's later career as a sculptor. His two elder brothers Jan Daniël (The hague, 1820-Rome, 1857) and Johan Hendrik (The Hague, 1831-1887) were painters and draughtsmen as well.

In 1844 Johan Philip left for Italy for no less than thirteen years, where his brother Jan lived. He lived in Rome and close surroundings as Subiaco and Genazzano where he drew landscapes and figures. In 1848 he faught in the Siege of Rome about which he would write a book in 1869. Later on he painted lifesize portraits of many prinses, princesses, earls and countesses, nobleman and women and was highly appreciated for his refined skills. In 1857 he returned to The Hague again were he succeeded J.E. van den Berg as director of the Haagsche Koninklijke Akademie van Beeldende Kunsten (The Hague Royal Academy of Arts) from 1861 till 1870.[1] Here he would educate G.H. Breitner, G.W. Dijsselhof, Isaac Israels, Willem van Konijnenburg, Jacob Maris, Johan Thorn Prikker and many more important artists.

In 1864 together with H.P. Vogel Johan Philip made his first sculpture, the bas-reliëf of Baron van Saxen Weimar in The Hague. Later on followed the National Monument 1813, sculptures for the Nederlandsche Bank Amsterdam (Dutch Bank of Amsterdam) in 1866, the Brielsche Nymf in 1873 and his most prominent the monument of Het Ontzet van Leiden (Siege of Leiden) in 1875, together with H.P. Vogel again.

Our drawing is an early drawing by Johan Philip, from the period when he was a pupil of Cornelis Kruseman and sent in drawings for the Hague exhibitions between 1841 and 1843, just before he left for Italy. Closely related and slightly later drawings are in the coll. Rijksmuseum Amsterdam.[2][3](image 3)