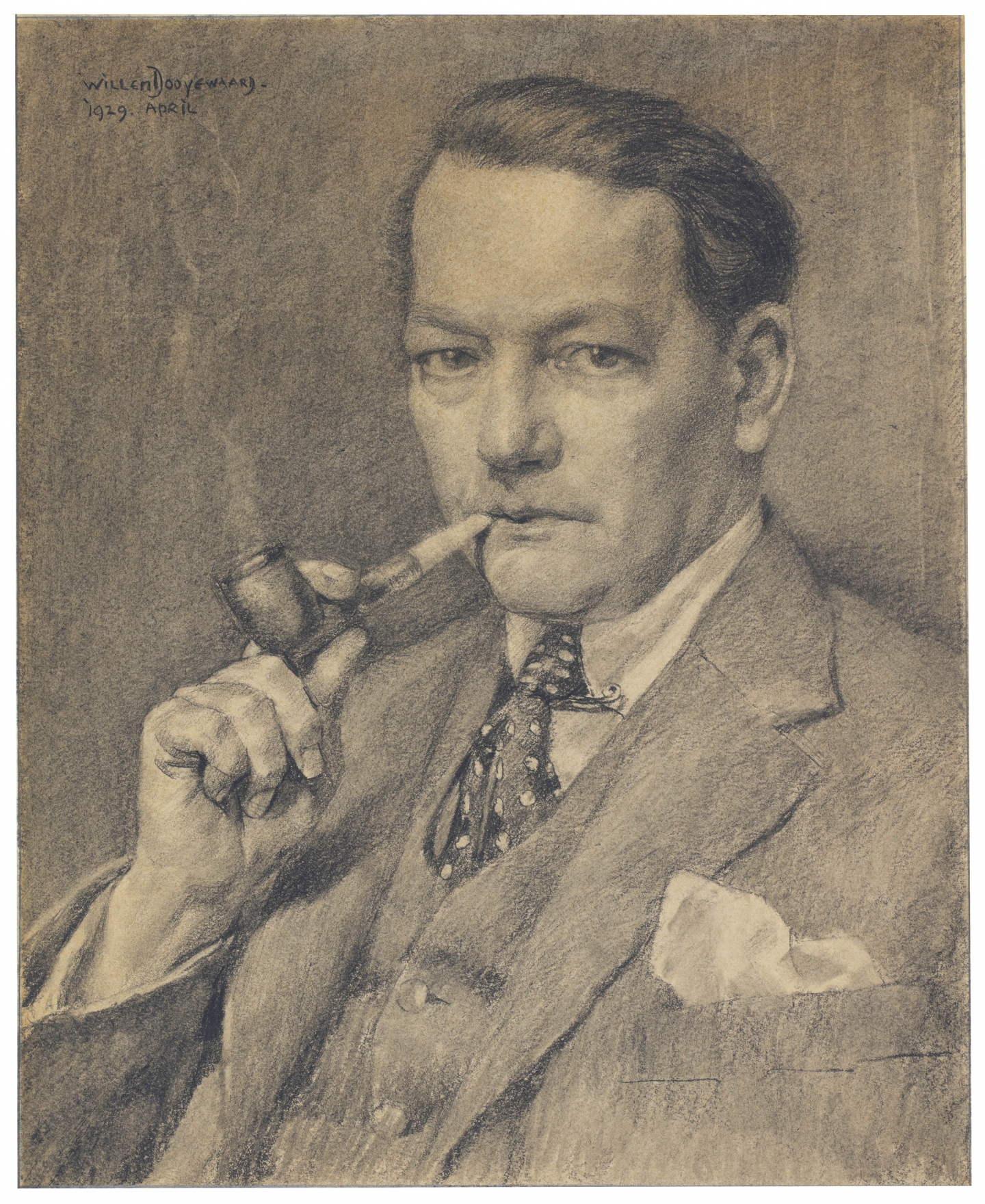 Just like his elder brother Jaap, Willem studied at the Rijksschool voor Kunstnijverheid. Aside from this Willem was taught by Roland Strasser (1895-1974) with who he also travelled. Willem Dooijewaard was an adventurous and avid traveller and when he was offered the opportunity to accept work in Sumatra, he gladly accepted. After six years there, he travelled to Java from which he returned home with a portfolio of drawings, much appraised by Jaap. Willem's return home didn't last long and he went to Norway, France and Spain. After a short return to The Netherlands he set out for Bali for which he was a pioneer and fell deeply in love with the archipel. Here he met the Austrian artist Roland Strasser (1895-1974) and the two friends travelled to China, Mongolia, Japan, India, The Himalayas and the forbidden country of Tibet, visiting places and countries only few Westerners had ever visited before which made him feel like being part of a fairy tale in a mysterious world where he recorded the locals and their landscapes in his characteristic impressionist style.[1]

Willem returned back to Holland in 1928 for a stay of two years after which he travelled to the far East again, this time visiting Japan where he met his future wife Jacoba Frederike Reinders who also travelled all by herself and the couple shared common interests. After their marriage in Kobe, the couple set out for Bali where they lived for three years.

In 1933 Willem and his wife Jacoba returned to The Netherlands where they went to live in "De Zeven Linden", the house of Willem's brother Jaap in Blaricum.[2][3]

In spite of Jaap being Willem's senior by sixteen years, great differences of character and the brothers lived separated from each other by far the greatest part of their lives due to the numerous travels of Willem, the two brothers have been very much attached to each other since their early childhood.

In this splendid intimate portrait of Jaap, which Willem drew shortly after he returned from Tibet, a sojourn which changed his personality and visions radically, Willem has portrayed his brother at the age of 52 with the greatest sense of admiration, brotherly love and artistic appreciation.