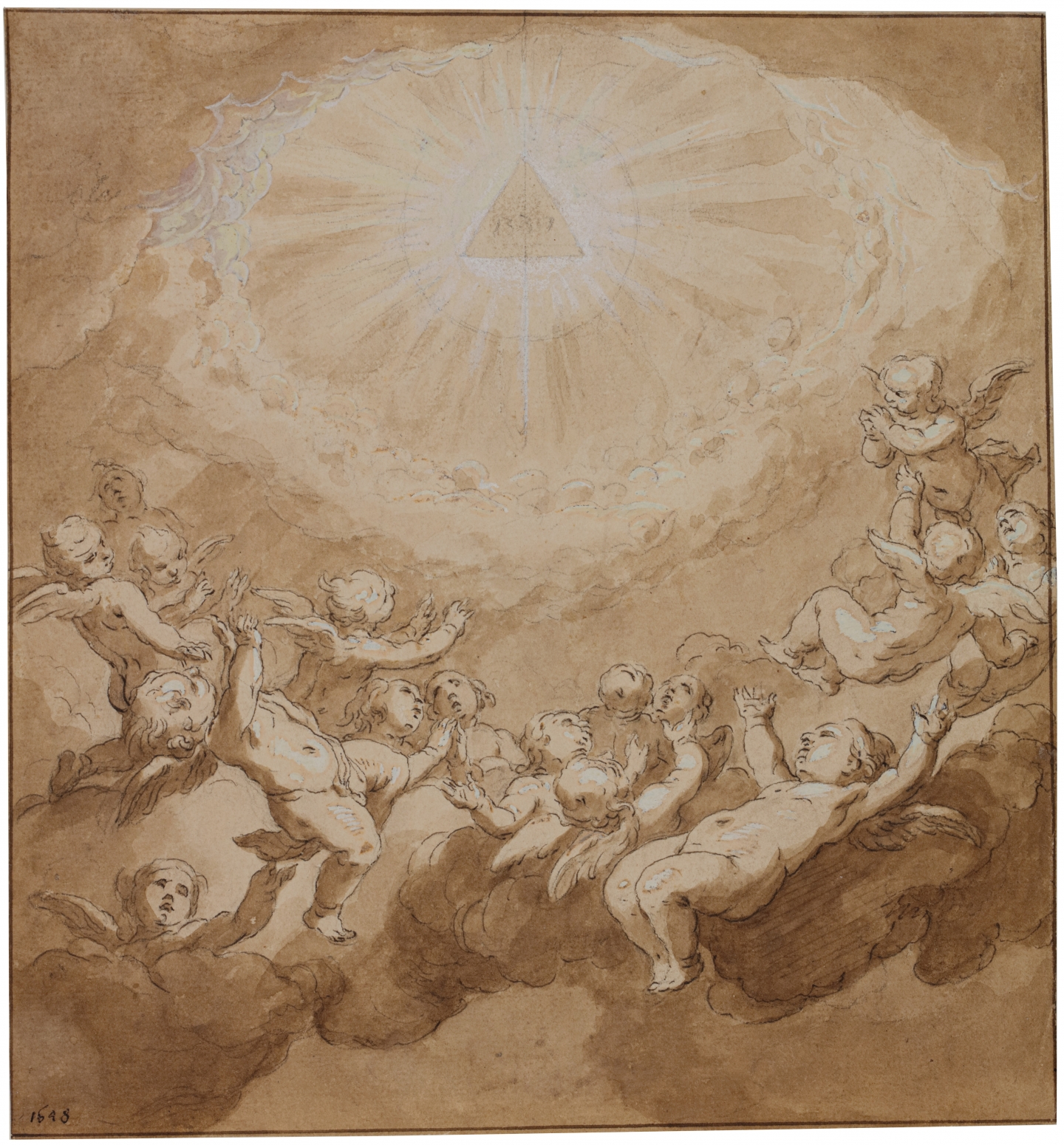 This drawing with a most exceptional and rare topic to be treated by Bloemaert, follows the composition of the upper part of the important altarpiece painting "The Four Church fathers (1632)" Bloemaert painted after his earlier print dated 1629 with the main difference of the two angels being replaced by ten. This is the only case within his oeuvre where Bloemaert repeats a print with a painting. The Dove of Peace being replaced by the radiant triangle which bears the four Hebrew letters " הוה" translated into English as "YHWH" (Yodh, He, Waw and He) meaning "God of Israel".

The present finely executed sheet is an outspoken example of the type of drawings Prof. Jaap Bolten describes as picture-drawings: fully mature and finished drawings, ready for the market or to receive commissions. A garland of no less than sixteen Children-Angels in complete devotion worship God encircled by a Pantheon dome shape of clouds. Our drawing, dated 1648, made when Bloemaert was over eighty years old, is drawn in a relatively naturalistic style instead of the mannerist style with extended, contorted, preternaturally and idealized bodies for which Bloemaert is famous.[1][2][3][4][5][6][7]