Willem Gerard Hofker (The Hague 1902-1981 Amsterdam) South banks of Pont Neuf overlooking the Louvre (the artist has depicted himself on the lower left while sketching). 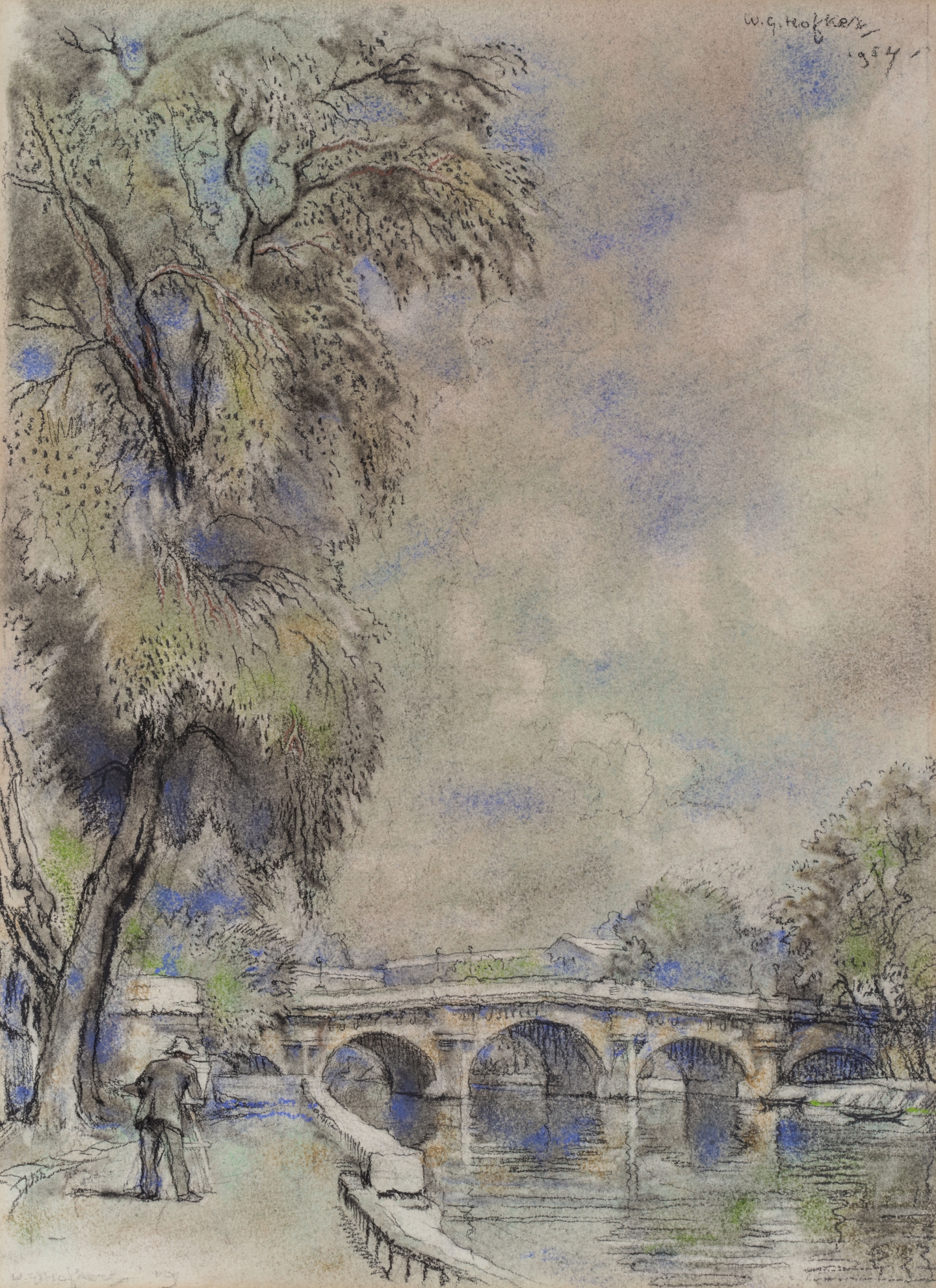 Hofker, whose reputation is predominantly based upon his drawings, etchings and paintings of Balinese nudes, also made numerous topographical drawings during his travels through Europe.[1][2]

He visited Paris at least two times in 1954 and 1965 where he made several drawings of The Louvre and Pont Neuf, one of which is preserved in the Teylers Museum, Haarlem.[3]

The city was of great pleasure and joy to the artist as he wrote in 1965 "What fun to be in Paris - a change of scene has freed us from all the burdensome concerns and made us merry and carefree. I have now started drawing the Louvre, seen through the three gateways in this Triumphal Arch. It is so good to have such memories of Paris. It also helps us recall subjects dear to our hearts" (Willem, 3 October 1965).[2]

In this recently discovered and thus far unrecorded drawing, the artist has depicted himself while sketching on the easel, on the south banks of the Pont Neuf bridge on the river Seine overlooking The Louvre with the roofs of the Centre Dominique Vivant-Denon visible.