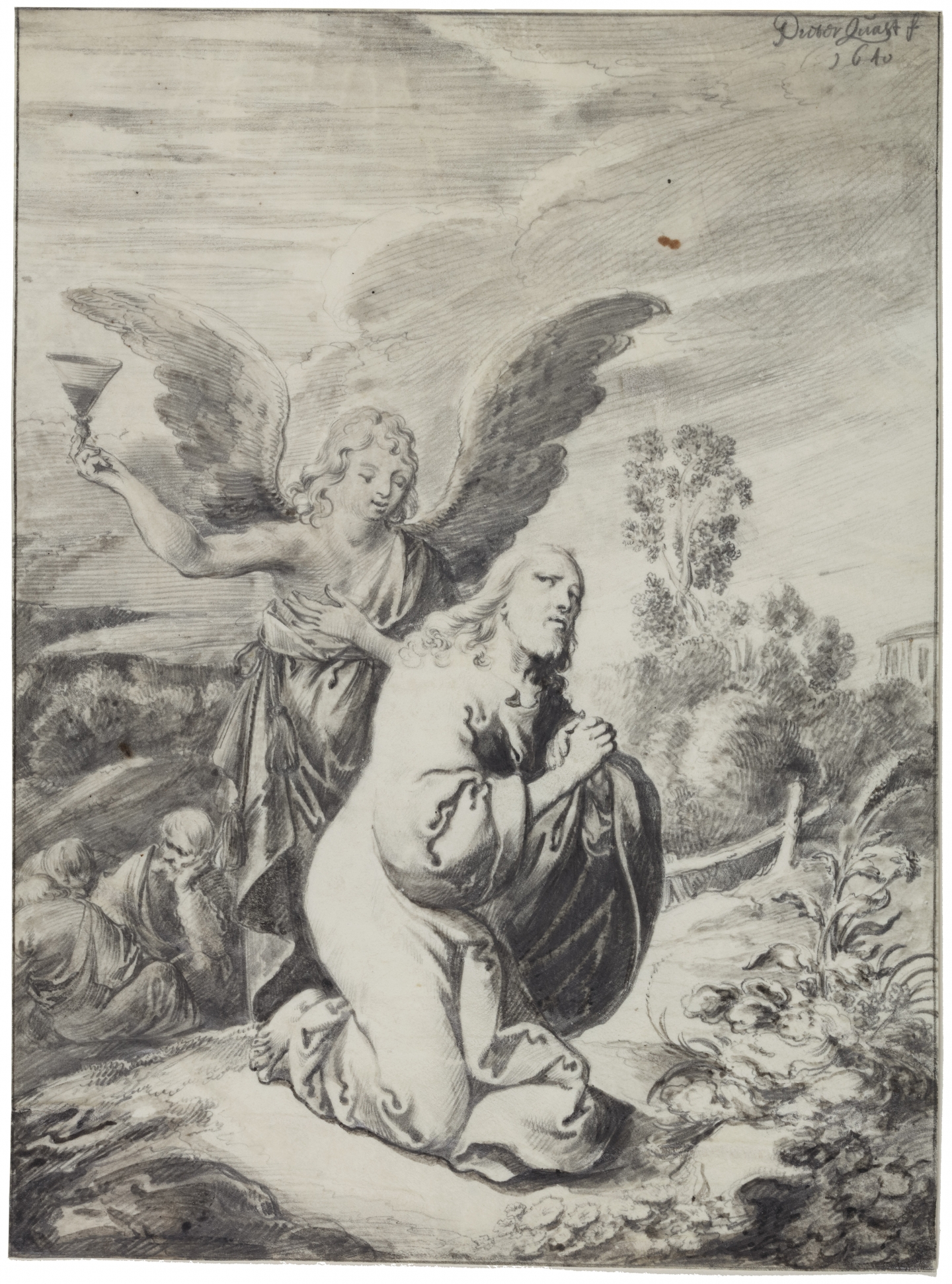 The present sheet is a most successfully accomplished example of Quast's draughtmanship and is part of his "Passion of Christ" series dated 1640. The Passion describes the final period in the life of Jesus Christ from his triumphal entry into Jerusalem until his crucifixion and resurrection. Shown in this brilliantly preserved drawing on vellum is the moment where Christ prays in great despair in the Garden of Gethsemane on the foot of the Olive Mountain on the day before his crucifixion on Mount Calvary/Golgotha.

As with seventeenth century painters who used the whimsical veined shapes in a slice of lapis lazuli as background for their paintings and incorporated these naturally shaped artifacts of the media into their compositions, whether solicited or unsolicited, the nuchal folding of the vellum on the far upper centre, just above the head of the Angel, creates a halo which underscores this biblical scene in a brilliant and unique way.

Several scenes of Quast's Passion series have been preserved in the collections of the Metropolitan Museum of Art, New York and Stiftung Weimarer Klassik und Kunstsammlungen, Weimar (Thüringen).[3][4]