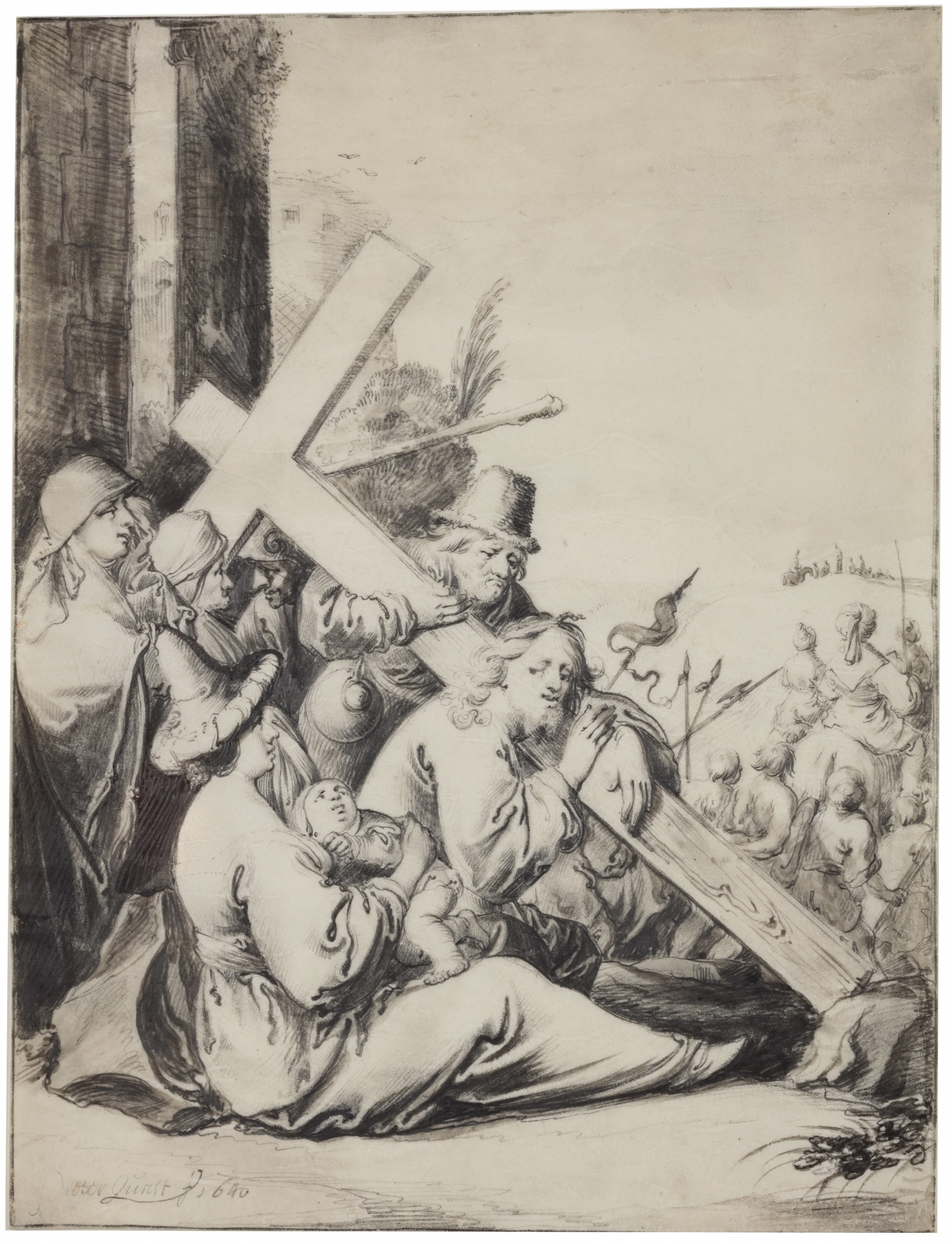 The present sheet is a most successfully accomplished example of Quast's draughtmanship and is part of his "Passion of Christ" series dated 1640. The Passion describes the final period in the life of Jesus Christ from his triumphal entry into Jerusalem until his crucifixion and resurrection. Shown in this brilliantly preserved drawing on vellum is the moment where Christ takes a short rest while carrying the Cross on the road to Mount Calvary/Golgotha.

Several scenes of Quast's Passion series have been preserved in the collections of the Metropolitan Museum of Art, New York and Stiftung Weimarer Klassik und Kunstsammlungen, Weimar (Thüringen).[3][4]