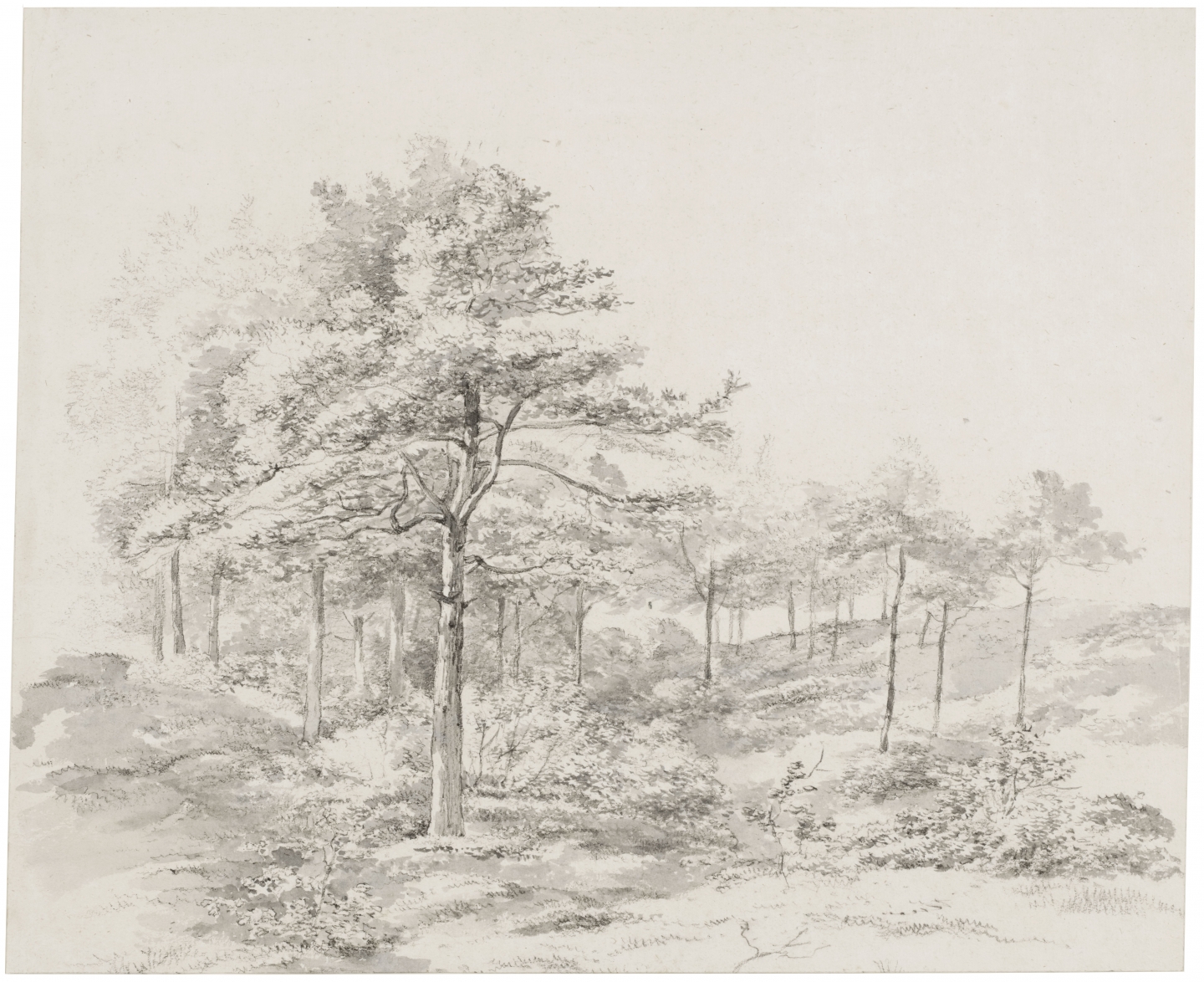 Dated drawings (1826-1833) depicting Bentheim and it's surroundings have been recorded by both draughtsmen Albertus Brondgeest and Abraham Johannes Ruytenschildt. The present drawing shows exactly the same sunlit forest view as the drawing by Albertus Brondgeest (1786-1849) in our collection and is an intimate document which shows the close friendship between the two draughtsmen. Ruytenschildt and Brondgeest apparently drew the same composition shoulder to shoulder and used the same source of grey-bluish ink for the washing of both drawings. A most intimate document on the history of a Drawing Society and friendship among traveling artists in the early nineteenth century.