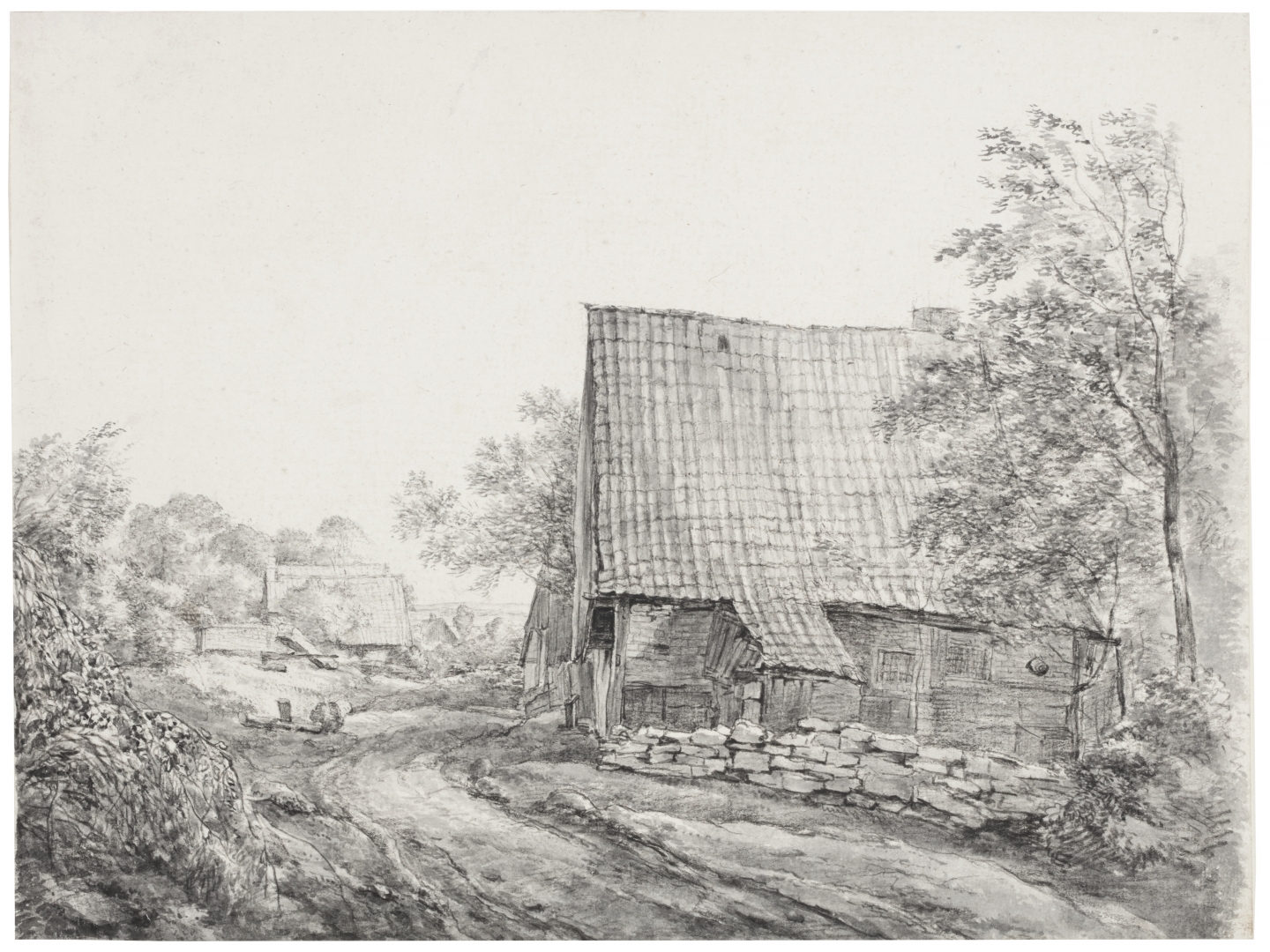 Dated drawings (1826-1833) depicting Bentheim and it's surroundings have been recorded by both draughtsmen Albertus Brondgeest and Abraham Johannes Ruytenschildt. The present sheet shows a slightly dilapidated stonemasonry in the village of Bentheim, where Ruytenschildt and Brondgeest have drawn on several occasions. The drawing shows one of the many typical stone mason's houses found in Bentheim and shows great similarities with the stonemasonry in the collection Rijksmuseum Amsterdam by Albertus Brondgeest.[4]