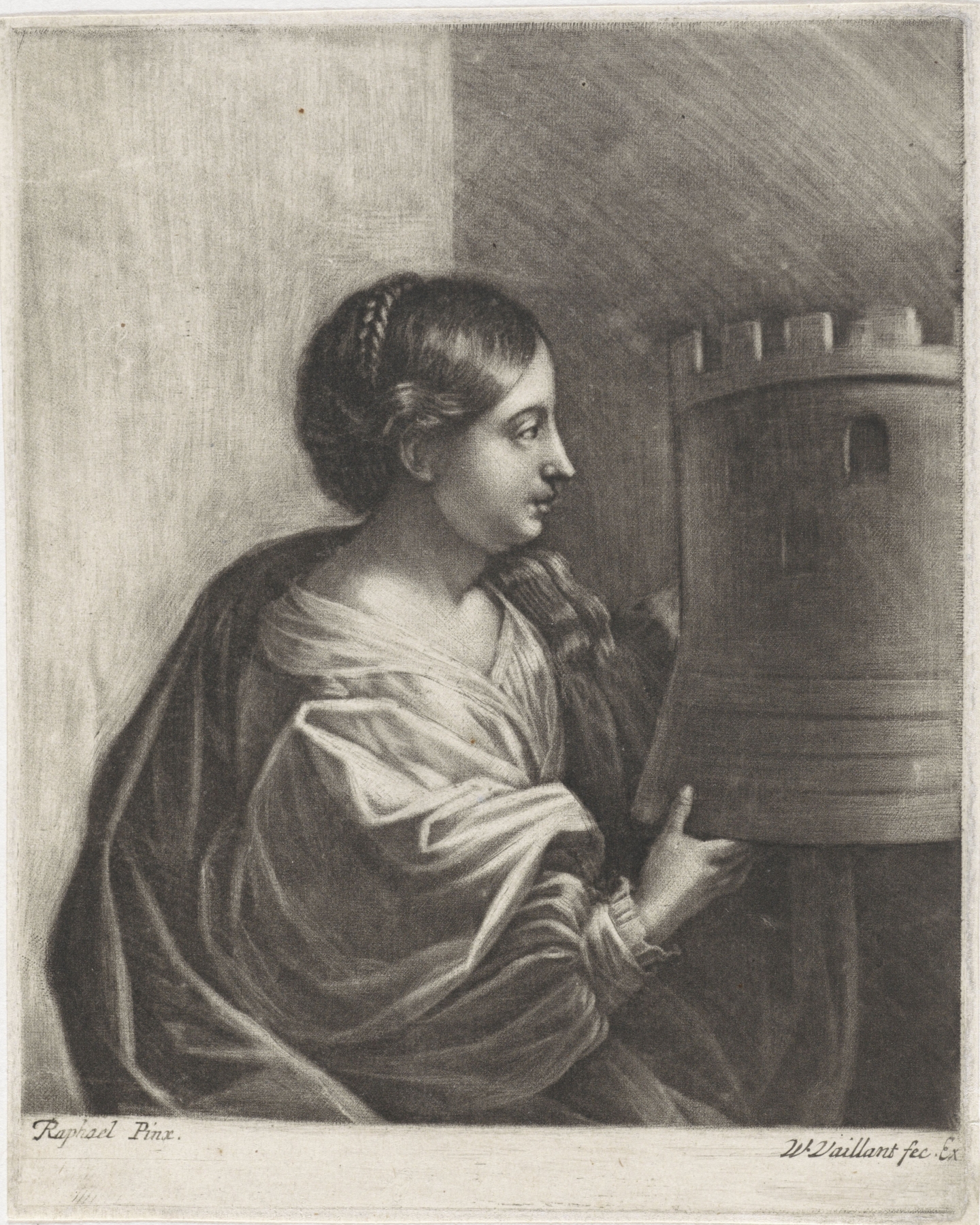 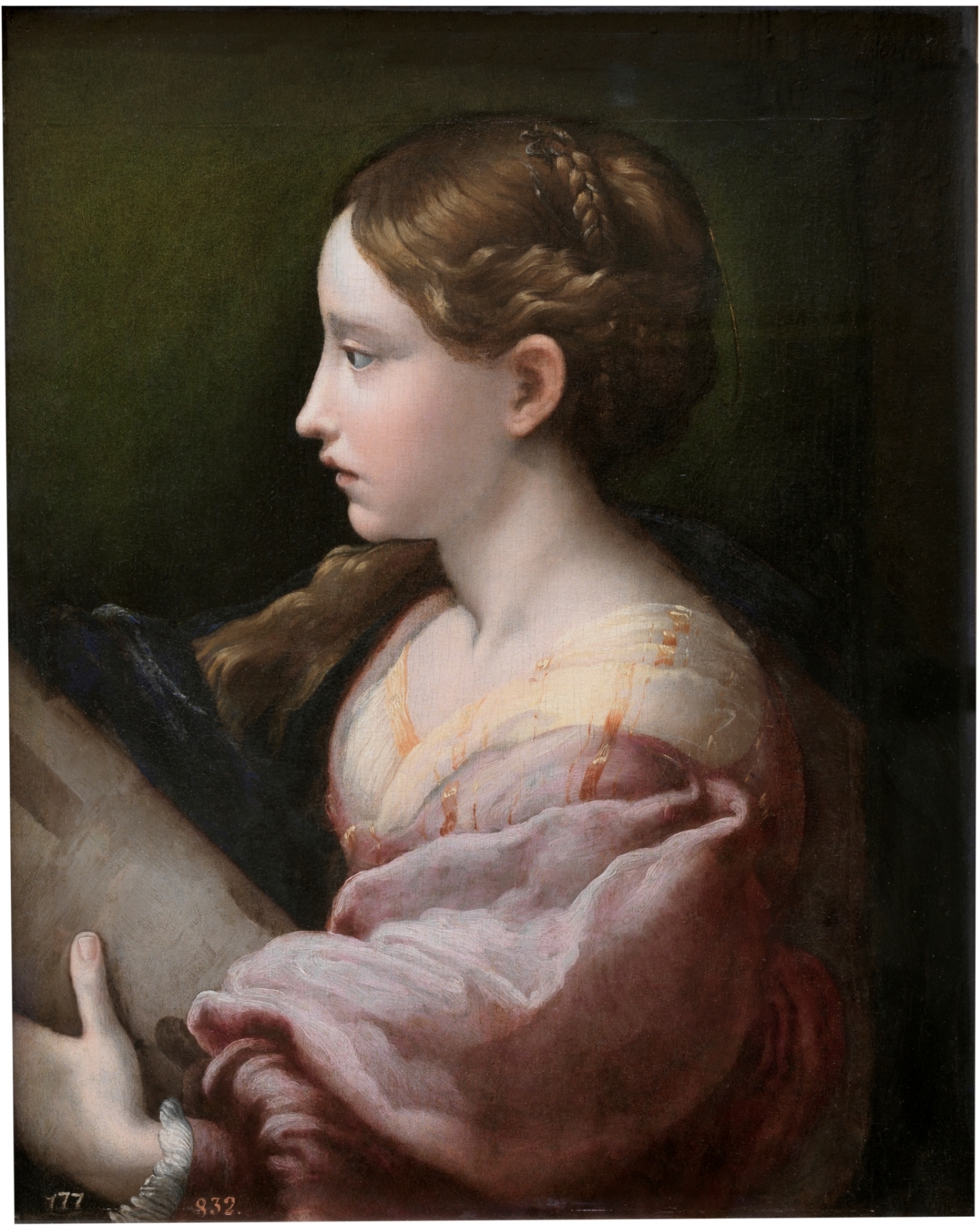 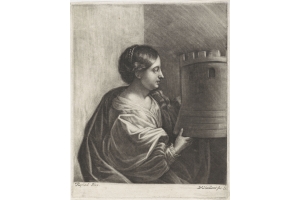 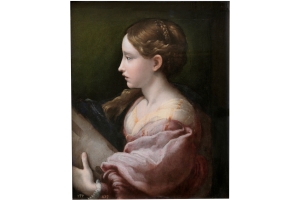 Jan de Bisschop was the son of Harmen Jansz. de Bisschop and Aaltje Adriaensz. van Noort. Jan preferred to call himself Episcopius (Latin for Bishop) as he had a strong preference for the latin language. He is assumed to have been an apprentice of Bartholomeus Breenbergh (Deventer, 1598-Amsterdam, 1657), though he was a dillettante. Jan studied Law in Leyden after which he settles as a lawyer in The Hague in 1652. He married Anna van Baerle (1615-1676) in 1653. In The Hague de Bisschop held close connections and friendship with the Huygens family, especially with Constantijn Huygens Jr (1628-1697).

The present drawing, depicting Saint Barbara was erroneously annotated "Giulio Romano" by Constantijn Huygens Jr. Wallerant Vaillant, who used de Bisschop's drawing as the original after which he engraved his mezzotint of Saint Barbara and whom is known to have engraved frequently after the original drawings by Jan de Bisschop after 1665, has given the painting to Raphael, just like Jean Dubois, who engraved the same subject. Though.....the original painting by Raphael appears untraceable and we do find a matching painting by Parmigianino in the collections of the Prada Museo Madrid. Hendrick Bary (1640-1707) also engraved after drawings by de Bisschop. Sir. Peter Lely (1618-1680) was a great admirer and collector of these drawings by Jan de Bisschop.[3][4][5]

She lived in the third century in Nicodemia or Heliopolis and was the daughter to the rich pagan Dioscures. Barbara's father tried to hide his daughter from all worldly influences and locked her in a tower. Despite her father's attempt to she got into contact with Christianity and as a symbol had a third window added to her tower. She was tortured to leave Christianity and when she refused was decapitated by her father. Being a martyr and patroness for bell founders, mine workers, artillerymen and those who work with explosives, Barbara is often depicted with her tower with three windows as symbol of the Holy Trinity.