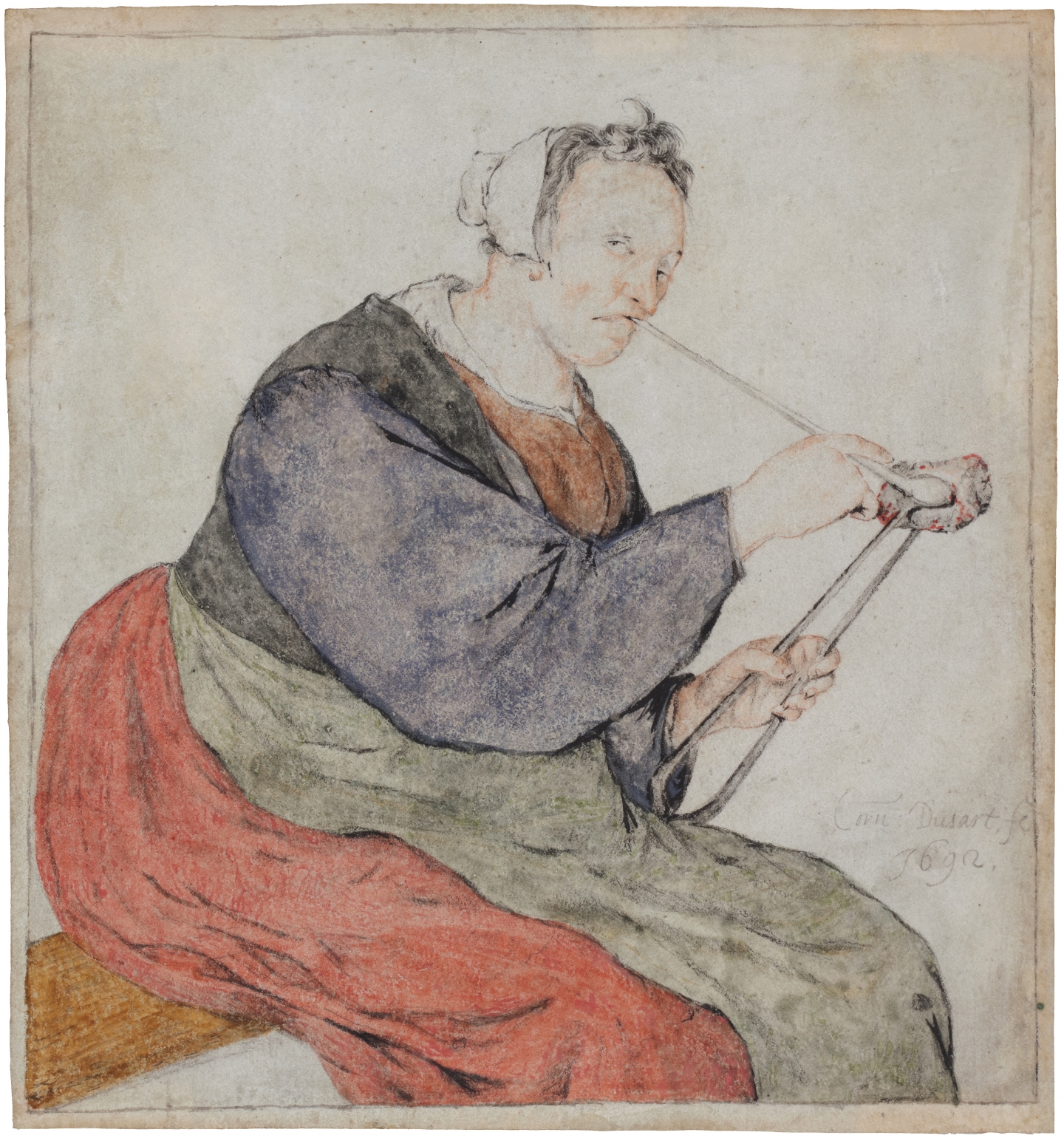 Being the last as well as favourite pupil of Adriaen van Ostade, Cornelis Dusart was one of the last exponents of the seventeent-century Dutch peasant genre tradition established by his master with whom he studied between c. 1675 and 1679. He joined the Haarlem Guild in 1679, the same year from which we know his earliest signed and dated paintings.[1]

Between 1680 and 1695 Dusart made a series of highly finished drawings on vellum. These drawings range from small tondo's depicting most expressive peasants and fools to large barn interiors with companies making merry.[2][3]

Dusart owned a large collection of drawings and prints (he was the heir to the Ostade studio) by Adriaen Brouwer, Adriaen and Isaak van Ostade and Jan Steen and therefore his oeuvre is strongly influenced by the major themes of his predecessors.

Our drawing of a smoking peasant woman shows a sturdy farmer woman, who boldly looks at the spectator while lighting her clay pipe with a hot coal which she clamps between a pair of coal tongs. Dusart combines his so characteristic use of soft tones with refined colour combinations. The use of red chalk which Dusart as usual limited to the hands and face, echoing in the glowing coal. Compared to the grotesque character heads this boldly looking peasant woman with her cheeky look is a fine example of Dusart’s facial expressions executed on parchment between 1680-1695. Our fully signed and dated drawing indicates it to be a finished work ready for the market to be sold to collectors.

A closely related drawing of a smoking woman is preserved in the collection of the Teylers Museum, Haarlem.[4]

Matthijs Pool made a series of prints depicting drinking and smoking peasants. He etched and engraved after our drawing, a copy of the print preserved in the coll. Rijksmuseum, Amsterdam.[5]