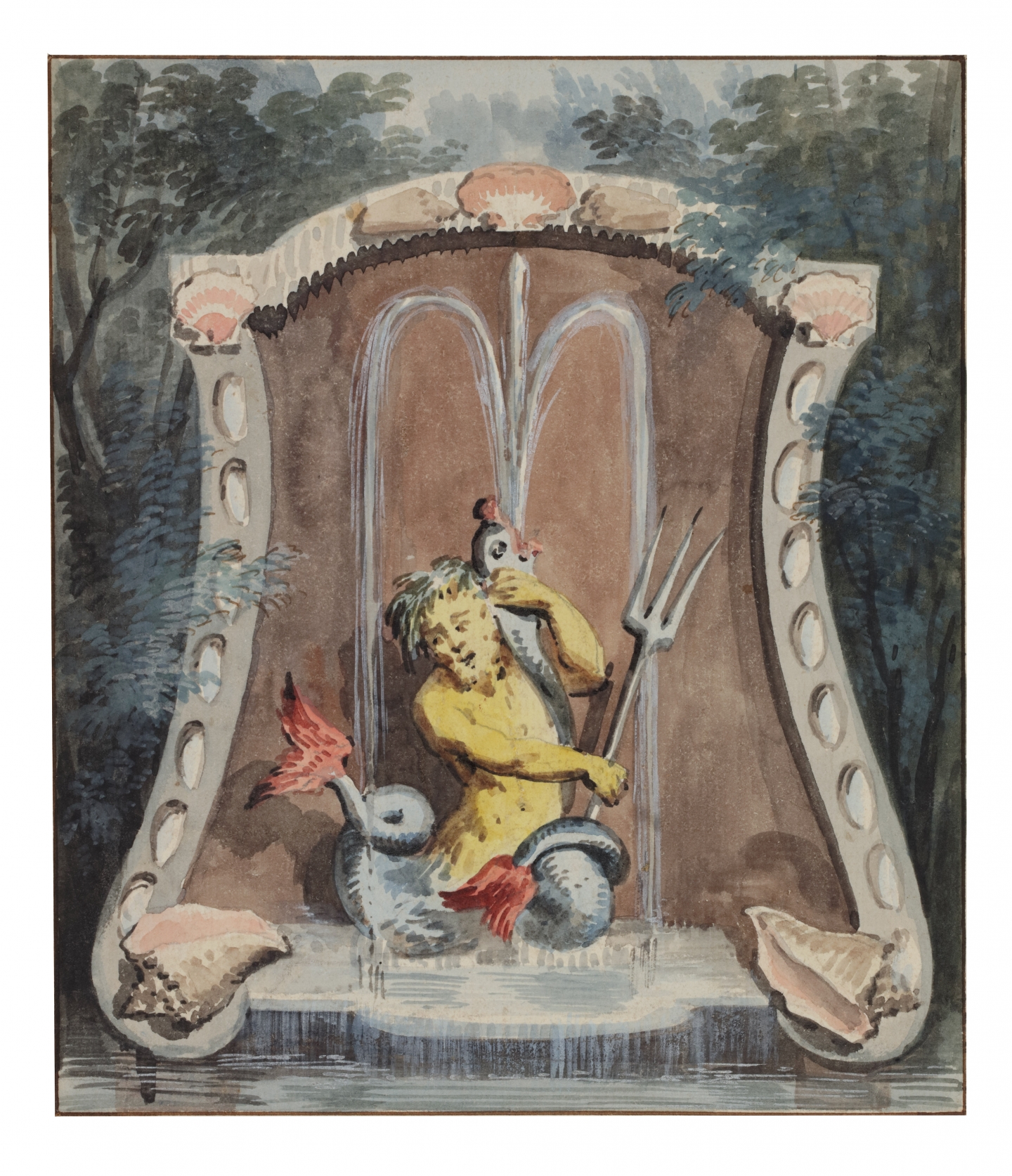 After his apprenticeship to Adriaen van der Burg (1693-1733) Aert Schouman was active as painter, draughtsman, (glass) engraver (etching and mezzotint) and book-illustrator, producing numerous wall-hangings, supraportes, watercolours and prints. Asides from all of this, he gave drawing lessons and was active as Art dealer as well. Schouman acclaimed most of his fame as animal and especially birds draughtsman, producing numerous splendid watercolours drawn with a most refined intricate technique and his very own mixture of pigments.[1]

Shells became a popular field of interest during the seventeenth century with collectors embossing their cabinets with the most splendid choices of specimens, symbolizing Gods creation, allegories of Water, Wind and the Sea as well as the transiency of life which made them figurate perfectly in Vanitas paintings. Just like tulips, shells (brought by VOC- and WIC-tradesmen) represented valuable objects for speculation and fetched high prices before they could be put on display in collectors' cabinets. Some collectors also had their collections painted, like the painting by Abraham Susenier, dated 1659 and probably commissioned by Willem van Beverwijck (1632-1665), son of the famous Doctor Johan van Beverwijck (1594-1647).[2]

With Andries Colvius' (1594-1671) cabinet of shells as one of the earliest, the city of Dordrecht counts a rich tradition of collecting shells and after returning from Ambon and the Banda-Islands, François Valentijn's (1656-1727) Oud en Nieuw Oost-Indien became a rich source of documentation of these cabinets and their contents.

With this abundant history of collecting shells it doesn't come as a surprise the very first Conchological Society (de liefhebbers van Neptunus-cabinet) was founded in Dordrecht with it's members gathering every first Wednesday of the month to share their passion for shells and show recent acquisitions.

Although we have not yet been able to localise the depicted fountain, it is well possible to be a fountain designed for one of the many country seats Schouman depicted for it's wealthy commisioners like Huis Zuydwind with it's royal gardens and menagerie, by then owned by mayor of The Hague, Mr. Hendrik van Slingelandt (1702-1759) who was an art-collector, amateur draughtsman and mecenas.[3]

Schouman's drawings of Zuydwind's elaborate gardens with numerous statues and sculptures show several fountains of similar design as well as a statue of what seems to be Neptune riding s seahorse.[4]

A big and warm thank you to Charles Dumas for confirming the authorship for Aert Schouman as well as Sander Paarlberg for bringing under my attention the very first conchological society "De liefhebbers van Neptunus-cabinet" Dordrecht.[5][6]