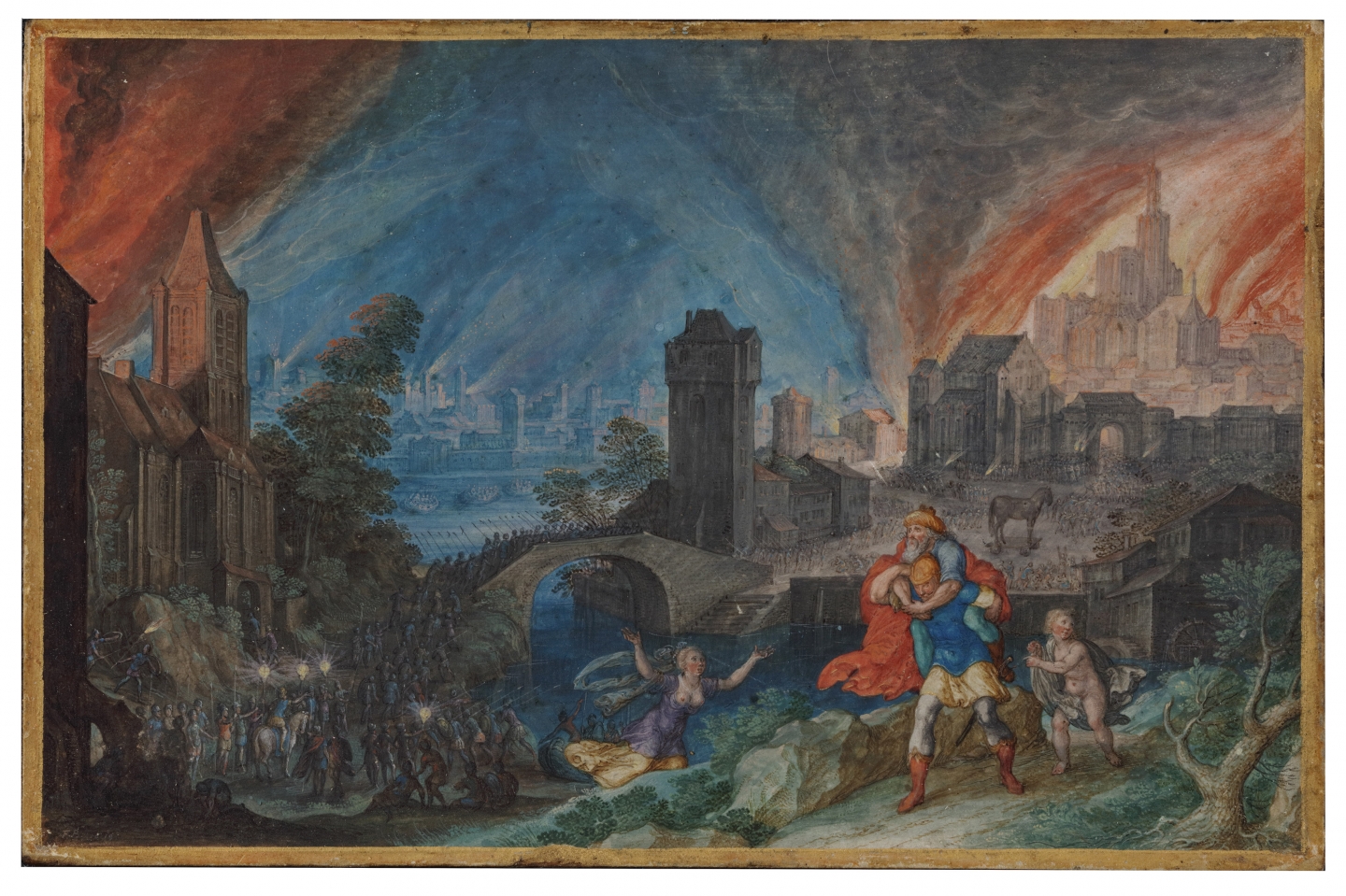 Little is known about the scholarschip of Friedrich Brentel (1580-1651), who was trained by his father Georg to become a miniature painter, Calligraph, Printmaker and designer as well. At the age of seven years old the Lauingen born Friedrich moved to Strassburg with his family. Friedrich married Anna Brackenhoffer in 1601 and the couple stayed in Strassburg where he received Royal commissions from Stuttgart and Nancy. Brentel cooperated with Matthäus Meriam (1593-1650) and Jakob van der Heyden. After 1620 he specialised in miniature painting, influenced by Hans Bol (1534-1593). Amongst Brentel's pupils were his own children Hans Friedrich and Anna Maria, as well as Sebastian Stosskopf and Johann Wilhelm Baur.[1]

In the depicted scene Virgil's epic poem Aeneid tells us the moment where Aenaes, son of the goddess Venus and the mortal man Anchises, flees from the burning city of Troy carrying his blind father on his back. On the left his wife Creusa who died on their way out of the burning city telling him to go to the West and follow the River Tiber. Aeneas' offspring would build the city of Rome on the grounds of Lavinium later.