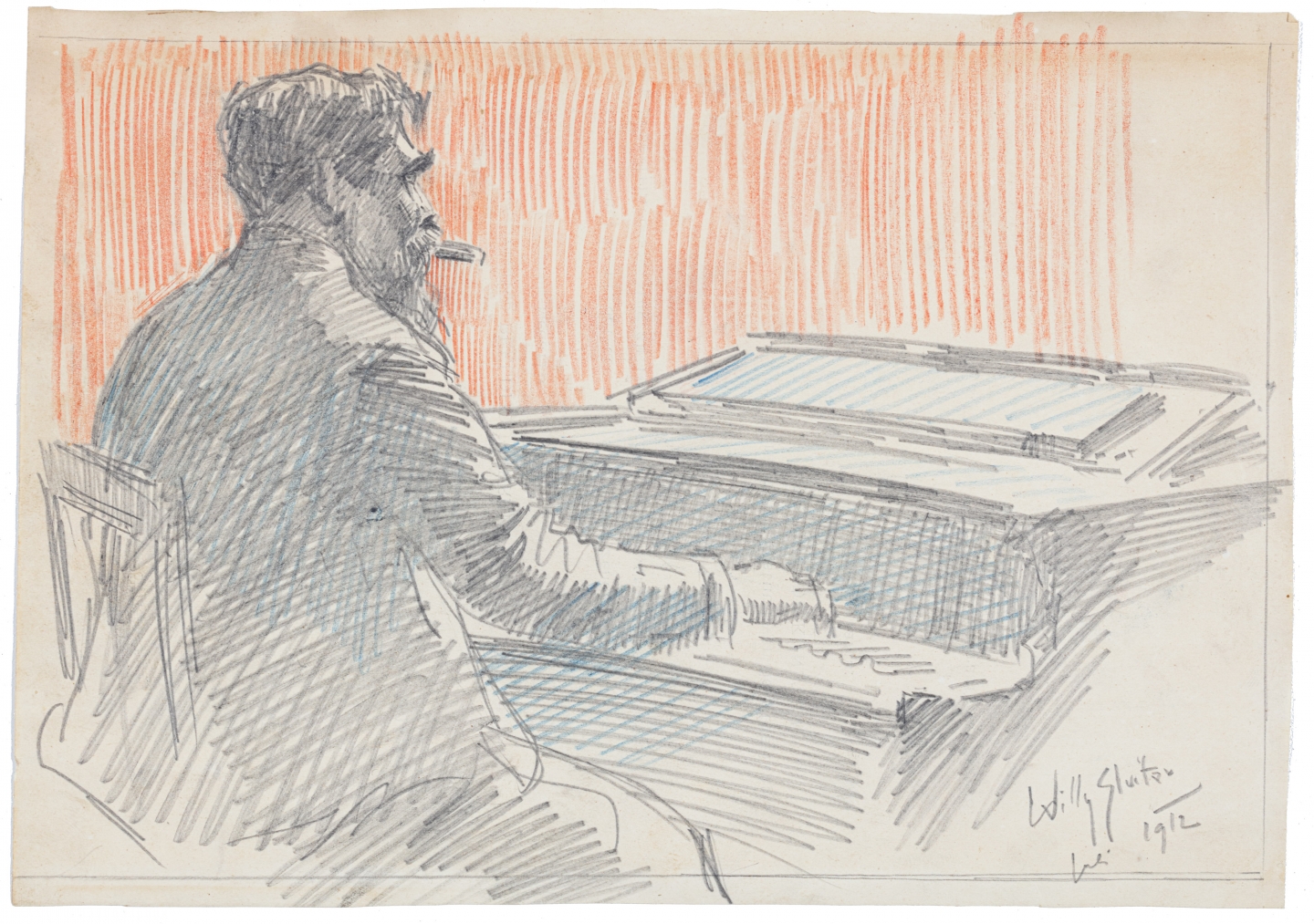 This rapidly drawn portrait shows Jan Toorop seen from behind while playing the piano and smoking a cigar. He is not posing, the spectator can only see his face from the side. Toorop’s characteristic facial features are nonetheless easy to recognize.

The Indonesian born Toorop was one of the leading Dutch artists of the late nineteenth and early twentieth century. His work was shown at the time throughout Europe. In 1912, Willy Sluiter and Toorop had already known each other for years. Sluiter portrayed his friend playing music instead of behind an easel - more commonly associated with a visual artist. Music was important to Toorop, who was a talented pianist. He stimulated his daughter Charley to study music instead of fine arts. Toorop knew several leading musicians and conductors in the Netherlands. Many of them were portrayed by him.

The reverse of this drawing is rather interesting. Sluiter re-used the paper of a letter, an invitation to participate at an art exhibition. Prices for the different disciplines - painting, drawing, watercolor and pastel, prints and sculpture - are listed. Artists are asked to send their best work. The sender’s address is located in Nijmegen, where Toorop lived in 1912. On the occasion this portrait was drawn Sluiter was probably visiting Toorop and used a lingering sheet of paper to sketch his friend while he was making music.

Interestingly Sluiter and Toorop have in common that they are excellent draftsmen and had a particular interest in graphic work. Sluiter’s oeuvre of works on paper is very divers. He also made cartoons, illustrations and graphic designs. Both artists are known for having been very social within their artistic circles. They were respected members of artists’ clubs and associations in different cities in the Netherlands and abroad at the beginning of the twentieth century.