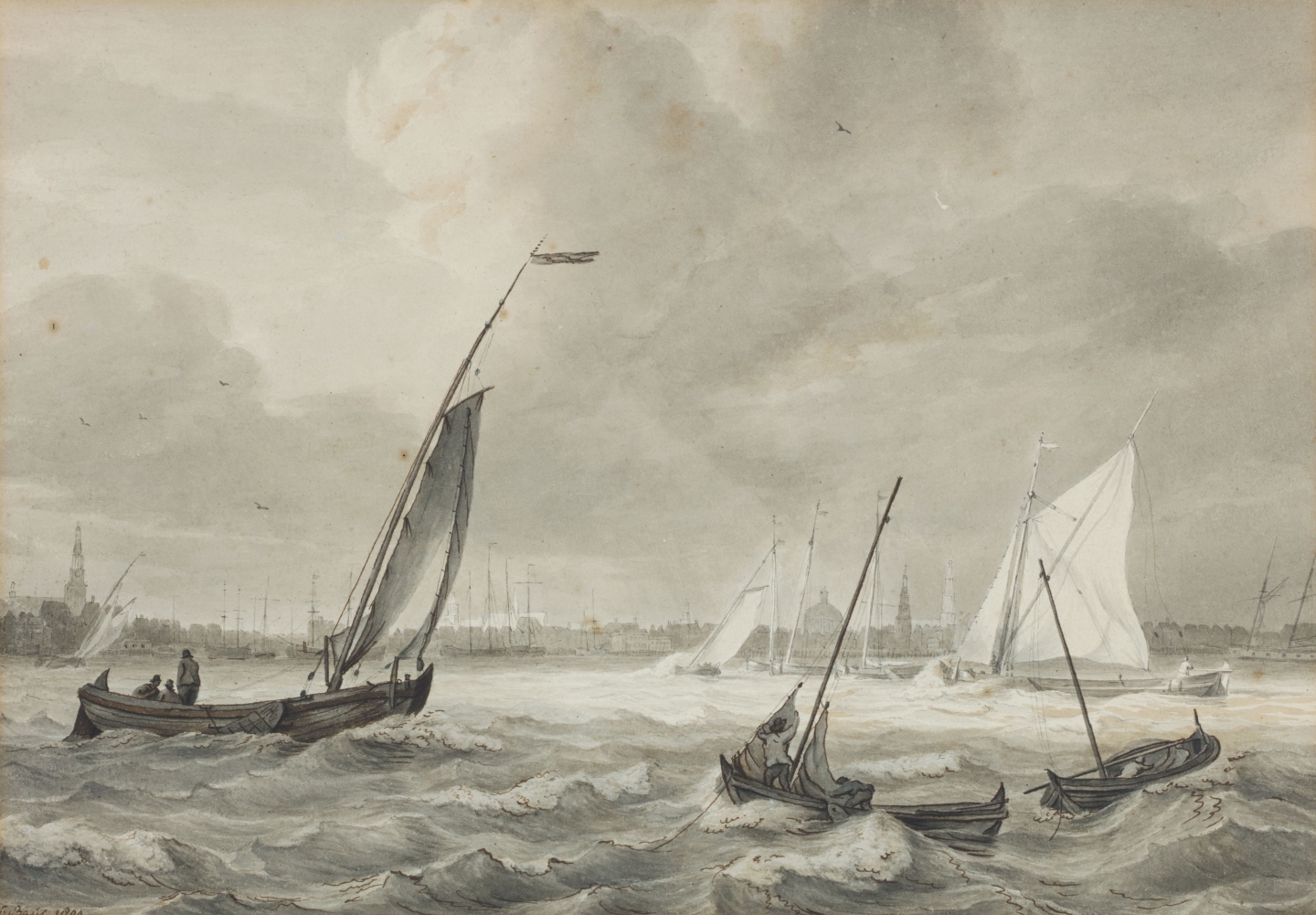 Nicolaas Baur's only known apprenticeship are the lessons in drawing and painting he received from his father Henricus Antonius Baur (1737-1820), a German immigrant who had settled in Harlingen as a portraitist and an art dealer. Little biographical information is known, but the young Nicolaas was a keen member of the Harlinger Toneelgezelschap, for which his father produced background paintings.

Although his father was fully devoted to portraits, Nicolaas devoted himself to the eighteenth century tradition of the painting of wall paintings, townscapes and landscapes. Baur also worked with P.G. van Os (1776-1839), who painted the staffage for his pictures. When fashion and demand changed in the late 18th century, Nicolaas changes his style and specializes in marines, the genre for which he is rememberred and highly appreciated until today. Nicolaas must have seen numerous paintings by his seventeenth century Marine predecessors in his fathers collection as an Art dealer and the auctions he organised. In 1808 his marine won one of the six prizes for best paintings at the biennial exhibition Tentoonstelling van Levende Meesters at the Royal Palace in Amsterdam, offered by King Louis Napolean who bought the painting for 500 Dutch florins. The younger brother of Napoleon Bonaparte was the first to collect contemporary Art asides from Old Masters for the Royal Museum, which later would become the Rijksmuseum Amsterdam.[1]

Asides of views of Harlingen, Rotterdam, Dordrecht and Enkhuizen, Nicolaas also drew panorama's of Amsterdam seen from the river het IJ. In the present drawing, which marks the beginning of his most prosperous prime, Baur shows Amsterdam on a windy but sunny day with several samoreus (Rijnaken) ships caught in full sunlight with the Ronde Lutherse Kerk/Koepelkerk and the Munt tower clearly recognisable and in the far distant center the sunlit Nieuwe Kerk.