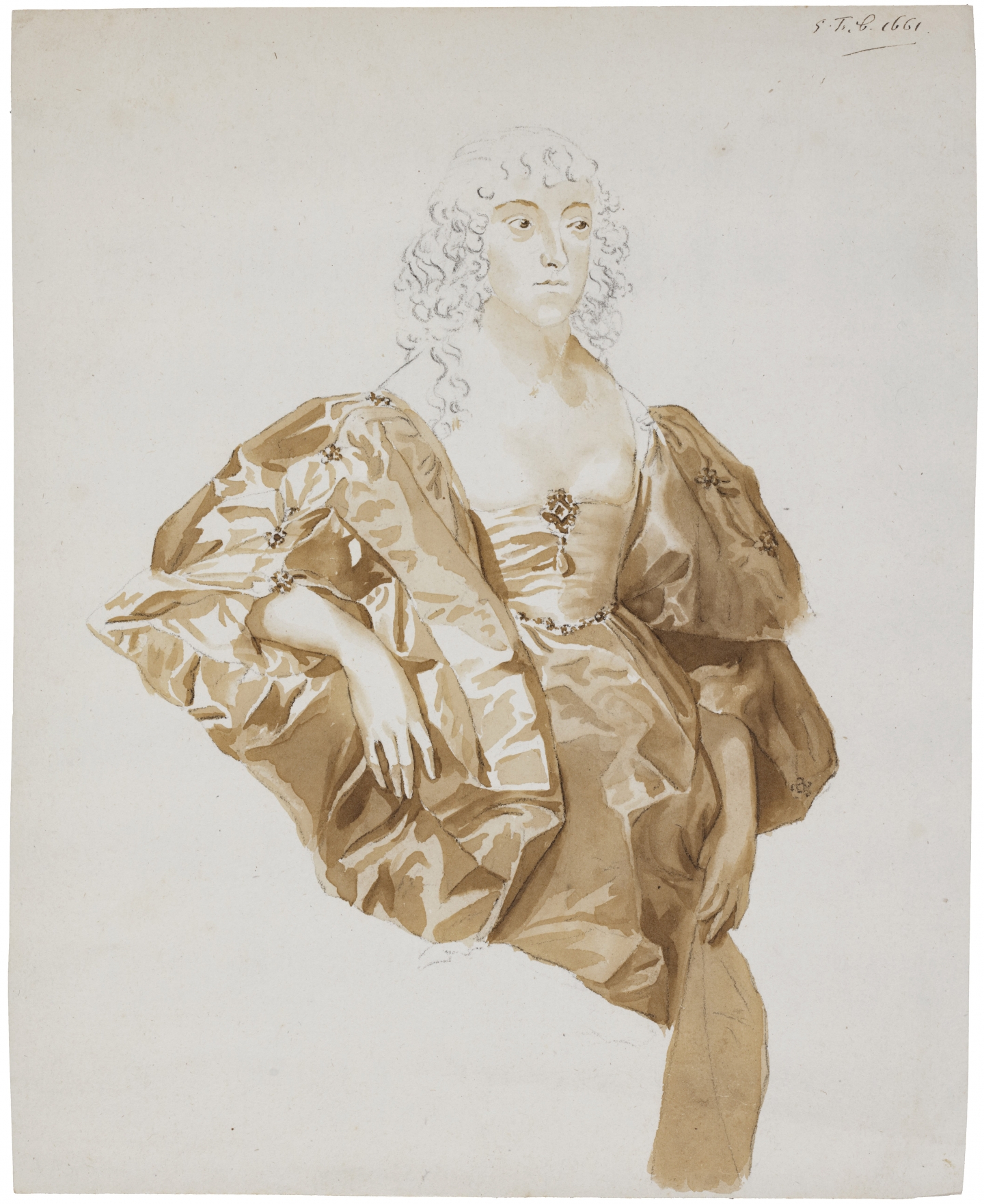 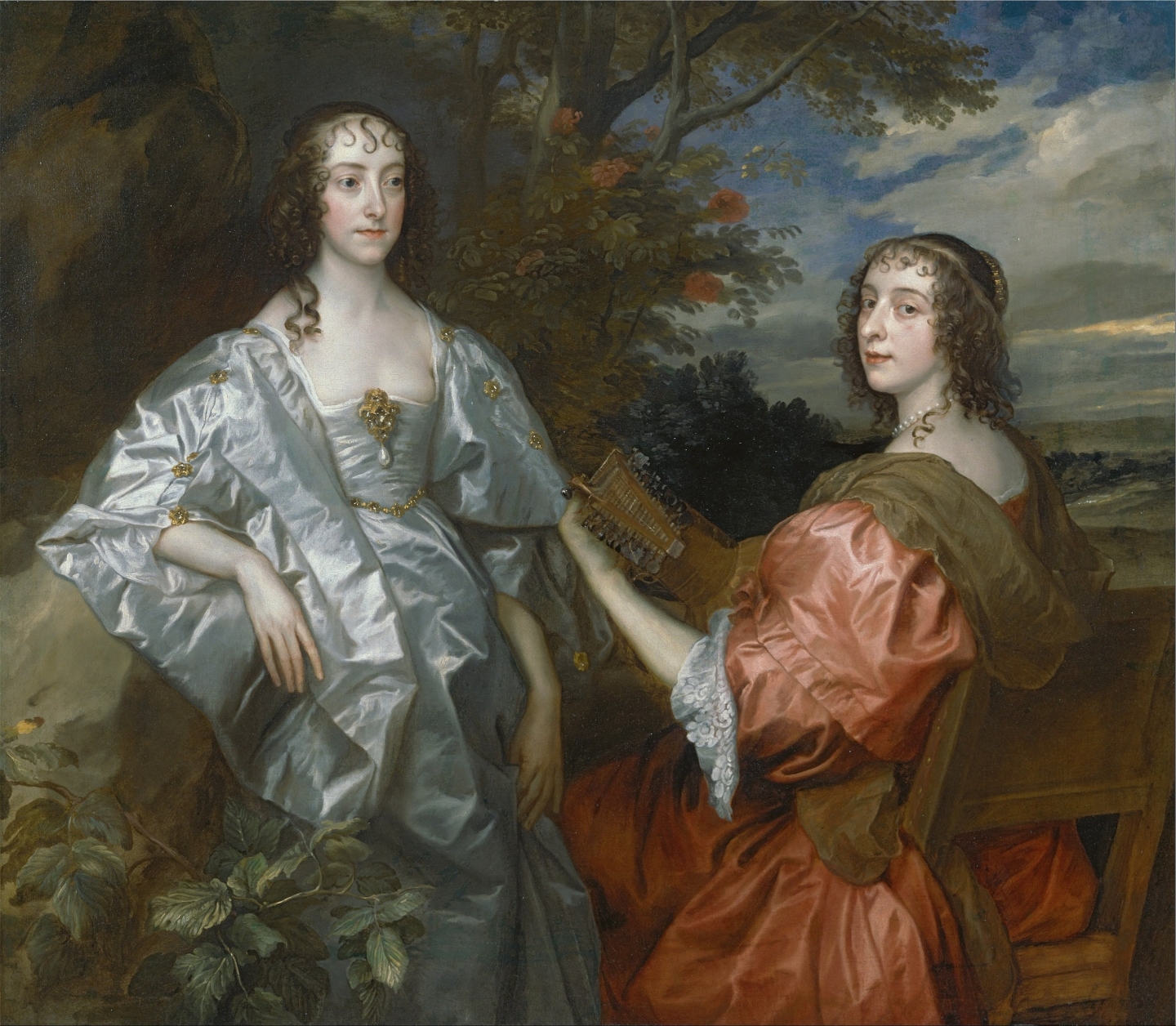 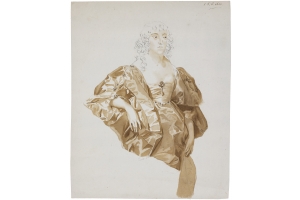 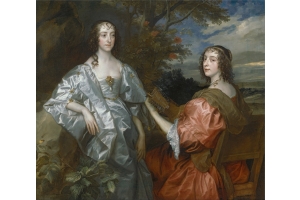 The present drawing appears to be a copy of part of Van Dyck’s portrait he painted c.1636-40 of Katherine, Lady Stanhope (1609-1667), later Countess of Chesterfield, with Lucy, Countess of Huntingdon (now in the Yale Center for British Art, New Haven), or perhaps after a version of the portrait with Lady Stanhope on her own (in a private collection).[3]

After the death of her first husband, Thomas 2nd Baron Wotton, Katherine Stanhope became the governess and confidante of Mary, Princess Royal and Princess of Orange after her second marriage with Philip Stanhope, 2nd Earl of Chesterfield (1634-1714). Asides from this she was the first woman to hold the office of Postmaster General of England.