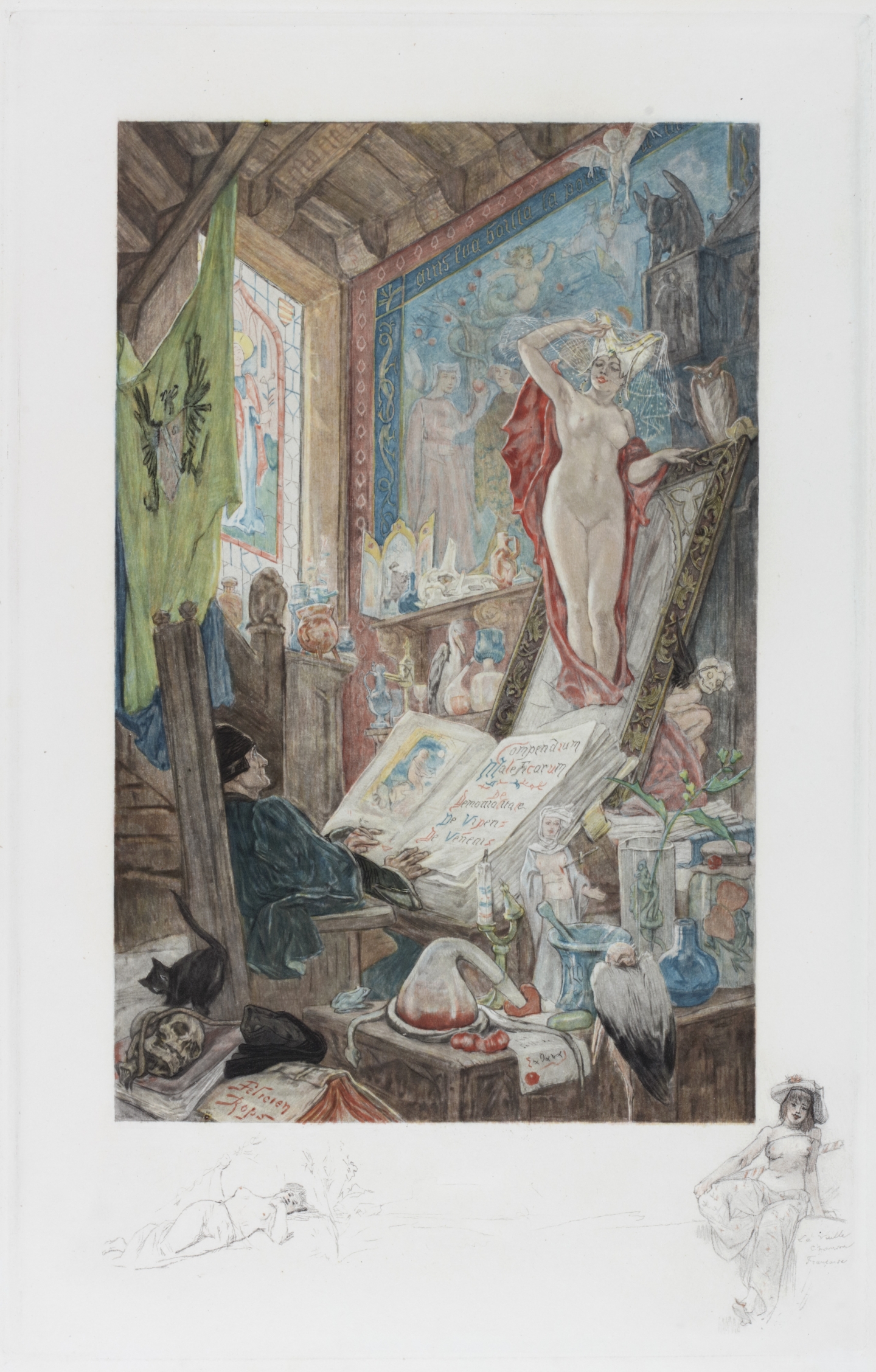 L'incantation (The Spell) is one of the illustrations used for Octave Uzanne's Son Altesse la Femme, edited in 1885 by Maison Quantin, Paris. This highly intricate print after the original watercolour shows an old man in great despair and melancholy, struck by a libertine fever. Desperately in attempt to regain his debauched lifestyle he invocates Black Magic and addresses to the Devil while reading Francesco Maria Guazzo's "Compendium Maleficarum", together with Heinrich Kramer and Jacob Sprenger's "Malleus Maleficarum" one of the main documents written on witchcraft and demonology.

Amidst an abundantly stacked alchemist's cabinet he is surrounded by owls, a marabou, love apples, a black cat, preserved hearts of newborn children and virginate parchment for his yet unwritten pact with the Devil. From the witch mirror right in front of him arises a nude woman as the Devil's emissary readily to usurp his soul.....On the back wall a fresco depicting Eve holding the forbidded fruit and a siren, mysogynic symbols Rops adopted after having been introduced to Charles Baudelaire by Gustave Poulet-Malassis in 1864.